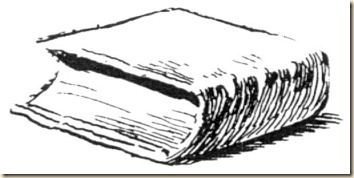 This is my 1,000th post on Civilian Reader. Which is pretty cool. I’d never expected to keep the blog going this long – nor did I ever expect it to become even remotely as popular as the stats suggest. I started it as a way to write about the books I was reading, more in order to keep my hand in at writing during long, empty stretches of my PhD (months of reading, followed by couple-of-week-blitzes was my normal approach to each chapter).

I’m not sure what I actually intended to do with this post. Perhaps ramble on at length about Lessons Learned, Milestones, and other self-indulgent topics. But the more I thought about it, the less interesting I thought that post would be.

Instead, I thought I’d offer just a quick few thoughts on some books that marked important milestones in my reading history before I started the blog, and have therefore not featured (or at least, not since people actually, you know, started reading it…). They are not always the best examples of any given genre that I’m fond of (a couple of them certainly aren’t), but they each hold a very special place on my shelves, and always will. 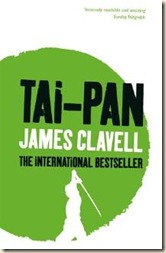 First up is James Clavell’s Tai-Pan, which marked the turning point in my reading habits, when I really started to love books and “graduated” from reading Whatever Was Around to actively seeking out new novels to read. It’s an amazing historical novel, one that is filled with action, politics, intrigue, epic romances, family dynasties, brilliant writing and a great, gripping plot. Naturally, I’ve never gone back to read it, lest my initial thoughts on it be dashed… One day, I’ll go back to it, and read the follow-up, Noble House.

Next up is Timothy Zahn’s Thrawn Trilogy, three of the earlier Star Wars novels – made up of Heir to the Empire, Dark Force Rising, and The Last Command. My sister owned these, actually, and one day in a school holiday lost to memory (sort-of, I was either 15 or 16), I nabbed the first book from her shelf and proceeded to read every Star Wars novel published to that point – this was before the pre-New Hope novels started coming out, and around the start of the New Jedi Order series which went on far too long (18-book series-within-a-series! Insanity!). I followed these three novels with Kevin J. Anderson’s Jedi Academy Trilogy – Jedi Search, Dark Apprentice and Champions of the Force – which only helped cement my fondness for Star Wars fiction. I am, however, still not overly fond of any fiction set in the time of Episodes I-III… 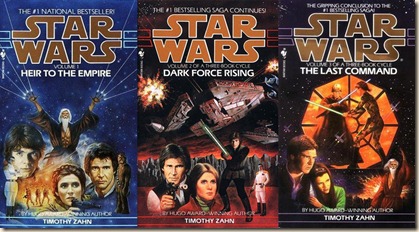 Around the same time as I was spiraling into Star Wars Nerdvana, I was also discovering Anne Rice’s Vampire Chronicles, a series I have gone back to many times. I remember finding Interview with the Vampire a strange book to read (it’s all speech, for one, but also I was so familiar with the Tom Cruise and Brad Pitt movie adaptation, that I had difficulty separating the two at the time – I’ve since got over that). The Vampire Lestat and Queen of the Damned, however, I consider one of my favourite books (they go together, and I can never read them separately). The rest of the series has many high points, but they started to get a little strange and weaker as time went by. For example, while re-reading Blood & Gold a couple of years back, I remember muttering on a number of occasions “If she writes the word ‘love’ one more time, I’m going to fucking scream!” I intend (as I have intended for oh-so-long) to re-read Tale of the Body Thief and Memnoch the Devil again very soon. Like many teenagers who discover these books at that particular age, they sparked what has been a very long, continuing love of dark and gothic stuff (followed years later by love of goth metal, a taste I maintain today). But no, I never dressed like a vampire or believed I was one. Except on Hallowe’en…

Two books that deserve mentioning, both by China Miéville, had very different impacts on me. My first year college roommate leant me Perdido Street Station after the summer exams, and I really didn’t care for it. When I finally finished, while I recognised Miéville’s gift for world-building and wordsmithery, I just didn’t really love it. Or much like it. So it was a huge surprise when I picked up The Scar not long afterwards and devoured it with enthusiasm. It is one of the books I’ve revisited the most. One of these days, I’ll finally get around to reading Iron Council, the third book in Mieville’s New Crobuzon series… 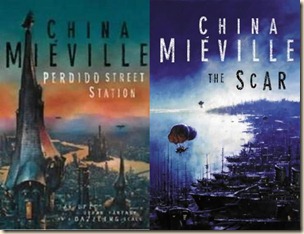 Bernard Cornwell’s Archer and Sharpe Series deserve a mention, as I devoured them in quick succession and even ordered a handful of the latter to be delivered to me in Japan during my second year of university (it was a compulsory year abroad). I loved his characters and the stories he wrote, and Sharpe remains the only non-tie-in epic series I’ve read most of. As a life-long history enthusiast, these novels really brought the times alive for me, while also keeping a strong focus on the stories themselves (and I even read and enjoy the historical notes, too). 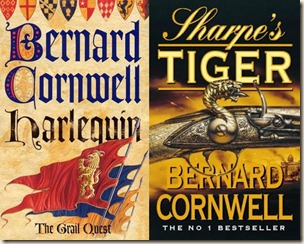 James Patterson’s Violets Are Blue bears the responsibility for turning me into a thriller fanatic. This novel was one of the last early few that could be considered great, before he started churning out a bajillion books every year co-written by everyone and their dog. 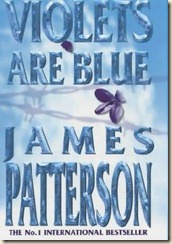 He’s getting better again (the Alex Cross series, anyway), so I’m quite happy about that. But, nothing he’s written recently has come close to matching the early Cross novels. Roses Are Red still has one of the most surprising and well-handled bad guy reveals. After Violets Are Blue, I proceeded to devour the whole Cross series, then moved on to John Sandford, Kyle Mills, Vince Flynn, David Baldacci (I count these last four among my top 10 authors), and Tom Clancy, and many more besides.

Actually, while I remember, Kyle Mills deserves a little extra mention – his Mark Beamon series (Rising Phoenix, Storming Heaven, Free Fall, Sphere of Influence and Darkness Falls) is easily one of my favourite thriller series, mixing FBI investigation with plenty of Washington and political intrigue. He doesn’t write as prolifically as many other thriller authors (and I really need to get caught up with his latest, a techno-thriller, The Immortals), but he writes great plots, characters and dialogue. And Rising Phoenix has one of the coldest “solutions” to the drug war I’ve ever come across, and executed in a near-perfect thriller novel. 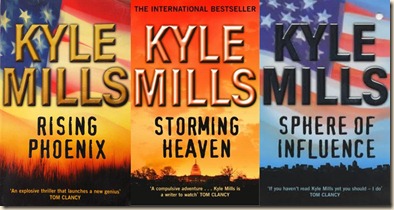 My obsession with fantasy, beyond Warhammer and Terry Pratchett’s Discworld series, truly began when Emma urged me to read Scott Lynch’s The Lies of Locke Lamora. I loved it. I bought and devoured Red Seas Under Red Skies soon afterwards, and I’ve been eagerly awaiting Republic Of Thieves like a good, rare patient little fanboy that I am. Strangely, though not unlike Tai-Pan, I’ve never come close to re-reading it. I’m too worried it won’t live up to my first impressions. I’ll give both of the novels a read before book three is released, and maybe post a Second Look review or something. We’ll see. It’s brilliant, and I’ve lost count of how many people I’ve bought it for as a perfect gateway drug into fantasy. The Lies of Locke Lamora did everything I’d always wanted fantasy to do. 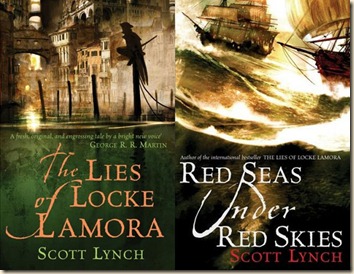 Taking a slightly different direction with this last one, Christopher Hitchens’s biography of Thomas Jefferson (the only one of his that I’ve read) started my obsession with the US Presidency. I’d always been interested in American politics, sure, but this short book made me particularly fascinated with the men who have been president. It’s not the best of the 100+ books and biographies I’ve now read and collected, but it was the first. Followed very quickly by Robert Draper’s Dead Certain, which was the first book review I posted on CR (before I moved it over to Politics Reader).

You may have noticed that there has been only passing mention of Terry Pratchett’s superior Discworld series. This is not because it doesn’t deserve mention – it does – but it is in a league wholly of its own, and I feel it would be almost redundant to write that it’s awesome and one of my continuing favourite series. So, yeah. Go read it. Start with the City Watch series (Guards, Guards, specifically) and enjoy! Pratchett is also, partly, why Neil Gaiman’s American Gods hasn’t got a mention – put simply, without Pratchett, I never would have tried anything by Gaiman (because of Discworld, I tried Good Omens, which led me to American Gods).

So. That’s my rather self-indulgent 1,000th post. Stay tuned this week for a giveaway that may or may not be happening. It really all depends on whether or not I feel like it.

Posted by Civilian Reader at 4:57 AM