A little while back, Brian McClellan wrote a guest post for me. Ever since then – in fact, a little while before then – I’ve been dying to read his debut novel. My anticipation for the novel was only ratcheted up higher today, when Orbit released the fantastic artwork: 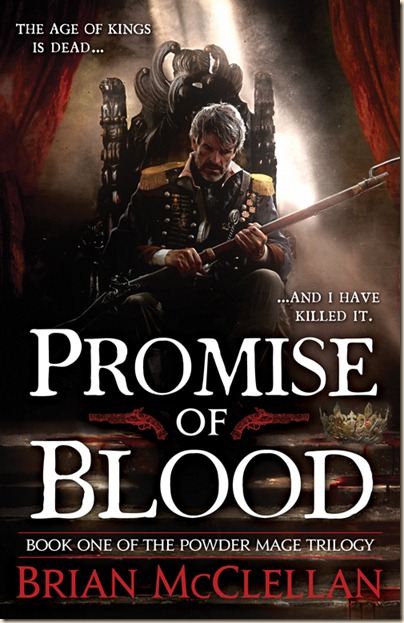 This is fantastic. Can. Not. Wait.

Promise of Blood will be published by Orbit Books in April 2013. Here’s the synopsis:

Posted by Civilian Reader at 3:59 AM