An Interview with TIM LEBBON 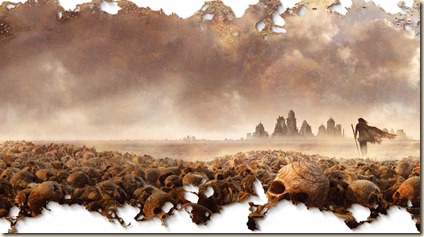 Tim Lebbon is a busy author, and one who dabbles in the darker corners of fantasy. Lebbon’s work has always been on my to-watch list, but I have sadly never had the chance to really devote much time to his fiction. This is going to change, however, as London Eye is my next read (see below). This year, in particular, he seems extra busy, with a number of fantasy, sci-fi and YA titles either already available or on their way. What better time to get in touch and give him a grilling about all his novels?

I thought I’d start off with something relatively straight-forward: Who is Tim Lebbon?

You have a number of new and upcoming novels, so I thought I’d deal with them individually. First up, your latest YA novel, London Eye, is the first in your Toxic City series. How would you introduce the series and setting to a new reader, and what can we expect from the novel? 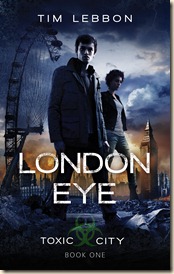 It’s an apocalyptic novel set in a near-future UK, with the population of London all but wiped out in a terrorist biological warfare attack. The authorities claim that London is a toxic wastelands and that no one can live within the boundaries they have thrown up... yet there are survivors. And they’re changing.

London Eye follows a group of teens as they enter London to see whether their families survived the catastrophe. They’ve never believed the official position on London, and now they have even more reason to doubt. Because someone has come to them from out of London. And she can heal with a touch.

How did you come up with the idea for this novel?

Wow... that was a while ago, and I can’t really remember where the genesis of the idea came from. With me it’s often a first line, a single image, an idea that will expand into a whole story or novel. That then expands into so many other ideas, like branches on a tree, that it’s difficult to remember which came first!

You’ve also written what appears to be a dystopian science-fiction novel, Coldbrook – what’s this one about, and what inspired you to write it? 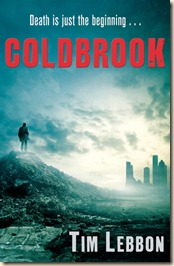 Coldbrook is a huge-scale apocalyptic zombie novel... except it’s not only our world being wiped out, but a seemingly infinite number of alternate Earths, too. There’s a good helping of SF in this one, with multiverse theory and wormholes making a prominent appearance. I’ve always loved destroying the world in my fiction, so I wanted to write one massive apocalyptic novel... and this is the one. (That’s not to say there won’t be others, though...)

From your website, I see that you’ve landed a contract to write a novel set in the Dawn of the Jedi era. How did this come about, and what can you tell us about the novel itself?

I’ve written Hellboy and 30 Days of Night novels before, and one of the editors I worked with on my first Hellboy novel is now with Lucasbooks. They wanted someone for the Dawn of the Jedi novel, and chose me, which was very flattering. The novel takes place at the same time as the excellent Force Storm comic arc (from Dark Horse), and it was an absolute pleasure to write. I had great fun. I can’t say much more about the novel, other than it’s a great adventure story, with darker depths. 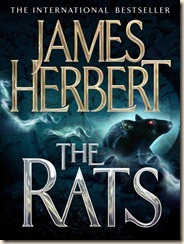 My mother gave me James Herbert’s The Rats to read when I was 9 or 10 (never did me any harm!) and I’ve never looked back. I love monsters.

It’s the best job there is. I consider myself very lucky to be able to do what I do for a living... although I’ve worked very hard to get where I am, and continue to work hard now. I write around the normal school/working day, but also sometimes in the evenings or weekend. I have a laptop so I move around the house, and occasionally I’ll go out to work in a coffee shop. Noisier than at home, perhaps, but it’s somewhere I can’t just get up and wander around. The downside is too much coffee and cake (if that is a downside).

I’ve written ever since I was a kid, almost from when I could pick up a pencil. There have been many milestones – finishing my first novel at 13, writing my first horror story at 20, having my first novel published at 27 – but I’ve always loved telling stories. Realising that perhaps I could do this for a living was a gradual thing, as I had more books accepted for publication and the money started to get better.

The horror genre is up and down, probably always will be. I don’t really think about where or how I fit in, I just write what I want to write and am often lucky enough to sell it.

The second and third books in the Toxic City trilogy will be published over the next year or so. The Star Wars novel is due next May (I believe), and I’m working on lots of other stuff, including a new dark fantasy series, a new proposal with my collaborator Chris Golden, some TV and movie proposals, and other exciting projects. 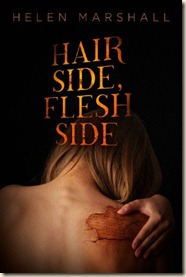 Fiction – Helen Marshall’s Hair Side, Flesh Side, a remarkable debut collection from the talented Canadian writer. Non-fiction, I’m reading a lot about endurance sports, as I’m into running and cycling.

I’ve entered my first Ironman race for next year... and I’ll be 44 when I do it!

Tim Lebbon is the author of the acclaimed Echo City and The Heretic Land, both published by Orbit in the UK.