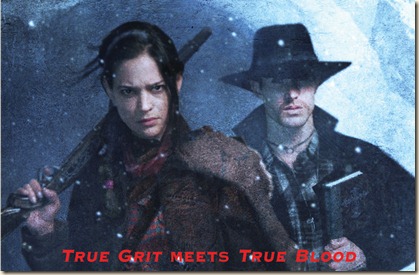 I talk to debut Angry Robot Books author Lee Collins about his new series, his love of European metal, the strangely unexplored genre of weird West, his writing and hopes for the next twelve months.

I thought I’d start off this interview with something straight-forward: Who is Lee Collins?

Lee Collins is a construct I created to protect myself from the inevitable rejections and scathing reviews of the writing world. He has high HP and good armor set bonuses, but he traded half his wisdom score to some sketchy sorcerer for a +2 shield of blocking. Beneath all that steel, though, he’s a guy with incorrigible hair and penchants for books, video games, and European metal. 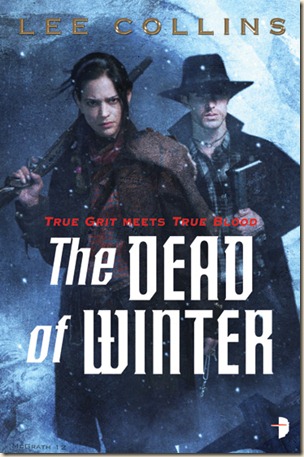 Your debut, The Dead of Winter, will be published by Angry Robot Books in October, with the sequel (She Returns From War) coming in February. How would you introduce the series to a new reader?

The series tells of Cora Oglesby, an Old West bounty hunter who specializes in hunting supernatural bounties. Originally conscripted by the Catholic Church, she and her husband Ben began searching the endless wilds and ungoverned city streets of the American Frontier for all manner of work suited to their particular talents. What they uncover in Leadville seems like an ordinary job – as ordinary as such jobs get – but soon reveals itself to be a menace more intelligent and deadly than anything they have ever encountered. 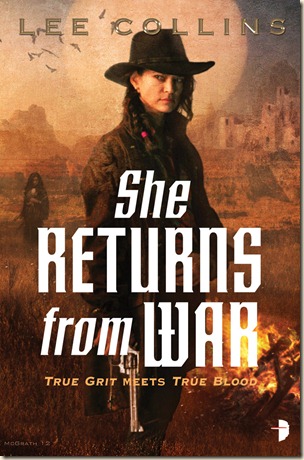 The idea for a Western horror came to me via Morpheus Tales, who had a call for submissions for a Western-themed issue in 2008. I dropped a character I’d been toying with into a story and submitted. Both the character and the setting continued to grow on me until they became a book. In general, inspiration usually comes from multiple forms of media (books, movies, television, video games) and real-world mythologies.

I was born into it. As a kid, my mother would read The Chronicles of Narnia to my brother and me at bedtime, and my dad loved watching Star Trek and Doctor Who reruns with us. Such an environment is bound to produce results, and so it did: my fifth-grade book reports were on The Lord of the Rings.

It’s certainly different than I imagined it would be, but it’s been a thrill nonetheless. I’d always pictured writing as a solitary endeavor: you write your manuscripts, editors send them back, you revise, then they get published. My awkward introductions to both social media and conventions have succinctly shattered that illusion. 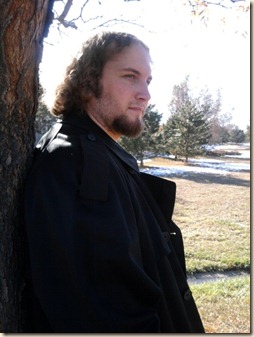 Where research is concerned, I’m fortunate to work at a university with an extensive library. Staff borrowing privileges are generous, so I can check out quite a few items at a time. My writing habits tend toward the “feast or famine” model: I will pound out an entire manuscript in a few months, then spend some time recharging. Not very good for establishing methodical discipline, but it works for me.

I first had the idea that I wanted to do this near the end of high school, but was briefly distracted by the allure of a music degree. When faced with my utter lack of skill at both the marimba and sight-reading sheet music, I started looking back at the English program with longing. Stephen King’s Dark Tower series finished tying the noose.

My first foray into writing came in the seventh grade. I wrote a short historical fiction set in King David’s time for a class assignment, but I didn’t enjoy it all that much. I got marked down for my lack of physical description, but since the physical description I did put in included Biblical Hebrew soldiers with blue eyes, it’s probably best I didn’t elaborate. After that episode, I wrote poetry exclusively until college.

Personally, I think the genre (or sub-genre) of weird West is strangely unexplored for being as old as it is. Only a handful of authors have used this vast and versatile setting, but even with names like Joe R. Lansdale and Stephen King involved, the genre never really took off. I’m hoping The Dead of Winter can spark a new interest in the limitless potential of the Old West as a setting for speculative fiction.

I’m currently working on refining a synopsis for a third book in the Cora Oglesby series. Should the winds not blow that way, I’m also doing some background research for a science fantasy set in Soviet Russia. Further down the line, I’ve an idea for a (probably YA) modern-day urban fantasy involving aquamancy and tai chi-inspired swordplay.

I just finished The Corpse-Rat King by fellow Angry Robot Open-Door Month author Lee Battersby: a great story enhanced by bouts of slapstick and absurdist humor. Definitely worth a look if you like dark fantasy with a tongue-in-cheek voice. Next up is Chris F. Holm’s Dead Harvest. I’m pretty new to detective noir stuff (my other foray being Adam Christopher’s Empire State), but it’s got me hooked so far. 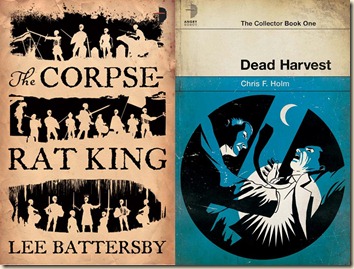 I’ve been a licensed private pilot since I was eighteen. A high school friend’s father flew for United and convinced me that a flight career was both fun and lucrative. Being the impressionable fool I was, I decided that such a career sounded pretty close to perfect, so I got my license that summer. The experience taught me that flying, while very fun, is also a miserable career due to the (understandably) strict nature of airline employment. Thus, thoughts of Captain Me were banished.

Aside from seeing both The Dead of Winter and She Returns From War on bookstore shelves, I’m eagerly anticipating the next installments of Anne Lyle’s Night’s Masque and Saladin Ahmed’s Crescent Moon Kingdoms series. My gamer side is looking forward to Bioshock: Infinite, The Last of Us, and some of the upcoming titles for the Wii U.

Here’s the synopsis for The Dead of Winter:

Cora and her husband hunt things – things that shouldn’t exist.

When the marshal of Leadville, Colorado, comes across a pair of mysterious deaths, he turns to Cora to find the creature responsible. But if Cora is to overcome the unnatural tide threatening to consume the small town, she must first confront her own tragic past as well as her present.

A stunning supernatural novel that will be quickly joined by a very welcome sequel, She Returns From War, in February 2013.

The Dead of Winter will be released in November 2012, and She Returns from War will be published in January (US) and February (UK) 2013. I’m hoping to get to the first novel very soon, as I really like the sound of it.

For more on Lee’s writing and books, check out his website, and you can find him on the Twitters as well.