Catching up with SAM SYKES 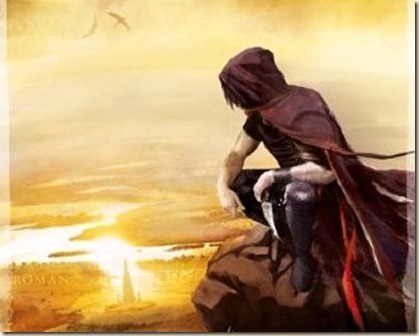 I think Sam Sykes is one of the most interesting young authors currently writing in the fantasy genre. (I think, actually, he’s younger than me, which should give me license to refer to him as a “Scamp”…). His Aeons’ Gate series (which I always punctuate wrong – see the first question, below) has been a blast to read. It’s weird, dark, funny, terrifying, brutal, and populated with flawed, realistic characters. With the third book in the trilogy now available (through Pyr in the US, Gollancz in the UK), I thought it would be a great time to get in touch with him and ask him a few catch-up, post-game-style questions.

The Skybound Sea marks the end of Aeon’s Gate, your first series. How does it feel to have it finished? 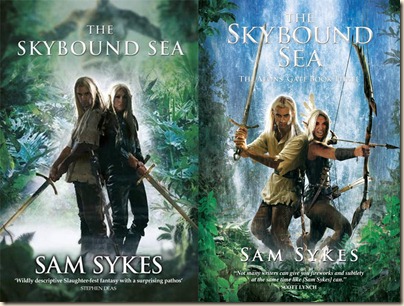 Don’t get me wrong, I’m thrilled that the trilogy was wrapped up so nicely. I’m thrilled that it gave a lot of people something new and different, at once darker and grittier than other fantasies while also being bereft of the general grimdark right-bastard-laden malaise that seems to have settled over fantasy of late. Most of all, I’m really pleased to be able to look at where I was when I turned in Tome of the Undergates and where I was when I finished the edits of The Skybound Sea and realize just how far I’ve come.

And yet... I’m a writer now. That’s what I do. I write. It doesn’t really occur to me to sit and enjoy the moment of having written a trilogy in the same way that a carpenter probably doesn’t sit and enjoy a house he’s just built. He may admire it, yes, and he may be pleased with what he does, but there is still more to do.

This is the beauty of turning passion into a career. If I can reach the point where I can look at what I've done and not feel the need to pat my own ass, I’m still unlikely to find my head up it. 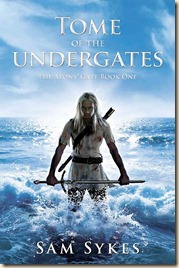 Man, I’d love to go on at length about the writing lessons I’ve learned: the power of suggestion over description, the punch of minimalism, the difference between glorifying violence and making it terrifying. But those are all, like, full-length blog posts for every topic and there are so many.

The greatest challenge has been one that’s still going on and may haunt me for the rest of my days and it comes in the form of a simple question: am I doing the right thing?

When I first started as a published author, I had other people to answer this for me. Some critics said yes, some said no. I listened to them both and fretted about it until I realized there was nothing I could do for either of them; the story would be what it wanted to be, regardless of their wishes.

When I published my second book, I had depression to answer this for me. In some dark, gloomy part of my mind, there was something that would often say I’d never be as good as the standards that had been set by authors before me. This went on until I realized that those standards changed from person to person, and I couldn’t really judge myself by a nebulous standard.

Also the most annoying. 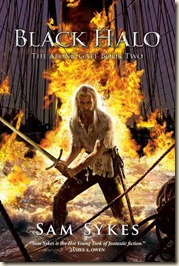 Reception, I couldn’t really speak to. I don’t read my own reviews anymore, so I’ve no idea what the blogging public thinks of me as a whole.

I read all the email I get sent, though, and there’s been some interesting tidbits. I found some people who loved characters I thought they wouldn’t. Originally, I was worried that Kataria wouldn’t be a very interesting character for women to read and I’ve since discovered she’s probably one of the most popular. I didn’t think many people would find a lot of redeeming qualities in Sheraptus, but some people have really adored the way he’s changed from a haughty, arrogant madman to a thoughtful, inquisitive madman.

Again, those are a lot of topics that could come down to a lot more to talk about in their own time.

Ultimately, The Skybound Sea proved something new and interesting for me. It was one of the rare times I really let go of everything and watched things slide together. I had no idea that Sheraptus would take the route he did, for example, and that really surprised me as it took its own tone. I didn’t expect Asper to become the kind of resolute stalwart she did, but damn if it didn’t work out nicely.

A story, though, should always be open to the possibility of surprise. If it goes the way you planned it, fine (though I’m currently discovering that things going according to plan are often harder to stay invested in than things being unexpected). But to stay iron-clad devoted to an outline is to strangle your story’s voice. Hence, if things are surprising the author, as The Skybound Sea did, then it’s doing its job nicely.

Jesus, what wouldn’t I have done differently?

Tome of the Undergates is too verbose. There’s not enough hints of genuine affection between the characters. The fight went on too long. The bloodshed was gratuitous. There was a lot of tactless humor. A lot of it was pretty immature.

Black Halo was too slow. The fight scenes were ponderous. The character development was very understated. There was a lot of relationship drama that wasn’t balanced by people getting stabbed in the face.

But would I change any of it?

Flaws are as much a part of that voice as the flawless. A faded painting has more significant than something fresh and new. A house without cracks and patches is a house that hasn’t done much in its day. Uniqueness is more beautiful than symmetry.

Signed another trilogy with Gollancz. Should be fun. Got some spider-people who wear portraits on their faces because they think they're too hideous, otherwise.

What do you think about bears?

Can’t get enough of ’em!

Awesome, that means I can finish with this… 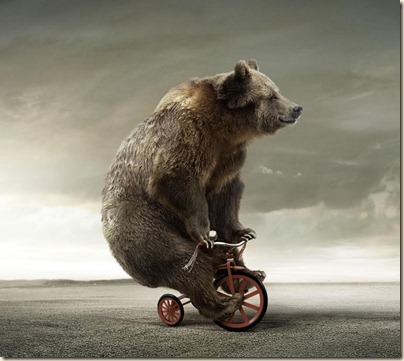