My Favourite Novel by Brian McClellan

This is the first installment of a new series of guest posts. It’s pretty self-explanatory what it’s all about. Brian McClellan, the author of the upcoming Promise of Blood (book one in The Powder Mage Trilogy) coming in April 2013 from Orbit Books. Over to Brian… 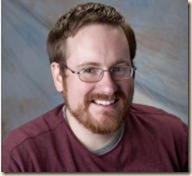 I often tell people that I don’t have a single favorite novel. I have dozens of favorite novels. Books I’ve read and loved and re-read; with engaging characters and nasty villains and a compelling plot. If I’ve read a 150,000 word novel in less than twenty-four hours, how can I not list it among my favorite books? And of all those, how can I choose which one is my favorite?

If I tell you that I don’t have a favorite novel, I’m lying.

My favorite novel, without question, is The Count of Monte Cristo by Alexandre Dumas.

What’s strange is I’ve got a whole laundry list of favorite authors. All of them are genre writers of the last century and Dumas isn’t even close to making that list.

Nearly eighty percent of what I read is epic fantasy. I love the disconnect. I love the depth and the rollercoaster of adventure but most of all I love the escapism into a world that never was and never will be. When it comes to novels – that is, not actual history, which I quite enjoy – I’m very vocal about not wanting to read miserable crap that reminds us how awful life is. The real world is depressing enough.

The Count of Monte Cristo is not a happy novel, and the ending is bitter sweet. It has the depth and the rollercoaster but it is historical fiction. It takes place in a world that was very real and, in the grand scheme of things, not all that long ago. How do I explain my love for The Count of Monte Cristo? What does it have that puts it on a pedestal above everything else? 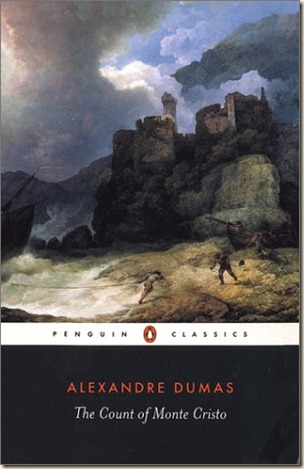 Nothing. Nothing that my other favorite books don’t have. It even lacks the fantasy escapism I love. But the things it does, it does so well that it’s in a whole league of its own. It has bloody passion the likes of which most novelists only dream of harnessing. It has a plot of escape, revenge, and redemption of epic proportions. It gives us a hero, Edmund Dantes, and turns him into the titular antihero.

It makes us cheer for him, raging with our fists held high as he dishes out vengeance. We’re mad for it. We love to see the bad guys get their comeuppance. But then our cheers grow quiet as we begin to see the swath of destruction left in his wake. We watch as the Count looks down and sees the innocent blood on his own hands and we're left shocked, blinking, wondering where it all went wrong.

It’s powerful. The book makes us choke on our own base desires. We want the blood of Edmund’s antagonists. We howl for it. And then we get sick when we see the cost of vengeance.

Just like Princess Bride is the heroic movie in my mind, The Count of Monte Cristo is the adventure novel.

Brian McClellan’s Promise of Blood will be published by Orbit Books in April 2013. Here’s the synopsis:

Brent Weeks has already had a chance to read the novel (the lucky devil), and had this to say:

“Promise of Blood is a hugely promising debut. Guns, swords, and magic together? What more could you want? How about tense action, memorable characters, rising stakes, and cool, cool magic? Not only the finest flintlock fantasy I've read, but also the most fun. Brian McClellan is the real thing.”

It’s certainly one of my most-anticipated novels coming out next year. Can’t wait. I’ll post the artwork for the novel as soon as it’s available (no idea if it’s even been started, so…).

Posted by Civilian Reader at 4:06 AM