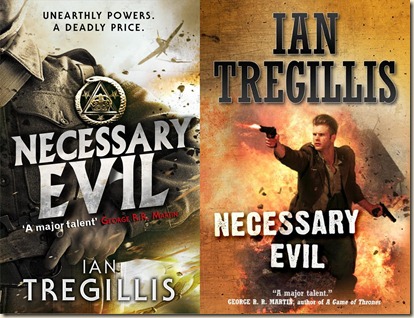 The masterful conclusion to the Milkweed Triptych

The history of the Twentieth Century has been shaped by a secret conflict between technology and magic. When a twisted Nazi scientist devised a way to imbue ordinary humans with supernatural abilities – to walk through walls, throw fire and see the future – his work became the prized possession of first the Third Reich, then the Soviet Army. Only Britain’s warlocks, and the dark magics they yield, have successfully countered the threat posed by these superhuman armies.

But for decades, this conflict has been manipulated by Gretel, the mad seer. And now her long plan has come to fruition. And with it, a danger vastly greater than anything the world has known. Now British Intelligence officer Raybould Marsh must make a last-ditch effort to change the course of history – if his nation, and those he loves, are to survive.

In the final book in Tregillis’s awesome Milkweed Triptych, superhumans and dark magic collide once again in a secret, supernatural history of early Twentieth Century. A series that has consistently impressed me, and improved with each book, Necessary Evil brings the story to a close with aplomb. This is a superb conclusion, and Tregillis has pulled it off, managing to tie everything up skillfully. And I almost cried at the end…

This is a very tricky review to write (I’ve said that a fair bit, recently, but it’s always true). Not only is this the final part of a trilogy, but it also features some time-travel, which for the first one-hundred pages or so messes about with events from book one and two. I don’t want to spoil anything for anyone, so I am going to deal very briefly with the plot, and then move on to general impressions.

The novel starts off with a brilliant prologue: it’s a summary of Gretel’s story thus-far, told in a strange disassociated-yet-intimate manner. It’s from Gretel’s perspective, and she talks about her powers and when they awoke, how she came to understand them, and gives us a very brief catch-up, without being clunky. Really excellent to start to the novel.

Raybould Marsh, one of Britain’s best spies, has travelled to an alternate timeline, in a desperate attempt to save at least one future from destruction at the hands of the Eidolons – creatures older than time, and pure evil. They have have been observing our species from space, and harbor an incandescent hatred for humanity. In order to accomplish his mission, Marsh must remove all traces of the Nazi’s “Willenskrafte” experiments, and the supermen that were created by the mad genius Dr. von Westarp.

Marsh’s biggest challenge, his bête-noir, is the mad seer Gretel, one of the most powerful of von Westarp’s “children”. A version of Gretel is in this timeline. She has seen all possible future timelines, and in every single one, she dies at the hands of the Eidolons, and she is determined that this will not come to pass, even if it means destroying most of humanity to save herself. Struggling with Gretel’s hidden agenda, his need to keep his true identity secret from those around him – including a younger version of himself, his mentor, his family, and his best friend – and also his single-minded desire to protect his family in this timeline, Marsh discovers that his mission could be too difficult to complete.

That’s all I’m going to say about the plot. Going into any more detail would just ruin so many surprises and innovative developments. As with Bitter Seeds and The Coldest War, I was hooked from the very beginning of the book. Everything about the novel worked for me: Tregillis’s excellent prose style, the steady pacing, the gripping narrative, and fascinating supernatural elements just worked for me. Most of all, though, the characters are all compelling, realistic, and nuanced. This is a superb series.

The various questions raised by the end of The Coldest War are all answered, and the remaining loose ends are likewise tied up. I loved the way the characters changed under the different circumstances – sometimes dramatically, as events that would have redeemed or damned them do not come to pass. It was very believable, but also showed that Tregillis had considered all angles. There are so many small details throughout the book (and series as a whole, actually) that help make the characters more-real, and the time more vivid.

Gretel is an absolutely fascinating character, and one of my favourites in any book or series: she is both star and villain; Machiavellian in the extreme and ultimately tragic. Her story is as important, and perhaps more compelling, than Marsh’s. Their connection, their polar-opposite feelings for each other, and their near-constant conflict is brilliant. As Marsh’s actions start messing with the timeline, Gretel’s powers of precognition start to break, sending her on a steady decline that understandably has a devastating impact on her psyche – this is best reflected in a handful of Interludes, told from Gretel’s perspective.

Ultimately, Tregillis brings the novel and series to a brilliant close. The ending of Necessary Evil is heart-wrenching, as we learn what happens to Marsh the Elder (I almost cried), but it feels right, given what’s come before.

The Milkweed Triptych is one of my all-time favourite series. It is a must-read. Very highly recommended.

Also on CR: “The Origin of the Götterelektron” by Ian Tregillis (Guest Post)

Necessary Evil will be published in April in both the US (Tor) and UK (Orbit). Bitter Seeds and The Coldest War are available in stores now. 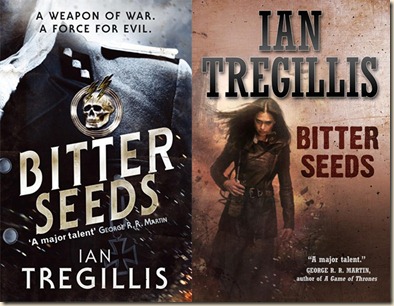 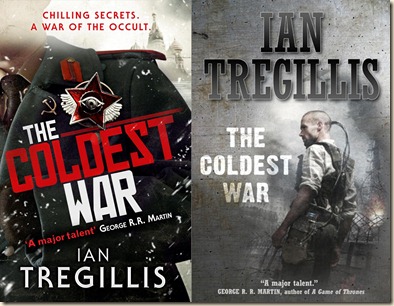