An Interview with MARIE BRENNAN 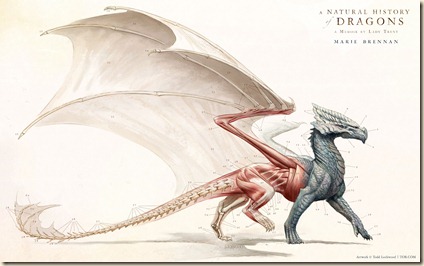 A Natural History of Dragons is a book I must read. And soon. It has been on my radar for quite a while. While I was dithering, I contacted Marie about an interview, and in the process learned about another recent novel. So, here are her thoughts on writing, psychic schools, and genre.

Let’s start with an introduction: Who is Marie Brennan?

I’m an ex-academic now living in the Bay Area with my husband, writing full-time. My background is in archaeology, anthropology, and folklore, all of which tend to pop up here and there in my fiction – if by “here and there” I mean “they’re all over it.”

Your latest novel, Lies and Prophecy, was recently published by Book View Cafe. How would you introduce the novel to a potential reader?

The short form is that it’s an urban fantasy; the long form is that it’s a near-future mildly post-apocalyptic alternate history urban fantasy with some mystery and romance elements. It takes place in the middle or so of the twenty-first century, several generations after a late twentieth-century phenomenon that left half the planet’s adult population with psychic gifts.

That’s the background; the story itself takes place at a college for the “psychic sciences.” Something has begun attacking one of the students, and his friends are trying to discover what, why, and how they can put a stop to it. 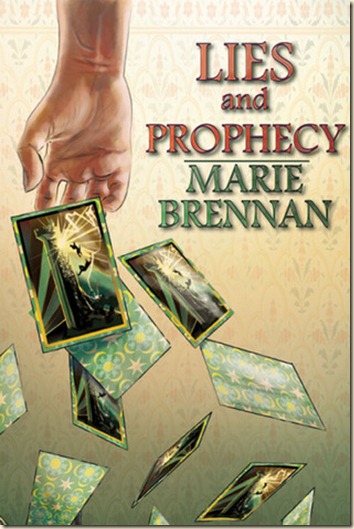 Inspiration can come from quite literally anywhere. (My first published novel came from the word “doppelganger” – which I thought would make a nifty title – and the line “crazy bloody witch” in Les Miserables.) In this case, it was as simple as thinking, what if you could study magic in college? Playing around with that idea led to the idea of the world, with the rise of psychic gifts, and then a host of other notions like wilders, people who manifest their gifts at birth instead of puberty. Then, pretty much out of nowhere, I got the image of Julian being attacked, and everything unfolded from there. 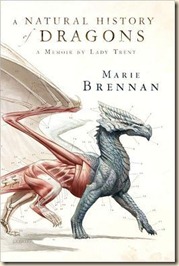 You have also written A Natural History of Dragons (Tor). What inspired you to write this book, and how did you go about compiling and writing it?

That one came from a calendar (Dragonology) and the D&D supplement Draconomicon. They collectively gave me the idea of a natural historian studying dragons. As with Lies and Prophecy, a bunch of things sprang up from those simple roots: the memoir format, various kinds of dragons, and so on. A lot of the flavor came from Victorian travel writing, and some of the elements of pulp adventure.

Like many kids, I read pretty indiscriminately. Looking back, though, I had a tendency to read a fantasy overtone even into stories that didn’t have one – like The Secret Garden, or Zilpha Keatley Snyder’s The Egypt Game. I got hooked on Diana Wynne Jones around the age of nine or so, and then jumped into adult fiction by way of Terry Brooks in late elementary school. 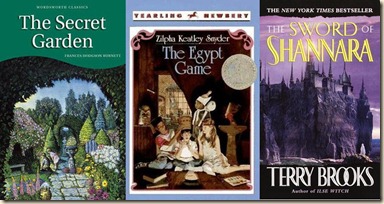 Nothing that makes for terribly interesting reading, I fear. I write mostly late at night; I don’t know why, but I’ve always functioned better after 10 p.m. or so. (Despite the fact that I’m solar-powered. I never claimed it makes sense.) As for the first question, the industry itself is often stressful, with all the upheavals brought on by corporate conglomeration and eBooks and Amazon trying to kill their competitors, but I have to admit that writing full-time is a pretty cool job. 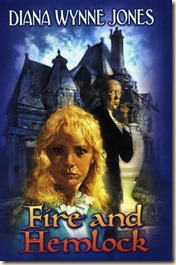 I was nine or ten years old, and I’d just read Diana Wynne Jones’ novel Fire and Hemlock. I’d written things before then – a story for class in second grade; a mystery in third grade – but that was the first time I had a distinct sense of wanting to be a writer. I put the book down and went to type up some notes about a fantasy quest, for a magical plant called the Silversword, but that’s all I remember of it, and there may never have been much more. I never wrote that story, though I wrote a great many other things as the years went by.

There’s a tendency these days to treat writers as “brands,” which I think can get too narrow. I know people who publish under different names for different kinds of stories – which makes sense if you write both erotica and young adult, but I think is going too far when your genres are, say, urban fantasy and epic fantasy. We used to have authors like Anne McCaffrey and Marion Zimmer Bradley, who could write both fantasy and science fiction; their “brand,” inasmuch as they had one, was less superficially defined. I don’t know if I’ll ever write straight-up science fiction (more than the semi-SFnal elements in Lies and Prophecy), but I’d like Marie Brennan to be known for writing a broad variety of fantasy, rather than a single type. 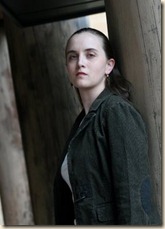 The first draft of the sequel to A Natural History of Dragons is on my editor’s desk right now, awaiting his comments; that should be out next year. I hope to write a sequel or two to Lies and Prophecy, and then I have a Sekrit Projekt™ that I will superstitiously not talk about until I know what, if anything, will come of it.

I just finished reading The Poisoner’s Handbook: Murder and the Birth of Forensic Medicine in Jazz Age New York, which is rather grotty – toxicology back then involved a lot of grinding up and boiling cadaver tissue – but the work they were doing is very impressive. On the fiction side, I’ve started on Jo Walton’s Tooth and Claw, which has Victorianish dragons, of a completely different sort than my own. 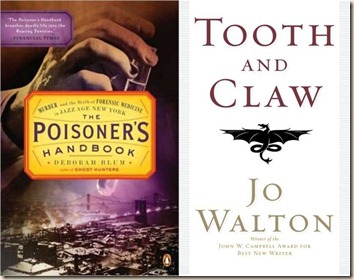 I’m a native Texan; lived there the first eighteen years of my life. And despite my howling disagreements with the politics of my home state, I’m still very fond of the place.

I’m hoping the Sekrit Projekt will come to fruition soon. That, and I’ll be making a trip to London with my husband, who’s never been; I’m looking forward to that a great deal.

Marie Brennan is also the author of, among others, the Onyx Court series (Midnight Never Come, In Ashes Lie, A Star Shall Fall, and With Fate Conspire), published by Orbit. You can find out more about all of her work on her website.