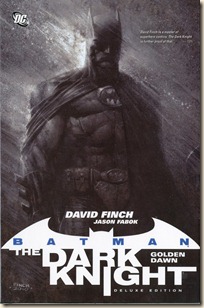 Delving into the more supernatural and esoteric areas of Gotham City, the five-part storyline explores the horrific murder of one of Bruce Wayne’s childhood friends... and the terrible ramifications the brutal crime has on Batman’s life.

Just a very quick review. I’d been going back and forth about reading this book for a while, but I eventually bit the bullet and dove in. It was pretty good, but not without its flaws. Overall, if you’re a fan of the darker, weirder and more-supernatural elements of the DCU, then this should suit your tastes.

The synopsis isn’t quite as accurate as it could have been. Batman is on the trail of a missing society girl, Dawn Golden, who he knew as a child. Naturally, Batman gets close to crossing the line (he does a real number on the Penguin). Judging by the first couple of issues/chapters of this mini-series, I can certainly see why DC offered Finch his own Bat-title for the New 52. 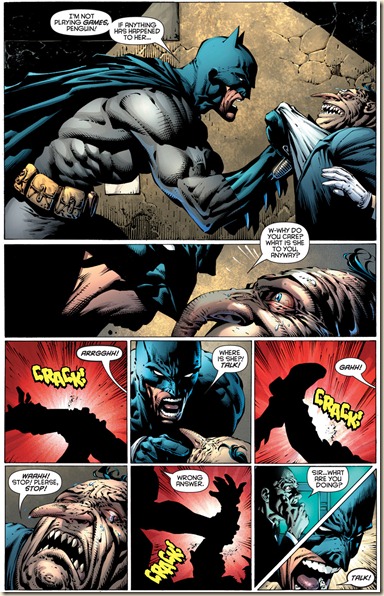 At the same time, it has all of the same hallmarks, and some of same weaknesses – for example, the story’s pretty short, and as a result doesn’t delve too deeply into the events, and certainly doesn’t spend much time with set up. It felt a little like an early Darkness story, actually, weird as that may sound (a series published by Image/Top Cow). For example, it was odd to see the demon Etrigan involved. And some other, more demonic characters. 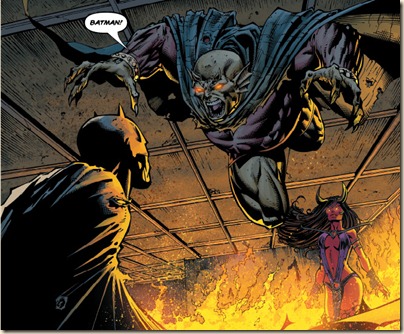 I think I would recommend this if you like your Batman stories a little more supernaturally-flavoured (which I usually do not). I think this could and should have been longer. There’s just not enough character development, and Etrigan’s involvement doesn’t feel particularly well incorporated. The relationship between Bruce and Dawn could have been expanded a great deal, I think, and would have allowed for more of a psychological, backward-looking story.

Sadly, this felt a little thin in the end. That being said, the visuals are excellent. Sadly, that aforementioned lack of build up also robs the ends of its tragic impact (it’s sad, sure, but I think we were meant to find it more affecting).