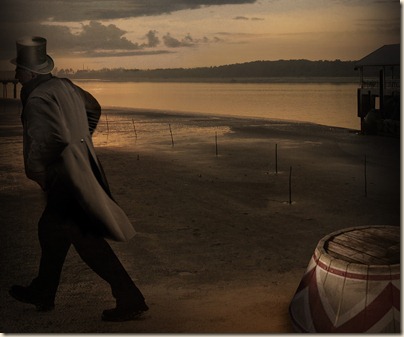 Continuing my slow meander through Canadian publisher ChiZine’s stable of interesting and quirky authors, I bring you today a Q&A with Chandler Klang Smith, author of Goldenland Past Dark…

Let’s start with an introduction: Who is Chandler Klang Smith?

I’m a novelist, an insatiable reader, an incurable daydreamer, a Midwestern transplant to New York City, and a graduate of Bennington College and the MFA Creative Writing program at Columbia University. I like carnivals, lost toys, forgotten Americana, and fairy tales with unhappy endings.

I thought we’d start with your fiction: Your latest novel, Goldenland Past Dark, was recently published by ChiZine. How would you introduce the novel to a potential reader?

Goldenland Past Dark tells the story of Webern Bell, a stunted hunchback, and his love affair with the circus, a show that gives him an outlet for creative expression. His bizarre childhood and struggles in young adulthood have given him tons of emotional material from the past, which he explores through haunting clown acts that come to him in dreams. But when reality confronts him – in the form of murder, heartbreak, and professional betrayal – he retreats so deeply into his fantasy world that he may never be able to find his way back out. 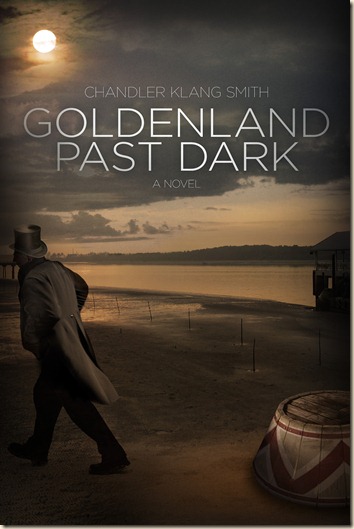 My process with this book was unusual: I started out writing a collection of linked short stories about Webern’s childhood. But by the time I got to his adolescence, I realized that the real action began with his travels performing on the road; everything that preceded it had just been backstory. In general, my inspiration for a particular project comes from an image or set of images that I return to obsessively until I figure out what they mean. I do a lot of freewriting to try to access where in my subconscious that fascination is coming from.

How were you introduced to genre fiction? What’s your opinion of the genre today, and where do you see your work fitting into it?

I’m extremely resistant to characterizing fiction as “genre” or “literary.” Every subject or way of writing comes with certain expectations attached, and the job of the writer is to defy and exceed those expectations constantly. At least that’s what I try to do. At the AWP Conference this year, I saw author Benjamin Percy on a panel about literary writers tackling “popular” forms, and he addressed this issue better than I ever could. He said that writers try to set up all these little fences between categories, but for him the only fence is twenty feet high, electrified and topped with razor wire, between good writing and bad. I couldn’t agree more.

It’s challenging working in publishing when you’re a writer yourself, because you’re constantly confronted with the sobering realities of the marketplace. So much of the industry is about rejection: agents reject potential clients, editors reject agent’s submissions, customers and critics reject published novels. It has been helpful, though, because I’m now aware of just how important it is to grab and hold a reader’s attention from page one on. 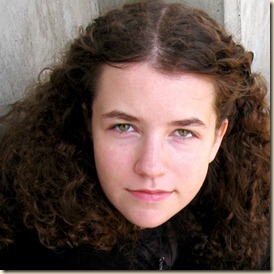 I think I first realized I wanted to be a writer in sixth grade; before that I’d wanted to be a Muppeteer. Anyway, around that time, I embarked on my first major project, a very pretentious road novel about three middle schoolers running away from home in a stolen car and having a lot of long philosophical conversations on the way. I’d probably cringe if I read it now, but I suppose it was a good sign that I was so ambitious, despite having no idea what I was doing. Some things never change, I guess…

Right now, I’m working on my second novel, about a futuristic parallel universe version of New York City that’s under attack by fire breathing dragons. You can read a short excerpt from it here.

Despite my interest in stage magic and clowning, I’m just about the clumsiest person on earth. I can’t even juggle.

I’m hoping to finish that aforementioned second novel. Keep your fingers crossed for me, as I’m a pretty slow writer!