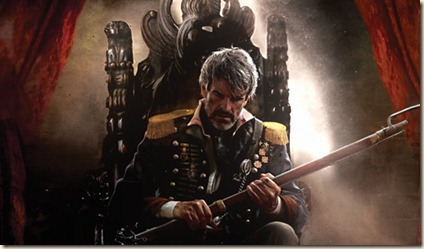 Brian McClellan is the author of the upcoming PROMISE OF BLOOD, the first in the Powder Mage Trilogy (Orbit, April 2013). Here he discusses age conventions in Epic Fantasy…

The young farm boy is so common in fiction that it's become a cliché. I grew up reading about farm boys, or some other young, naive laborer, in the works of David Eddings, Tad Williams, Robert Jordan, or William Goldman. My favorite movie as a kid – Star Wars – centered around a farm boy who, like those in the books I liked, yearned for adventure and then was booted out of his home in a twist of fate and became savior of the nation! Or country. Or world. Or galaxy.

You get the point.

So why the young farm boy? 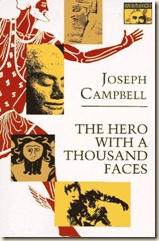 There are huge advantages to having your protagonist be a young farm boy and they can all be explained by Joseph Campbell’s hero’s journey. The hero’s journey, for those that don’t know, is the idea that every hero ever spoken, sung, or written follows the same basic path through adventure, trials, and tribulations before returning home a changed person. I do Campbell a huge disservice describing it so sparely, so you should just go read The Hero with a Thousand Faces.

The quick answer to the question above, “Why the young farm boy?” is that the young farm boy fits perfectly into the hero’s journey. Of course, the “boy” part doesn’t matter. The parts that matter are “young” and “inexperienced laborer with few preconceived notions.” Let me explain it from a writer’s point of view:

As a writer of epic fantasy you have to tell both an adventure story and introduce the reader to an entirely new world. This is where we get “info dumps” where the author has to break up the flow of the story to tell you things that pertain to this world. The best way to do this smoothly is to have a protagonist that doesn’t know the world. That way, the author can explain the world to both the protagonist and the reader without looking like he’s explaining the world to the reader.

The journey itself is a chance for the character to grow. They face obstacles and learn from their mistakes. They gain prejudices or fall in love for the first time, and discover things they didn’t know. The young farm boy is practically a blank slate. They get tripped up by things that wouldn’t even phase an experienced character and this gives them a chance to grow in the eyes of the reader.

Of course, this doesn’t mean every work of epic fantasy features the young farm boy. Far from it. We see untold numbers of cool characters of various ages throughout fantasy. But young farm boys are common enough to become cliché for good reason, and a lot of new authors feature them in their works. 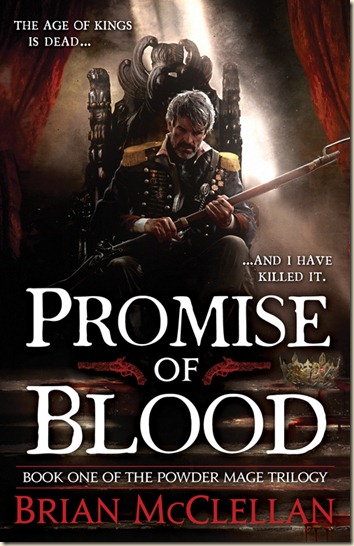 There are three viewpoint characters in Promise of Blood. When the book begins, Field Marshal Tamas is sixty. He’s a lifelong soldier and the hero or villain of a hundred untold stories. Inspector Adamat has already had a successful career as a police investigator. He has a wife and nine children, and is up to his eyeballs in debt from a failed business venture. Captain Taniel Two-shot is only twenty, but he’s the best marksman in the Nine Nations and has more notches on his rifle than most veterans.

I lost a few advantages with my choice of character ages. The biggest one for me is character development. The character arc described in the hero's journey is a lot less likely to happen when your character has already had dozens of adventures and learning experiences. They’ve taken the hero’s journey before. The person they are is likely not to change very much, especially if the novel only takes place over a three month period.

So what did I gain from featuring older, more experienced characters? I avoided a cliché, for one, and that’s a big step in the right direction for selling a first novel. For another, I created characters that wouldn't be way-laid by simple inexperience. The problems they face would be challenges to anyone, not just to someone who doesn’t know any better.

Because these men wouldn't be developing as much internally, I was forced to make the characters interesting from the very beginning. Field Marshal Tamas has drive. Adamat has cunning. Taniel has passion. Each character has to be fully realized when they first step on to the page. They have hopes, dreams, memories, and pasts, and the reader has to sense that immediately. I think that helped me create a set of characters far more memorable than if I had tried to write a young farm boy as the hero.

Every protagonist provides their own unique set of challenges to write. I don’t think that writing a young farm boy is any easier than writing a grizzled veteran, but I do like the idea of exploring older character more in epic fantasy. They provide a unique look in to secondary worlds of magic and war.