Art: “Be My Enemy” by Ian McDonald (Jo Fletcher/Pyr)

The Everness series is one I will be checking out very soon, I just wanted to share the newly-released artwork for Ian McDonald’s Be My Enemy (published by Jo Fletcher in June 2013): 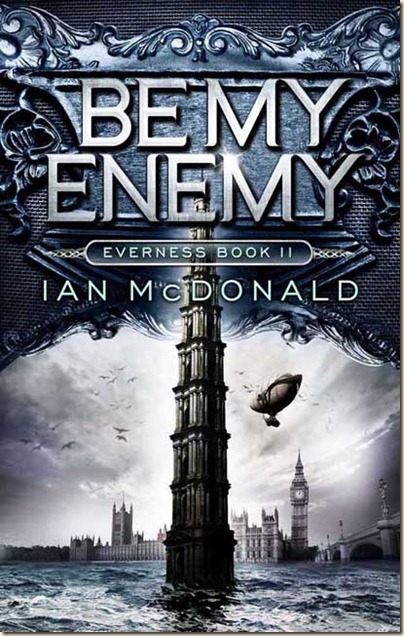 And second, the synopsis followed by the US edition (published by Pyr):

Everett Singh has escaped from his enemies with the Infundibulum - the key to all the parallel worlds. But his freedom has come at a price: the loss of his father to one of the billions of parallel universes in the Panopoly.

E1 was the first Earth to create the Heisenberg Gate, the means to jump between worlds, but it was quarantined long ago. No one goes in... and nothing comes out. But E1 has something that Everett needs: the means to find his father.

It's lucky that he has the support of Captain Anastasia Sixsmyth, her daughter Sen and the unique crew of the airship Everness, because Everett is about to discover the horrifying secret of E1 and, with it, his deadliest enemy. 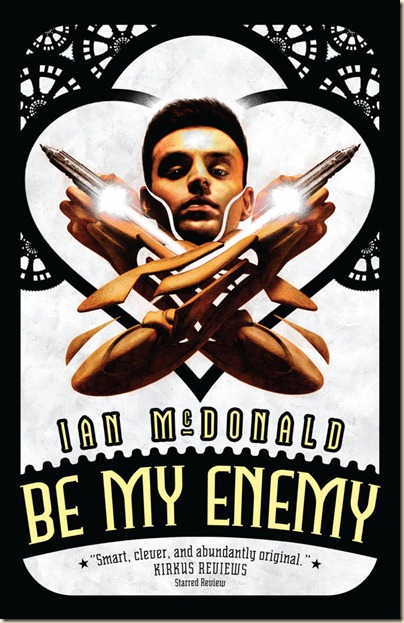