Despite the first book in Brian McClellan’s Powder Mage trilogy still a few weeks away (I’ll get a review up ASAP), Orbit have unveiled the artwork for its sequel, THE CRIMSON CAMPAIGN: 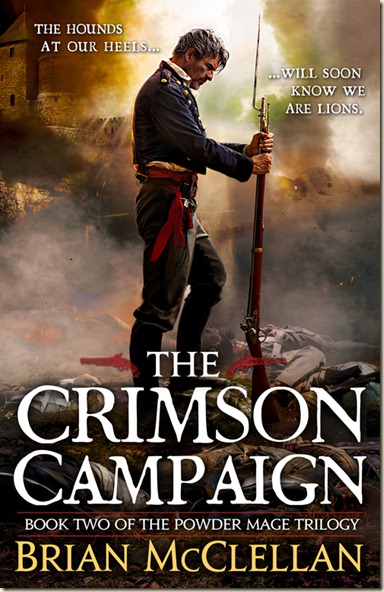 I really like this, too. McClellan’s debut series may end up having some of the nicest covers in a long while. Or, since Joe Abercrombie’s and Mark Lawrence’s… The Photo-Illustration is by Michael Frost and Gene Mollica, and the design is by the ever-excellent and super-talented Lauren Panepinto.

No synopsis for the novel is available just yet, but The Crimson Campaign will be published by Orbit in February 2014.