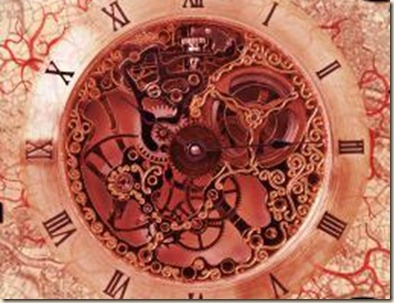 I must confess that I only discovered Paul Witcover’s latest novel (which I erroneously believed to be his debut), The Emperor of All Things, completely by accident. When a copy of the book arrived in the mail. I did some investigating (i.e. read the back cover blurb) and thought it sounded great. It promptly was slotted into my TBR pile, and I got in touch with Paul for an interview. Read on for more about his writing, processes, and his love affair with reading.

Let’s ease into things: Who is Paul Witcover?

Ease into things – are you kidding? I’ve been trying to figure out the answer to that question for 54 years now! I’ve been a journalist, an editor, a critic, a book reviewer, a teacher. What ties everything together, I suppose, is writing. It’s all I’ve ever really wanted to do, and it’s what everything I’ve done has been built around.

Your debut novel, The Emperor of All Things, will be published by Bantam in February. How would you introduce the novel to a potential reader? Is it part of a series?

It is the first of two. I’m working on the second now, tentatively titled Eternity in Love. But while Emperor is my debut in England, it’s not my first published novel. I’ve published three others in the US – Waking Beauty, Tumbling After, and Dracula: Asylum. And my collection of short fiction, Everland, was published a few years ago in the UK by PS Publishing. 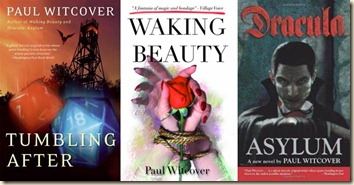 Oops. My mistake… [Castigates self over poor research effort…]

The Emperor of All Things begins in 1758, during the climax of the Seven Years War. The action revolves around a mysterious timepiece that is sought by a thief called Grimalkin and a young man called Daniel Quare, who is a journeyman in London’s Worshipful Company of Clockmakers – he’s a kind of secret-agent tasked with tracking down horological advances. But the watch he is hunting now will turn out to be much more than he or anyone else can imagine – a dangerous weapon whose possession will determine the fate of England… and perhaps of the entire world. 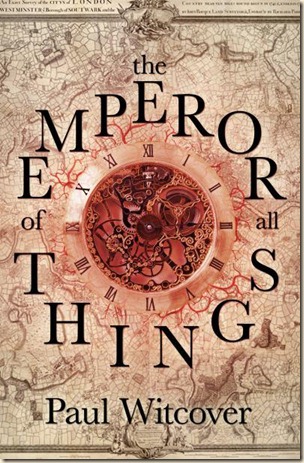 I’ve long been interested in that period of time, when England really made the transition from a European power to the greatest empire the world had known up until that point. And part of that transition had to do with technological advances made possible by the triumph of reason and science over superstition and religion. So I wanted to write about that, and about time as well – but in an original way. I wanted to try and come at the subject from a fresh angle. I hope that I’ve succeeded!

This particular book began in a short story I wrote almost thirty years ago. It was never published, but I always knew that I’d come back to it sooner or later. Not because of its idea, exactly, but because of certain striking images that I couldn’t get out of my mind. Those images appear in Emperor. So my inspiration for the novel was a failed short story. What was the inspiration for the short story? God only knows!

My love affair with reading began with comic books. From there, I progressed to science fiction and then to fantasy. And even as my tastes broadened as I grew older and attended college and then graduate school, I remained faithful to the potential of genre fiction. It’s my home.

I’ve had the good fortune to meet a number of amazingly talented people and to read a lot of fiction that has inspired me to try and do even half as well. I try to write every day, usually early in the morning. If I can get two or three hours in before the rest of the house is up, then I consider my day well spent. After that, I work on my freelance writing, to pay the bills. But mornings belong to me.

When it comes to research, I try to find a balance between immersing myself in a subject and just winging it. 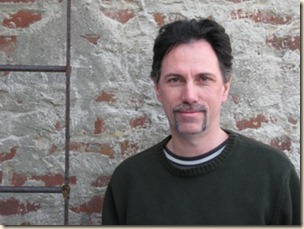 Hmm... I first wanted to be a poet. That was back in the fifth grade. I even remember the first poem I wrote. But either torture or bribery would be required for me to reveal even a line of it.

I think the genre is the strongest it’s ever been. Whether or not this is true in the minds of readers, critics, and publishers, many of the writers I admire most do not consider themselves to be bound by a particular genre – they take what belongs to them wherever they find it, to paraphrase Moliere. My work hasn’t really changed since my first short stories began to appear almost thirty years ago – I mean in terms of my approach to the fantastic, which is gentle for the most part, incorporating wonder and horror, and not overly concerned with genre conventions. I used to be much more of an outlier in the genre than I am today.

All my efforts now are on the second and final volume in the series, Eternity in Love. After that, I hope to return to a fantasy that I began last year but have since put on hold. Oh, and there will very soon be an e-book release of my first novel, Waking Beauty – substantially revised.

Non-fiction: William Manchester’s superb biography of Winston Churchill, who comes across as almost equally horrifying and admirable – an outsized figure in every way. At the same time, I’m listening to War and Peace. The two are a surprisingly good fit… or maybe not surprisingly, come to think of it. 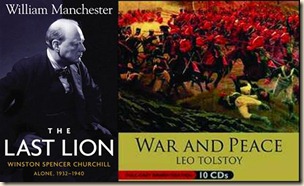 I have no middle name! Not even an initial!

In September I’ll be attending a month-long writing retreat at a castle in Scotland. I’m determined to find a ghost there! Or at least a good curse, as in one of my favorite movies, I Know Where I’m Going.

The Emperor of All Things will be published by Bantam Press on February 14th 2013 in the UK. It will also be available for Kindle in the US.