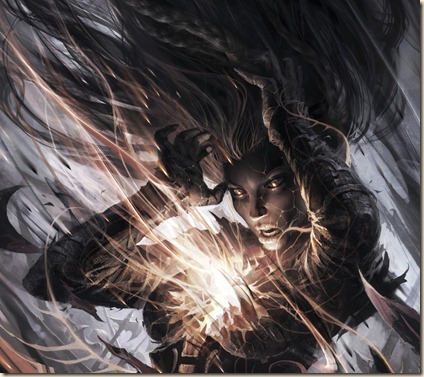 James Barclay has been mentioned a couple of times on the site since it started, but as an author whose work I keep missing. Therefore, I have made a resolution to read at least the first in his Chronicles of the Raven series this year (I hope to get to it next month or in March). In the meantime, I got in touch with James and asked if he’d be interested in an interview. He said yes. So here it is. Read on for James’s take on the genre, his series, the wonderful people he’s met in publishing, and what it means to be an author.

Let’s start with an introduction: In your own words, who is James Barclay?

I am a mighty thewed Adonis, yet sensitive and understanding. I have a vast intellect which I use solely for the good of mankind. I am also modest and unassuming, leading people to believe I am merely a man racing headlong towards 50, with a wife, two children and a dog doing their combined best to keep me young in heart and mind.

Rumours persist that I have been writing since I was eleven years old and that, barring being an actor, it’s the only job I’ve ever wanted. I’m lucky enough to work full time as a writer and therefore crave company and solitude all the time. There is nothing I enjoy more than getting stuck into the planning or drafting of a novel and that’s why you’ll often find me engaged in DIY, gardening, dog walking and anything else that can keep me from my desk. I am supremely confident in my ability to deliver any piece of writing on time, and at a peerless quality, right up until the moment I start planning and drafting when I am consumed by thoughts of inadequacy.

I have one of the best jobs in the world, which is why I whinge so much of the time. I am pretty much exactly where I want to be, which is why I am not in the least satisfied with my lot. Who is James Barclay? He is a bunch of nonsensical paradoxes or, to summarise: he is an author.

You’ve been writing novels for a long while, now, so I thought I’d start off with one of your two best-known series, Chronicles of the Raven and Legends of the Raven: How would you introduce these series to a potential reader?

You’re making me feel even older… The Raven novels are heroic action fantasy. They are visceral, raw and unsentimental. They are full of emotion and the multiple facets of heroism. As you read, your love of the characters will grow and your grief when one falls will intensify. They take some of fantasy’s most enduring staples and casts them in fresh light. They are a journey through my evolution as a writer as much as one of the characters and the world they inhabit. I defy you not to be entertained. 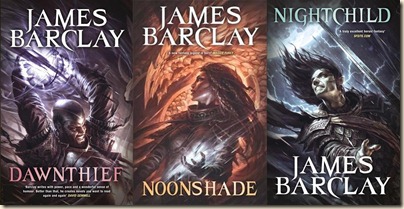 Bluntly, I was inspired to write them because when reading certain other fantasy novels thirty-odd years ago, I felt I could do better. Whether I’ve succeeded in that is not for me to say (though of course I think I have).

Where I draw inspiration from in general is a really difficult question to answer. I suppose, in terms of inspiration to write, the drivers are the desire to improve, expand my audience and grow my reputation. All of these are journeys without end. As for the inspiration for the stories themselves, the sources are myriad. For instance, the series I’m hoping to write next grew from a game I was playing with my son a couple of years ago involving an airport play mat (and various other models and figures). Some ideas emerge from random thought, something I’ve seen or heard or something I’m writing. I guess being aware, even subconsciously, that anything might spark inspiration is a good place to start.

You have also written two novels in the Elves series: Once Walked with Gods and Rise of the TaiGethen. Are these novels connected with the Raven series? Will there be more novels in this series?

Ah, the Elves series. Very hard to write, but the effort has been worth it. I’m really happy with this series. Chronologically, the Elves series is a prequel to the Raven series. They chart three thousand years of the often bloody and certainly tortured and difficult history of my version of elves and their often bloody, and certainly tortured relationship with man and with one another.

There are three in the series. The third of these, Beyond the Mists of Katura, will be published in May 2013, and it charts the events surrounding the creation of the spell, Dawnthief. And these events happen about three hundred years before those of the first Raven novel, cunningly titled, Dawnthief. 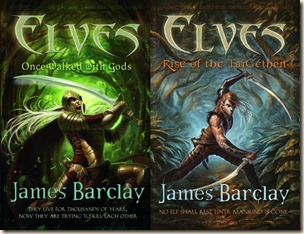 My big brother introduced me to genre fiction – he handed over books by Tolkien, Moorcock, Asimov, Arthur C. Clarke, Aldiss… I took it on from there, but that is quite some early education.

Accepting all of those paradoxes mentioned above, I absolutely love it. I get to do one of things I enjoy the very most and am paid for it, too – this represents great fortune and to say I didn’t love it would be both ungrateful and disrespectful.

But there is more to loving writing and publishing than the writing itself. I’m talking of the people within the industry and I’ve been lucky enough to meet and work with some fantastic people. Let’s face it, in any walk of work, the people you deal with can make your life a pleasure or a misery. I’m on the pleasure side of it… from my agents (Robert Kirby of United Agents and Howard Morhaim of Morhaim Literary), to many fantastic people at Gollancz (Simon Spanton, Gillian Redfearn and Jon Weir to name but three), and so many of the authors I’ve had the honour of meeting (Peter Hamilton, Joe Abercrombie, Sarah Pinborough, Adam Roberts, Al Reynolds, Tim Lebbon, Rob Grant, Tom Lloyd and, of course, the hugely missed Dave Gemmell… oh it’s a long and lovely list). These people are friends and that’s very special. I have to say I’ve met very few utter wankers in publishing. The same couldn’t be said of my first stab at being a pro actor where I met far too many utter wankers. Happily, the current second stab has revealed a far more human side to that business. People… whatever job you do, it’s down to the people.

Now I’ve made that sort of award acceptance speech type thing above, I’ll not detain you long with my working practices. I do enough research to allow me to plan and I do enough planning to allow me to get drafting. I do more planning and research as required as I go. That about covers it. Oh, and I keep office hours as far as possible, because that way lies discipline and getting enough work done. Finally, I always stick to the first piece of advice I was given on going fulltime. It was from Rob Grant: “Always get dressed in the morning.” Because Rob said it, it was funny. But it is also very sound advice. 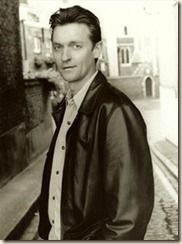 From age 11. In fact probably earlier though when I started coherent writing stories at age 6, I don’t suppose I was aware it was going to be a lifelong love or my primary career choice. I wrote my very first story at age 6, and it was about an Eskimo (well, that’s what we called the Inuit way back then) kayaking down an icy river. And yes, I still look back on it very fondly – my mother still has it, which is lovely. Other, later but still youthful forays are not so fondly remembered, though still kept in the back of a drawer somewhere. One, called ‘Troja: Dawn’ was written at age 13, concerned planetary colonisation and contained a huge body count and someone falling out of orbit in a lead safe and surviving the impact. Marvellous.

It’s never been in better health. The breadth of work is amazing, the talent of the authors is breath-taking and the appetite among readers is undimmed… growing, even. I’ve written in the heroic action space (with the Raven and Elves) and in the epic space (with the Ascendants of Estorea) and there are terrific authors in both areas making sure the audience and demand remains high. I can’t see that changing, to be honest. Mind you, my next work will be (so long as I can sell it…) a step away from my usual haunts.

I have four projects on the go right now… a Young Adult series, set right here and right now; a ‘future fantasy’ series (Peter Hamilton says it’s science fiction but I’ve got to hang on to my roots somehow); a feature film screenplay (alongside the excellent director, Johannes Roberts, though ’tis a historical piece, not a horror film); and I’m auditioning like mad trying to get credits for a show reel so I can conquer the world of acting. Absolutely everything is really exciting and I’m very lucky to be able to do any of it let alone all of it…

I’m reading, The Terror by Dan Simmons, and 11.22.63 by Stephen King on the fiction front. Non-fiction reads are, On Film-making by Alexander MacKendrick, and Monsters by Simon Sebag Montefiore.

I was abandoned in the forest and brought up by wolves. Alternatively... alongside my well-known love of heavy rock, I’m a massive fan of both Jools Holland and Robbie Williams (and seeing both in June). There, I said it.

I can’t pick just one, sorry. Here’s a shortlist: World Fantasy in Brighton (incorporating the Gemmell Awards and the BFS Awards); getting stuck into the new future fantasy series and the screenplay, too (frankly, I want all that bloody research to pay dividends); a couple of good acting jobs in the next few months; and if I may have one more… Six Nations Rugby, and a great year of cricket including Ashes tests… what’s not to love about 2013?