Artwork: “Before the Fall” by Francis Knight (Orbit)

Continuing today’s Francis Knight theme, Orbit fortuitously just released the artwork for the sequel to Fade to Black, the first book in Knight’s series featuring Rojan Dizon: Before the Fall. The style is very much the same, but this time the perspective is top-down, rather than bottom-up, which accounts from the brighter colours, I’m sure. The artwork is again by the very talented Tim Byrne: 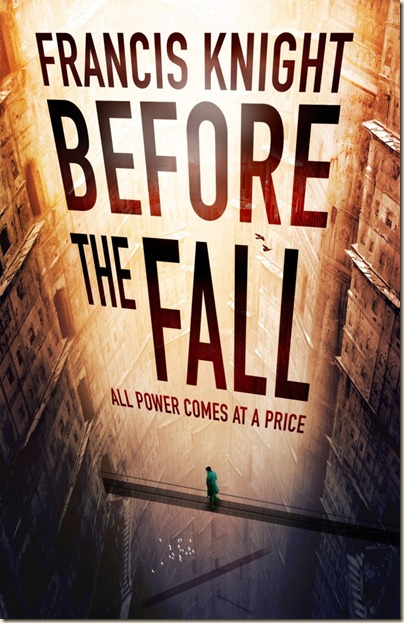 Before the Fall will be published in June 2013 by Orbit in both the UK and US. [I’m not including a synopsis, because it contains spoilers for Fade to Black, but if you can find it on its Goodreads page.]

The third book in the series, Last to Rise, will be published in November 2013. (I’ll be sure to post the artwork for the third book as-and-when it becomes available.)