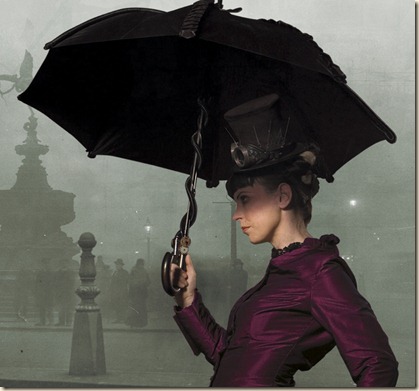 This week’s interview is with Gail Carriger, author of the Parasol Protectorate series. Alyssa has avidly read this series since the first book came out, and is seriously considering giving up her uni work so she can read Timeless right away. Carriger has some more work set in this world coming in the future, but with the initial series now wrapped up, I thought it would be an excellent time to get in touch with Gail and ask her some questions. The fifth novel in your Parasol Protectorate series is coming out this month: Timeless. How would you introduce the series to a new reader, and what can fans expect from the next novel?

In Timeless readers can expect Egyptian hijinks, Ivy in a play, madcap balloon chases, and some shocking revelations.

The simple fact is: this was what I wanted to read. I like steampunk but it tends to be a little too dark and riddled with technobabble for me. I enjoy urban fantasy but am not wild about a modern setting. So I thought I might just combine the two, and then shake it up with a jot more romance and a whole lot of comedy. Then I started thinking about what kind of world could accommodate all these different elements. I’m familiar with the Victorian era and I find it a rich source of amusement in and of itself. Those ridiculous fashions and that obsession with etiquette seem the perfect time period to drop in vampires (dictating such things) and werewolves (chaffing against them) not to mention steam technology. It seemed to me that what comedy I couldn’t supply with plot and character, an alternate Victorian London could provide just by being itself.

As for inspiration, sometimes something will spark when I’m doing research for work. I also pay very close attention to my friends when they’re drunk, but usually inspiration comes to me when I’m contemplating the absurdity of the universe and at the most inconvenient time – like in the shower.

By my mother reading me Tolkien and my father watching Star Trek.

How do I enjoy it? Accompanied by copious amounts of tea and the occasional nibble of chocolate. I find the publishing industry in ever great need of a higher fiber diet, things are either moving too quickly, or not at all. I have many practices, but my biggest ones are ruthless devotion to outlining and self-bribery as motivation. I get to order sushi every time I finish a draft, and a new pair of shoes when a book comes out. As a result I have a vast shoe collection and am heading towards mercury poisoning.

The moment my best friend had a short story accepted. She was 15. I figured if she could do it, so could I. Two years later I sold a short to the same market. She now works in the publishing industry, so I’m still trailing behind. My mum tells me I had a stunning debut at age eight with a brilliant saga of Calico Cat goes adventuring on flying carpet. Sometime after that, I hit high school with a vengeance producing several acclaimed exposés on the nature of Roman battle tactics. Sadly, I had a real low spot during my university years concentrating on rightly snubbed short lived treatises on gender dynamics in Ancient Greek plays. Fondly, no. Like most authors I never like anything I produced before age 25. 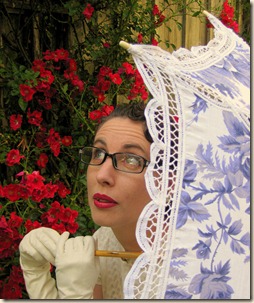 Right now I’m working on the second book, Deportment & Deceit, in my Finishing School series. The first book, Etiquette & Espionage, comes out in February 2013. It’s a four-book young adult steampunk series written with the same light-hearted tone and set in the same universe as the Parasol Protectorate novels. Next up I start the first book, Prudence, is my new adult series, the Parasol Protectorate Abroad. These books will trace events 25 years after the Alexia Tarabotti novels. Meanwhile, my artist, Rem, is working on the second graphic novel adaptation of Changeless, called Soulless Vol. 2 to hopefully release the end of this year. 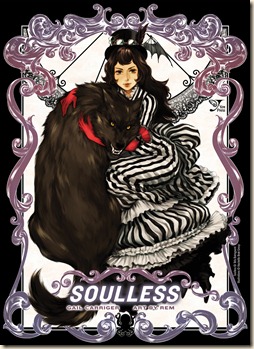 I just cleared my docket. I’m thinking of doing a reread of Feist and Wurts’s Servant of the Empire series. But it’ll be a few months before I can pick those up, life it pretty busy right now.

I ride a motorcycle, and play a pretty decent game of pinball.

San Diego Comic Con! I’ve never been and I get to go for the first time this year.