With the publication of A Lee Martinez’s next novel imminent (March 6th), I thought it would be a great time to dragoon him into writing about some of his influences and inspirations. Which he did. Which was very nice of him. Read on!

In A Princess of Mars, John Carter of Mars finds himself transported to the savage world of Barsoom (Mars, to you and me). He’s immediately taken prisoner by the race of giant four-armed green Martians. Soon after, he punches a Martian and kills him with one blow. It’s an accident, but it immediately earns him the respect of his captors. That’s how things work on Mars. It’s classic pulp bad-ass-itude, the kind of absurd levels of awesome that were once commonplace in the pages of Weird Tales and other serial magazines. John Carter is a power fantasy, a man who discovers another planet and through heroic resolve gets the princess, saves the planet, builds alliances, and destroys his enemies. Subtlety is not the goal of these stories. War is brutal (and often cartoonishly glorious). Love is as sappy and heartfelt as any romance novel, where people declare undying love merely upon setting eyes upon each other. And outlandish adventure is a way of life.

Putting aside some of the unfortunate implications that come with the story (a man of European descent who is so innately superior that nothing can stand in his way on this savage world), John Carter and his stories are classic high fantasy. The novels (like all of Edgar Rice Burroughs’s) are filled with contrived plot points, broad characterization, and villains who love to be bad for its own sake. I’m not denying this, but at the same time, there’s a lot of progressive stuff to like here. Dejah Thoris, John’s love interest, is no meek woman. She can kick quite a bit of butt herself. And the green Martians are often a savage people, but they also manage to be nuanced and interesting the more you read about them. Just as Tarzan is a superior specimen, yet the books go out of their way to point out that he is superior to EVERYONE and that any other European child raised by apes wouldn’t have survived. 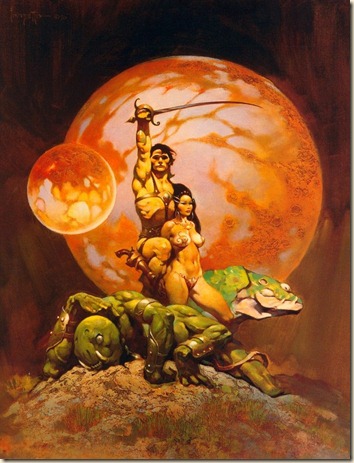 Pulp heroes have always been better than us. Stronger, faster, smarter. They never pretend to be average guys and gals. They are the men and women of action who do what they do because they’re the only ones who can. In this day and age, when such characters are deemed uninteresting and bland, it’s easy to forget how they once ruled the world of science fiction and fantasy. Conan is a barbarian, but he’s also tougher and more cunning than any sorcerer or mad king he comes across. Doc Savage is good at EVERYTHING. And The Shadow prowls the streets, bringing his own brand of justice to villains.

The pulp hero is what inspired me to create Emperor Mollusk versus the Sinister Brain, a novel built on that same tradition. Hopefully, without all the baggage that comes from fiction several decades old. But the basics are still there. A world full of adventure, lost civilizations, overly complicated schemes, and a hero who is better than everyone. 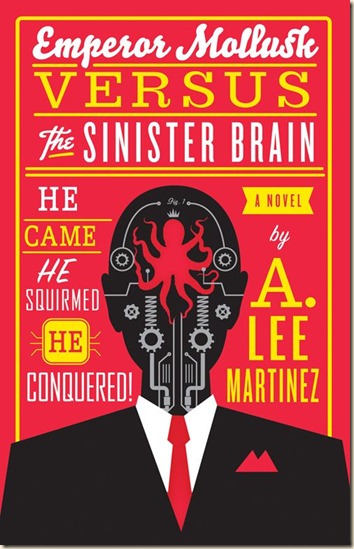 My goal was to create a classic pulp story for our world with a character a touch more sophisticated than the heroes of old. Emperor might be amazing in his achievements. He might even be a smart as he thinks he is. But he’s still struggling in a way that John Carter or Conan never really had to. John Carter never screws up. He has all the benefits of being incredible without any of the baggage. For Carter, the path is always certain and the results never in any doubt. Emperor Mollusk isn’t quite that lucky.

But we’re still talking pulp here. Emperor never gets too maudlin because pulp isn’t about sitting around and feeling bad. It’s about jumping into the fray and beating the snot out of the bad guy because someone has to do it. It’s about exploring those ancient cursed ruins because... well... they’re there, right? And it’s about giant fightin’ robots and evil conspiracies and people stealing the Eiffel Tower for nefarious purposes. I like absurd worlds where adventure is enough justification for atomic mutants and exploding planets. So I wrote a story about that stuff, and I can only hope that somewhere in the higher planes of literature where fictional heroes dwell, Conan, Flash Gordon, and Doc Savage are looking down and smiling.

Because if they’re not, they’re probably going to come down here and kick my ass.

Check out Martinez’s website for more on his novels.