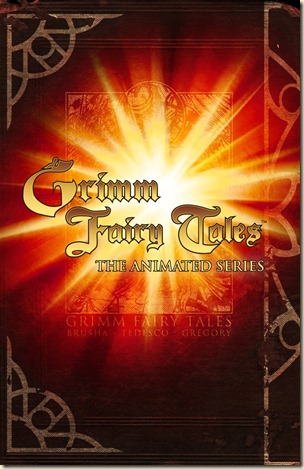 Zenescope Entertainment has announced the launch of the Grimm Fairy Tales Animated Series Kickstarter campaign. The proposed animated series of their flagship comics title will be directed by Jon Schnepp and produced by/with the Titmouse Inc. animation studio. The Kickstarter campaign has now been fully launched after its official announcement during the WonderCon Hollywood and Comics panel.

The campaign, which hope to raise the $175,000 needed to produce the pilot episode and the foundation materials necessary to continue the series, will run until May 1st, 2012.

Zenescope Entertainment President Joe Brusha had this to say:

“We believe that our Grimm Fairy Tales comic book series would make an excellent animated series, and we’ve been pitching the idea to the Hollywood big-wigs for years. They’ve said ‘There is too much Fairy Tales stuff out there’, or ‘No one wants to see a gritty, dark, modern take on the fairy tales.’ That’s where they’re wrong. We have tons of devoted fans that would love to see more of our series, and that is our chance and yours to make it happen.”

I do believe there is a market for this animated series, although one of the issues the ‘Hollywood big-wigs’ stated – “too much Fairy Tales stuff” at the moment – it actually true. I think Zenescope run the risk of being drowned out by TV series like Grim and Once Upon A Time, and the couple of Hollywood movies on the horizon that draw on Fairy Tales. If you’ve been reading any of my comics round-ups over the last few months, you’ll know that I’m a fan of the Grimm Fairy Tales series, so I will definitely be checking this out if it materialises. I do, however, think Zenescope will have to pull off something very special to be heard and noticed. At the same time, the “tons of devoted fans” Brusha mentions are definitely there, so it’s conceivable that this could end up being quite popular. As long as it doesn’t go the way of the Witchblade TV adaptation (based on a comic series with its own devoted fan-base), which sort-of sank with a bit of a sad squeak…