An Interview with JAMES LOVEGROVE 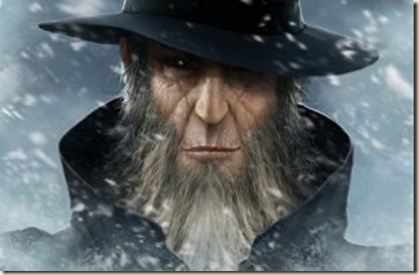 James Lovegrove is a prolific speculative fiction author, and one who I really need to read. I’ve got three of his books lined up for review in the very near future, but in advance of that, I thought I’d get in touch with him to find out a little more about his various on-going fiction projects. Reading his answers only made me more eager to read his work, so expect a review in the very near future (if I haven’t managed to get one done already…)

Your next novel is Age of Aztec, the latest in your bestselling Pantheon series. How would you introduce the series to a new reader, and how does this novel differ? 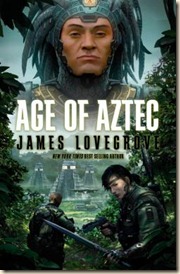 The series basically takes the ancient pantheons of gods and reimagines them in a science fiction context. Each book takes a completely different approach from the others (I hope) and uses the old myths and the relationships between the gods as a springboard for a thriller plot.

Aztec is almost certainly the bloodiest and most violence Pantheon novel yet, which is only fitting, as the Aztecs were a remarkably bloodthirsty race. The book posits a world in which their empire wasn't destroyed by the Spanish Conquistadors by various means – violence, religion, smallpox-infected blankets – but survived and prospered to become a globe-spanning concern. The reasons for this are intrinsic to the story and I don't want to give away any spoilers here. What happens, though, is that one man has decided to wage a vigilante campaign against the Empire, and the story focuses on him and on the police detective who is determined to bring him to book. 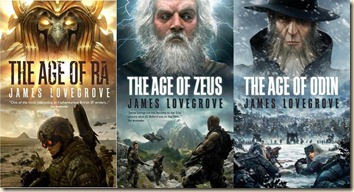 The inspiration was a simple “what if?” I was invited by the publisher, Solaris, to pitch an alternate-history novel to them, and the idea came, like a bolt out of the blue: what if the Ancient Egyptian gods were real and had carved up the earth between them? I don’t know why I chose the Egyptian pantheon over all the others, except that I hardly knew anything about it and what I did know struck me as so deliciously barmy (incest, animal heads, Ra’s sun barge) that it seemed rife with potential. All inspiration for my writing, I’ve found, tend to come from those “what if?” moments, when you look at some aspect of life and decide to turn it on its head or extrapolate it to some absurd, sometimes satirical degree. 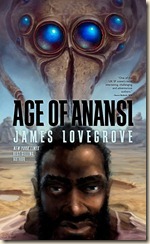 Are there more instalments planned for the Pantheon series?

I’m commissioned for at least one more, and there’s probably enough petrol in the tank for a further one after that. In addition, I’m doing these eBook novellas to accompany the release of each new volume. The novellas allow me to go off at a tangent and explore the nature of gods outside of a straightforward military-SF context, which is the principal subgenre of the series proper. For instance, with the Age Of Anansi novella, I delve into the subject of trickster gods and more broadly stories and lies. It’s almost a comedy, certainly a very dark one.

Last year, your novel Redlaw was also published, about a “vampire-wrangler”. What inspired you to write it? 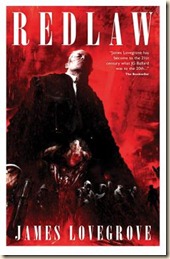 The character of John Redlaw, a man policing vampires, has been kicking around in my head since the mid-90s. Originally it was going to be a comic strip, drawn by my friend Adam Brockbank, a brilliant artist who's now doing designs and storyboards for major movies such as X-Men and the Harry Potters and also drew, beautifully, a graphic novel called Mezolith. We pitched to 2000AD and nothing came of it but the idea wouldn’t go away, so I recently retooled it, started again, and wrote a novel. One of my ambitions has been to write a character series – that is, books built around a single hero rather than a premise. Redlaw’s a striking figure, a fusion of Judge Dredd, Inspector Morse, Elric and John McClane. I hope to do at least three books with him in, maybe more if the demand is there. I realise that the vampire fiction market is pretty overcrowded at present, but the subtext with Redlaw is, in my view, unique (vampires as a maligned underclass) and the books are designed to be rip-roaring fast reads, with absolutely no sparkling-in-the-sunlight whatsoever.

Very early on, I became hooked on Marvel Comics, and I also watched plenty of sci-fi TV, things like Thunderbirds, Doctor Who, UFO, Space: 1999 etc. This was just stuff I loved. I didn’t know why, I still don’t, but it’s just what I enjoy and respond to.

The real breakthrough for me was when a teacher at school read us a Ray Bradbury story, “The Veldt”. I was about ten or eleven at the time, and until then had been led to believe that SF was essentially trashy, not proper literature. The fact that a teacher was reading us an SF story in an English class – and an SF story like no other I’d read before, so exotically written – was a revelation for me. I think that’s when I knew I wanted to write genre fiction myself.

Writing’s a fretful, precarious profession, and I wouldn’t recommend it. Not for the faint-hearted. It’s pretty much constant rejection, frustration and dejection, not to mention poverty. However, when it’s going well, when you’re communicating your ideas properly and telling what you know is a cool story, it’s exhilarating and enlivening, and those moments make the long periods of semi-despair bearable and worthwhile. Plus, it’s always great seeing a new book with your name on the cover. That thrill never palls.

As for writing practices, I’m an old-fashioned pen-and-paper guy. I do all my first drafts longhand, because I find I can’t write fiction on a computer. The screen seems to stand between me and creativity. But put a Parker Rollerball in my hand and a lined sheet of A4 in front of me, and the world is my oyster. So I spend each weekday morning doing that, scribbling away, and then each weekday afternoon typing it into the computer and tinkering like crazy with the text, polishing and getting it right.

I used to bash out stories and short plays on an old Bluebird manual dual-ribbon typewriter my parents sort of bequeathed me, and subsequent to that on an Olympia electric typewriter. But mainly I would write longhand, and I loved producing stories for school magazines and the like and also for essay composition assignments. 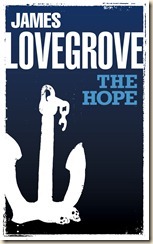 I won a short story competition at university, which gave me a little ego boost, enough to feel that I could even manage a novel, and that novel, The Hope, turned out to be my official debut on the literary scene. It’s a mad, bad book, and I’m not sure I now believe half the things I believed then when I wrote it, and I think some of the writing is pretty overwrought or indirect; but nobody, least of all me, can deny its dark, powerful energy and the sheer hellishness of its vision.

I was on a panel at a convention recently, the subject was “the future of SF”, and as I was sitting there I realised that what I’m actually writing right now is barely SF – gods and vampires are at the outer fringes of the genre, to say the least. What I write is whatever I feel like writing, so, for instance, I’m happy to pen straightforward detective stories for kids, which is one of the things I’m starting to do, and horror short stories. I’ll turn my hand to any kind of fiction as long as it interests me and I feel I can bring something new and entertaining to the table. So either I don’t fit in anywhere, or I fit in in any number of different corners and crevices. Genre fiction is vibrant and varied, a broad church, and I don’t see it diminishing or disappearing any time in the near future.

I have literally today just finished writing the sequel to Redlaw, which is subtitled Red Eye, and after that I have Age Of Voodoo lined up, which I’ll be embarking on in a fortnight or so. A teen book I wrote last year is just coming out around now (Warsuit 1.0) and a kid-detective book (The Black Phone) is due this summer. 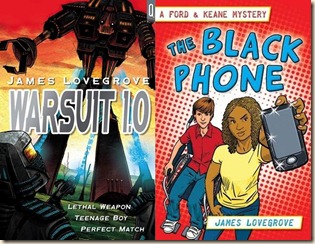 I’m reading a couple of books of research for Age Of Voodoo, and also, for pleasure, Jonathan Maberry’s zombie novel Dead Of Night. Plus I’m working my way through the pile of graphic novels by my bedside, currently reading the collection of DC’s recent T.H.U.N.D.E.R. Agents revamp.

The Avengers movie. It’s like a boyhood dream come true – and Joss Whedon’s writing and directing, which makes me doubly excited about it.