The artwork for Daniel Polansky’s next novel and sequel to Low Town/Straight Razor Cure, Tomorrow the Killing. And it’s pretty awesome: 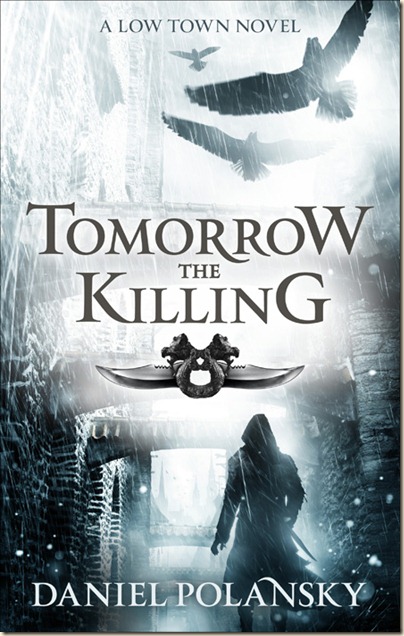 I really like this cover. Although, that device in the middle reminds me a little of the artwork for Mazarkis Williams’s The Emperor’s Knife.

I still need to read Polansky’s first novel, but with this on the horizon, I’m going to have to up the pace of my reviewing. Tomorrow the Killing is published by Hodder in August 2012 (no information yet on US release). Here’s the synopsis from Amazon UK:

Posted by Civilian Reader at 11:15 PM