Just saw this over on DC’s blog, and thought I’d share it over here. It’s an early draft of a double-page spread by Scott Clark from the upcoming ninth issue of Grifter, one of the best New 52 titles. It looks pretty awesome: 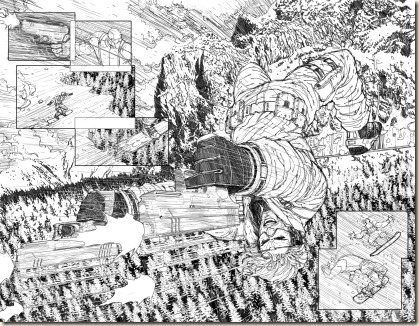 Issue 9 is an important issue for the series, as it sees not only a new creative team coming on board, but also introduces two new characters: Deathblow and Cheshire. (I mention this only because DC makes a bit of a big deal out of this – I, however, have no clue who they are…)

Writer Rob Liefeld had this to say about the new story arc for the series:

“The idea with Grifter was to open the scope of his adventures up and put Grifter against greater dangers and much bigger threats… We kick off in the Alps with some amazing action, think Bond meets Bourne on unlimited budget.”

Issue 9 is Liefeld’s first for the series, working alongside Frank Tieri. Below is the upcoming issue’s cover artwork, by Rob Liefeld: 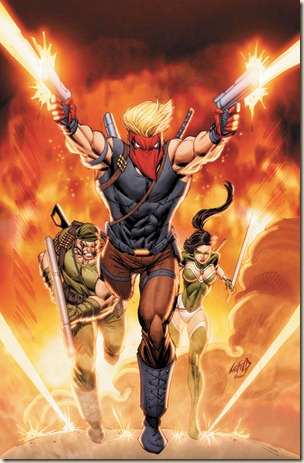