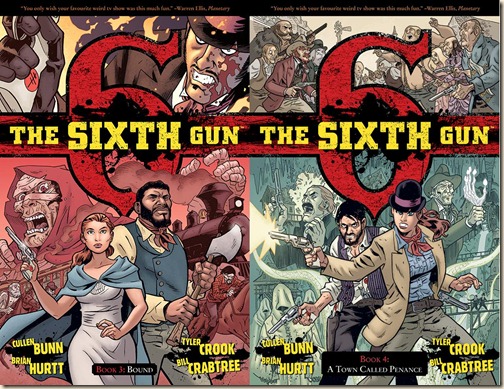 Traveling by secret railroad, Becky and Drake accompany an order of mysterious monks on a quest to bury General Hume’s body on holy ground. But malevolent forces spurred by a sinister necromancer stage a terrifying attack on the train. Drake vanishes without a trace. Alone, Becky continues her journey to a secluded mountain fortress where she discovers how deeply her fate is entwined with that of The Sixth Gun. Meanwhile, Gord revisits a haunted mansion from his past hoping to discover a means to destroy the Six, but the ghosts he stirs have no intention of letting his quest continue.

Ah, The Sixth Gun. Without a doubt, this is one of my favourite comics series. It blends Wild Western adventure with some supernatural shenanigans. There’s action, humour, spooky stuff, and a plot that will hook you from the very start. I loved both of these books.

In “Bound”, Drake, Becky and the fellas from the Sword of Abraham are taking the Six and the body of the dead evil general, via train... somewhere safer. Naturally, nothing can go smoothly, as a necromancer raises an undead posse to retrieve the guns and the body of Evil General Hume (he’s someone you just have to always include the “Evil” when you mention him...). We’re introduced to Asher Cobb – a big, fuck-off mummy. Sent by the same necromancer to retrieve the evil body, while the surprisingly-spritely undead posse take care of the living. However, Cobb has a history with Drake... We get his story in #14 – a really cool extra. 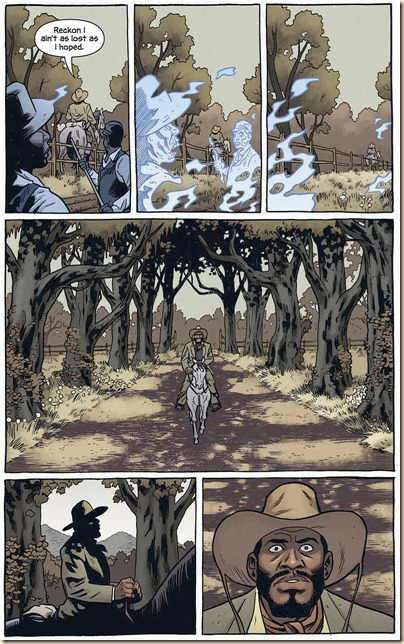 The story then moves forward a few days, as Gord heads home to collect the books on the Six from his former owner, who was in league with the Evil General. This was a nice diversion, and added a lot more to the whole spooky-supernatural side of the story. Not that the, you know, mummies, undead and magic guns weren’t already pretty obviously in the Weird Stuff arena…

With Drake missing, Becky is taken to the Sword of Abraham’s keep, and told she can never leave. But, an old friend is at hand to help, and she learns more of the power of the Sixth Gun. 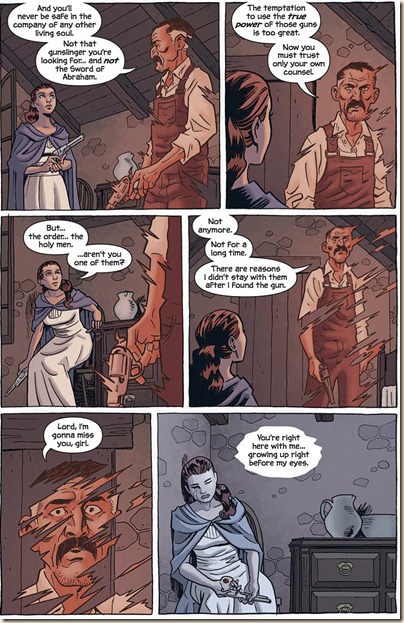 In “A Town Called Penance”, we re-join Drake after his short-lived disappearance from the train assault. He’s been captured by the Knights of Solomon, who he joined after the war – they are also the enemies of the Sword of Abraham, before attempting (unsuccessfully) to prevent her from going to Drake’s aid. The Knights of Solomon want Drake back working with them. As well as the Six, of course. Becky comes to rescue him, but there’s something not right with the town called Penance… 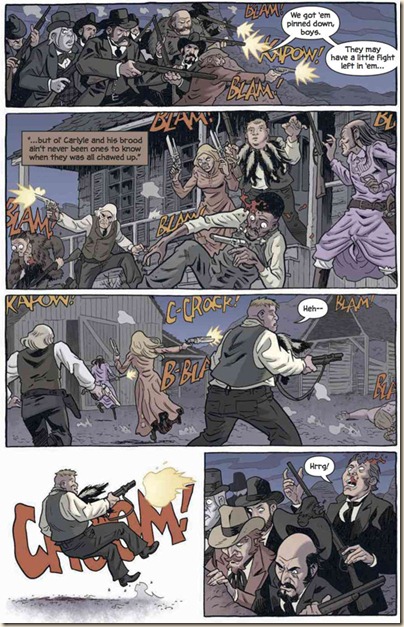 As with the previous two books, I zipped through these two books, unable to put them down. The story is gripping, fast-paced, and very well written. And the artwork is great, too – atmospheric, consistent and just all-round excellent. I particularly loved the “silent” chapter – Becky’s near an explosion, and bursts her eardrums. Then she goes on a bit of a rampage through the underground lair of the Knights of Solomon. She’s joined by Drake. They kill a LOT of people... 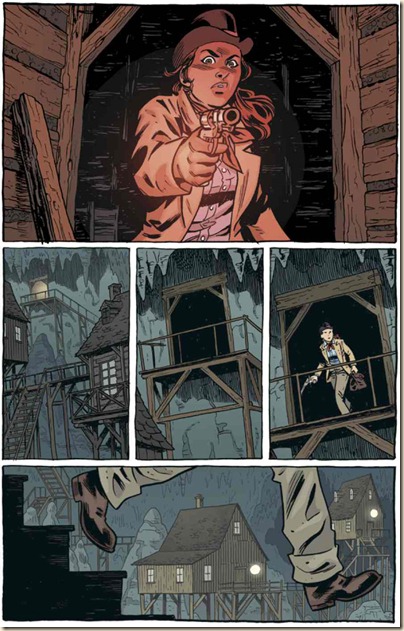 There is a really interesting revelation at the end of chapter five in this second book. It bodes very well for the future, so I will definitely be coming back for more of this series. Final chapter of Volume 4 features Kirby Hale, who we first briefly met in Volume 2, when he seduced Becky. We’re caught up on his story, and there’s a really nice parallel between his new trajectory and Drake’s in issue #1. A nice bit of writing, I thought.

Both of these books expand and build on the series superbly. We get more character development and also more world-building. I can’t recommend The Sixth Gun highly enough. Love this series. An absolute must read series for fans of comics, Westerns, and speculative/genre fiction of all stripes. Superb.