A new series for the blog (although, I may have done some similar, occasional posts way back when), in which I take a look at an author I’ve never read but really want to. And perhaps should have read by now…

GARY GIBSON, author of many well-received sci-fi novels, published by Tor in the UK. And definitely an author I should have read by now… I’ve always been drawn more to fantasy than science fiction (with the exception of Star Wars and Warhammer 40k, but that’s through long years of familiarity), which probably goes some way to explaining the oversight.

I was reminded of his work today, because Gibson’s Angel Station is Tor’s eBook of the month (DRM free, don’t forget). The author’s novels have received some rather nice new covers for the earlier books (The Shoal series, and his first two stand-alones), to match the style of his latest novel, another stand-alone, Marauder (the full artwork for which graces the top of this post).

Over on the Tor blog, you can read a quick Five Question Interview with the author, which is quite interesting.

Here are the new covers and the novels’ synopses, in chronological order… Aeons ago, a super-scientific culture known as ‘Angels’ had left incomprehensible relics all over the galaxy. Among these phenomena were the Stations, whereby human spacecraft could jump instantly from one part of the galaxy to another. And from them the brilliant Angel technology could be explored and exploited.

One of these stations orbits the planet Kaspar, where the only other known sentient species outside Earth has been meticulously allowed to continue evolving in its own world of primitive ignorance. But suddenly Kaspar's mysterious 'Citadel' has become the vital key to repelling the fast-approaching threat of the stellar burster.

At what cost, though, to its native inhabitants... and to the human residents of the orbiting Angel station? 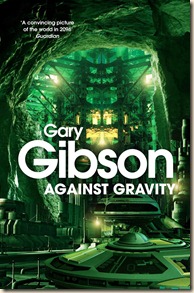 It’s the late twenty-first century, and Kendrick Gallmon, survivor of an infamous research facility called the Maze, is trying to pick up the pieces of his life, even though he knows the Labrat augments inside his body are slowly killing him.

Then one day his heart stops beating, forever, and a ghost urges him to return to the source of all his nightmares, a long-abandoned military complex filled with entirely real voices of the dead.

I really like this cover. Reminds me a little of the artwork for Chris Wooding’s Fade, actually. 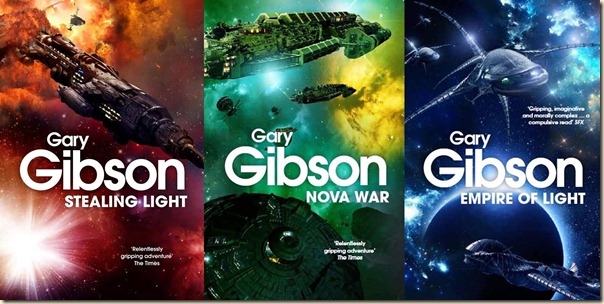 Mankind has meanwhile operated within their influence for two centuries, establishing a dozen human colony worlds scattered along Shoal trade routes. Dakota Merrick, while serving as a military pilot, has witnessed atrocities for which this alien race is responsible.

But the Shoal are not yet ready to relinquish their monopoly over a technology they acquired through ancient genocide.

Marauder, below, is also set in the Shoal universe, but is a stand-alone…

FINAL DAYS and THE THOUSAND EMPERORS 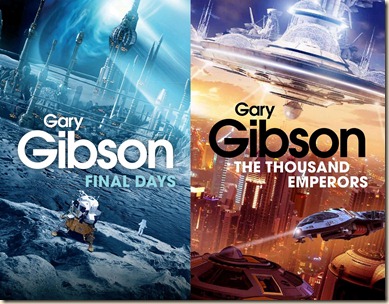 It’s 2235 and through the advent of wormhole technology more than a dozen interstellar colonies have been linked to Earth. But this new mode of transportation comes at a price and there are risks. Saul Dumont knows this better than anyone. He’s still trying to cope with the loss of the wormhole link to the Galileo system, which has stranded him on Earth far from his wife and child for the past several years.

Only weeks away from the link with Galileo finally being re-established, he stumbles across a conspiracy to suppress the discovery of a second, alien network of wormholes which lead billions of years in the future. A covert expedition is sent to what is named Site 17 to investigate, but when an accident occurs and one of the expedition, Mitchell Stone, disappears – they realise that they are dealing with something far beyond their understanding.

When a second expedition travels via the wormholes to Earth in the near future of 2245 they discover a devastated, lifeless solar system - all except for one man, Mitchell Stone, recovered from an experimental cryogenics facility in the ruins of a lunar city. Stone may be the only surviving witness to the coming destruction of the Earth. But why is he the only survivor – and once he’s brought back to the present, is there any way he and Saul can prevent the destruction that’s coming? 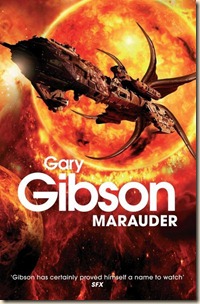 Megan Jacinth has three goals, and they all seem unattainable.

First, she needs to find her oldest friend Bash, who she’d left for dead to save her own life. Then she needs Bash’s unique skill-set to locate an ancient space-faring entity. Lastly she must use this Wanderer’s knowledge to save human-occupied worlds from an alien incursion.

The odds seem impossible, but the threat is terrifyingly real. Megan finds Bash, but the person she’d known and loved is a husk of his former self. Bash is also held captive by her greatest enemy: Gregor Tarrant. Tarrant wants the Wanderer too, even more than he wants her life, with motives less pure than her own. And he’s close to finding Megan’s most closely-guarded secret. A race across space to reach the Wanderer seems Megan’s best option. But this entity is also known as the Marauder, and is far from benign. The price for its secrets may be just too high. Megan should know, as she still bears the scars from their last encounter…

I actually have a copy of Final Days, somewhere, so I think I’ll try to get that read. But I may start with Angel Stations. We’ll see.

[If you’re in the UK, Amazon are selling the eBook for less than £4, which is less than Tor, but obviously locked to your device with DRM… The same goes for Nova War and Final Days; Stealing Light and Empire of Light are under £5.]

Anyone read Gibson’s work? What did you think?