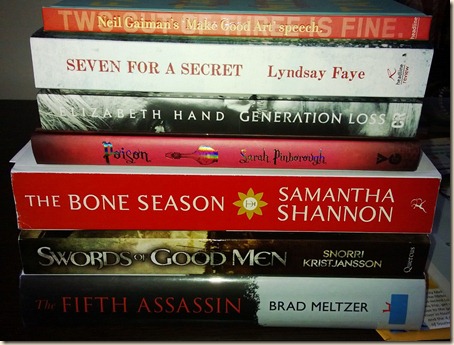 A nice selection of books have arrived, recently (also some non-fiction books, but I’ll feature them over on the other website in the near future). So, here’s the latest selection of delectable and intriguing ARCs, etc., that have arrived… 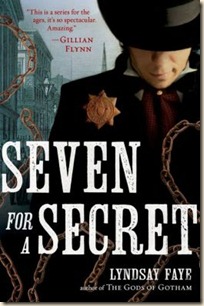 Six months after the formation of the NYPD, its most reluctant and talented officer, Timothy Wilde, thinks himself well versed in his city’s dark practices—until he learns of the gruesome underworld of lies and corruption ruled by the “blackbirders,” who snatch free Northerners of color from their homes, masquerade them as slaves, and sell them South to toil as plantation property.

The abolitionist Timothy is horrified by these traders in human flesh. But in 1846, slave catching isn’t just legal—it’s law enforcement.

When the beautiful and terrified Lucy Adams staggers into Timothy’s office to report a robbery and is asked what was stolen, her reply is, “My family.” Their search for her mixed-race sister and son will plunge Timothy and his feral brother, Valentine, into a world where police are complicit and politics savage, and corpses appear in the most shocking of places. Timothy finds himself caught between power and principles, desperate to protect his only brother and to unravel the puzzle before all he cares for is lost.

I really enjoyed Faye’s previous novel in this historical crime thriller series, The Gods of Gotham. It’s set in 18th Century New York, and covers the early years of when an official, ‘professional’ police force was created. It’s a great series, and Faye has a great prose style and approach to her characters and plotting. Highly recommended. 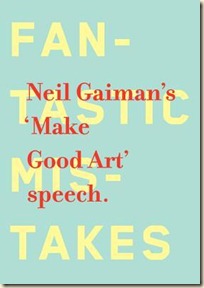 In May 2012, bestselling author Neil Gaiman delivered the commencement address at Philadelphia’s University of the Arts, in which he shared his thoughts about creativity, bravery, and strength. He encouraged the fledgling painters, musicians, writers, and dreamers to break rules and think outside the box. Most of all, he urged them to make good art.

This is an interesting little book… I’ll review it in the next couple of days, hopefully. This weekend, perhaps. 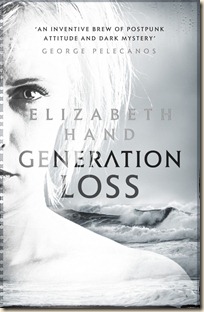 Cass Neary made her name in the 1970s as a photographer embedded in the burgeoning punk movement in New York City. Her pictures of the musicians and hangers on, the infamous, the damned, and the dead, got her into art galleries and a book deal. But thirty years later she is adrift, on her way down, and almost out. Then an old acquaintance sends her on a mercy gig to interview a famously reclusive photographer who lives on an island in Maine. When she arrives Downeast, Cass stumbles across a decades-old mystery that is still claiming victims, and into one final shot at redemption.

Elizabeth Hand grew up in New York State. In 1975 she moved to Washington, DC, to study playwriting at Catholic University. After seeing Patti Smith perform, Hand flunked out and became involved in the DC and New York City nascent punk scenes. From 1979 to 1986 she worked at the Smithsonian National Air and Space Museum; she returned to university to study cultural anthropology, and received her BA in 1985. The author of seven previous novels and the recipient of a Maine Arts Commission and an NEA Fellowship, she is a regular contributor to The Washington Post Book World. Hand lives with her family on the Maine coast.

I’ve never read anything by Elizabeth Hand. She writes both SFF and crime novels, and all the ones I’ve taken a look at have pretty intriguing premises. So, now that this one has arrived, I’ll definitely be taking a look as soon as possible. 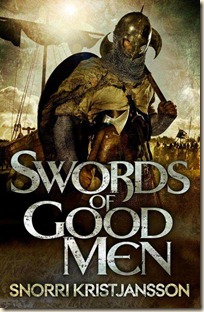 I’ve written about this quite recently, so I’ve included it here for the sake of completeness. I’m really looking forward to getting around to it. 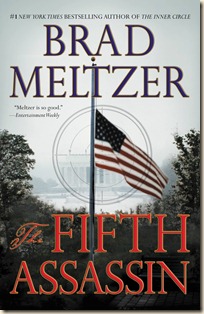 From John Wilkes Booth to Lee Harvey Oswald, there have been more than two dozen assassination attempts on the President of the United States.

Four have been successful.

But now, Beecher White discovers a killer in Washington, D.C., who's meticulously re-creating the crimes of these four men. Historians have branded them as four lone wolves. But what if they were wrong?

Beecher is about to discover the truth: that during the course of a hundred years, all four assassins were secretly working together. What was their purpose? For whom do they really work? And why are they planning to kill the current President?

Beecher’s about to find out. And most terrifyingly, he’s about to come face-to-face with the fifth assassin.

I have had a mixed experience with Meltzer’s novels. I really enjoyed The Tenth Justice, his debut, and The First Daughter was pretty good. A couple of his others have been a bit weaker (and there was one DNF). This is the sequel to The Inner Circle, which wasn’t bad, had an interesting premise, but didn’t blow me away.

[I didn’t get sent this by the publisher, not did I buy it – I got it at the local library, but decided to feature it on here anyway.] 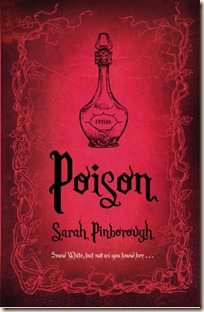 POISON is a beautifully illustrated retelling of the Snow White story which takes all the elements of the classic fairytale that we love (the handsome prince, the jealous queen, the beautiful girl and, of course, the poisoning) and puts a modern spin on the characters, their motives and their desires. It's fun, contemporary, sexy, and perfect for fans of ONCE UPON A TIME, GRIMM, SNOW WHITE AND THE HUNTSMAN and more.

It’s Sarah Pinborough. Of course I’m interested in reading it. This one, though, I’ll actually make sure I read in a timely manner. It appears that Pinborough’s books (all of which sound awesome) have been suffering from my annoying Save For Later syndrome… I will remedy this. I will! 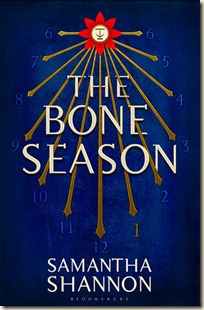 It is the year 2059. Several major world cities are under the control of a security force called Scion. Paige Mahoney works in the criminal underworld of Scion London, part of a secret cell known as the Seven Seals. The work she does is unusual: scouting for information by breaking into others’ minds. Paige is a dreamwalker, a rare kind of clairvoyant, and in this world, the voyants commit treason simply by breathing.

But when Paige is captured and arrested, she encounters a power more sinister even than Scion. The voyant prison is a separate city—Oxford, erased from the map two centuries ago and now controlled by a powerful, otherworldly race. These creatures, the Rephaim, value the voyants highly—as soldiers in their army.

Paige is assigned to a Rephaite keeper, Warden, who will be in charge of her care and training. He is her master. Her natural enemy. But if she wants to regain her freedom, Paige will have to learn something of his mind and his own mysterious motives.

I have heard nothing about this novel before, but according to the publicist’s blurb and information, it is going to be huge. It’s been optioned for the big screen, bought to be translated into 19 languages, and Bloomsbury seem to believe it’s going to be the next big thing, filling in the hole left by the end of Twilight and The Hunger Games. Colour me intrigued. [Also, I have no idea how they got my address/details…]

Posted by Civilian Reader at 9:22 PM