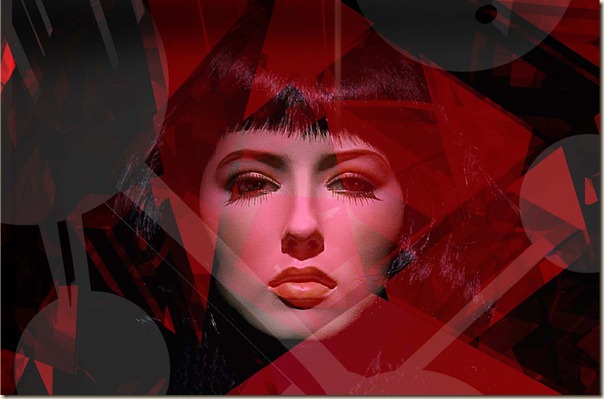 Today, I get to share with you an excerpt (the first chapter) from Stephanie Saulter’s excellent debut, GEMSIGNS. The first novel in the ®Evolution series, I’ve almost finished reading it, and have thoroughly enjoyed it (review next week). Read on…

When describing a circle one begins anywhere. Each point precedes and succeeds with no greater or less meaning; the tale they tell remains unvaried. There is neither cause nor consequence, for every moment is both. It is curious the resignation with which we declare this pattern in human affairs, and the virtue with which we credit it in nature.

But beware illusions born of too still and centred a perspective. A mere tilt of the head, a sideways step – and history unspools. The triumphs and tragedies, victories and defeats, dark and golden ages come and go and come again, each shaped by the revolution of which it is the final coordinate, shaping that for which it is the first. No two moments are exactly the same, for travelling the circuit conveys a momentum that displaces the point of return from the point of departure. Life proceeds in a spiral, pushing outward and forward, expanding and accelerating as the players whirl through their evolutions, building a vortex. Be careful. Stand in the middle and the maelstrom will pull you in.

But you must pick the right moment to join the dance. There are events which ripple down the helix, maiming and moulding all the moments that follow. These are worth understanding. Beginnings are important.

So our story begins, perhaps, with Dr Eli Walker, tasked with the mapping of divisions, accosted, accused and propositioned. Insulted, as he would have it, but then Dr Walker is a principled man. To himself he is a player in a morality tale, unravelling dissimulations. He knows, or thinks he knows, what the choices are. His own righteousness is in no doubt. He has the conviction of a man who fights on the side of angels.

But Dr Walker is a reactor to a reality, the effect of a cause. We might better begin with Gaela Provis Bel’Natur, struggling with corollaries as she makes her way across the city. They will lead her to a treasure beyond imagining, the discarded relic of a dismayed hegemony. Does our story flow from what she finds, or from the manner of her finding it? She could not tell you. Gaela is the very embodiment of unintended consequences. It is her boon and her doom, her grace and her gall. It exhausts her. Gaela could tell Eli a thing or two about the hard grind of duality. She would give a lot for a middle ground, some quiet grey in which to rest, and she may find it, for a while. But not for long. She has convictions of her own.

So Gaela, maybe Gaela is the starting point. Or maybe not. All beginnings are endings, after all, so perhaps we should commence with a departure. A long time ago, in a forest, a deep dark wood as befits a fairytale. A young girl, not much beyond childhood, flees between towering trunks, bearing an impossible burden, running for her life. She has emerged from earth and the great silent spaces beneath the cathedral of trees frighten her. She pauses for breath, rests her hand against rough bark. She has never felt anything like it.

A moth flutters away from her fingers, brown-grey and mottled and invisible until it moves, finding a safer vantage higher up. The girl is transfixed. She is reaching up towards it, hoping to see it fly again, when a whisper of sound reaches her, sighing on a breeze through the forest. For a moment she has almost forgotten the pursuit. She wishes she shared the moth’s gift of camouflage, or the possibility of escape in the trees. But even if she were to ascend into the canopy she knows they would find her, track her, burn the forest to retrieve or destroy her. There are men and dogs on her trail, and darker things as well. So she turns, slips away up the slope, running as fast as she can, making for the open ground she knows is there.

Knows? She does not know. She has seen a map. They did not think she would understand it and so did not trouble to hide it from her. She understands only too well that it may be old. The place she is making for may have changed. The trees may stop too soon, or not at all. There may be people, and not the ones she hopes to find. She had very little time, and has judged this her best chance. There is nothing to do now except struggle uphill, hearing more distinctly the whir of a helicopter in the distance, feeling the stitch burning fierce in her side, the low branches and brambles catching at her as the trees become smaller, newer, and the forest turns to scrub on the flat land of the plateau.

This is unexpected. The trees have been cleared, a hazard she had anticipated; but some time ago, and the new growth has not been managed. So she is not exposed as she had feared, but she is slowed down, reduced to walking pace as she pushes through the dense brush. Her pursuers are still moving at speed, and she can hear the dogs now, and the shouts of the men.

Strangely it is the helicopter she fears most, and she scans the sky. Its endless unbordered space should panic her, but instead the blue immensity overhead fills her with a strange, wild joy. She marshals it. There is no time yet to explore this feeling, and if she is captured the time will never come again. No sight of the helicopter, and its sound has become distant: it must be at its apogee as it circles the forest. For a moment she marvels at her luck, and wonders that it is not tracking the movements of her pursuers, as they are tracking her. The others must not all have been rounded up yet, she thinks, and hope surges in her. Again, she damps the emotion down. She is the only one who has any real chance, and that will be dashed in minutes if the helicopter is called in before she reaches her destination.

Which it will be the moment they realise where she has led them. She can clearly hear the other sound she had been straining for. It was a distant murmur as she came out of the trees, then a growing grumble as she pushed and strained through the dense growth, and now a rushing, tumbling roar as the bracken releases her and she stumbles out onto a narrow, grassy ledge.

She peers over the edge, down into the gorge that falls away a short stride from where she stands, then to the right and up to where the river pours out of the mountain far above her head, crashing into a valley as far again below her feet. White mist and water spray billow up to meet her. The cleft is narrow, a vein of softer rock scoured away over eons. On both sides the walls are nearly vertical, broken here and there by solitary trees that colonise the few ledges and point up at her like spears. As she leans over, the waterfall’s turbulence buffets her, wetting her face as though with tears.

No one is there to meet her. A mountain climber with ropes and anchors might hope to abseil down the side of the cliff; she has neither the skill nor the equipment. White water boils at the base of the drop, and she feels panic rising up into her throat. She takes a deep breath, then another and another, and casts a last look up at the deepening blue of the evening sky. Then she fixes her eyes down the long plunge into the gorge.

A moment later the tracking team bursts out of the forest and into the sticky embrace of the scrubland. The leader hears the faint thunder of the waterfall, checks her map and swears. She screams into her earset.

Within seconds the roar of the helicopter rivals that of the river as it heaves into view. By the time the trackers and dogs force their way through the undergrowth and onto the ledge, it is hovering above the gorge, swaying a bit in the updraughts, staying high to avoid the steep walls and buffeting currents. Its rotors almost span the width of the crevice. Retrieval specialists in orange safety suits hang out of the door, sweeping the gap with binoculars. Even from a distance their body language signals disappointment.

The air team leader spots his counterpart standing on the edge of the abyss and pulls himself back inside. She knows what he will say before her comlink crackles with the news.

The girl is gone.

Gemsigns is out now, published by Jo Fletcher Books. A sequel to Gemsigns, Binary, is in the works…