A quick Q&A with RICHARD FORD 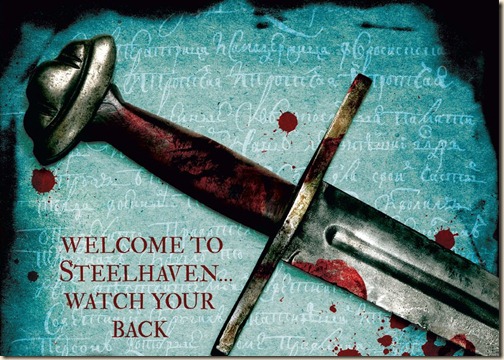 A while back, I posted a quick “Upcoming” blog about Richard Ford’s new gritty fantasy, Herald of the Storm. It sounded pretty cool. So, naturally, I wanted to interview Richard. He was kind enough to say yes, and so, in advance of my review of the novel (coming soon), here are Richard’s answers…

Let’s start with an introduction: Who is Richard Ford?

Richard Ford is a thirty-something bloke from the gritty north who has, in recent years, become a bit of southern softie. He also writes stuff on occasion, in the hope that someone will read it, and possibly even like it.

He is definitely not the other Richard Ford, who writes literary fiction in the classic American tradition and wins Pulitzers.

I thought we’d start with your fiction: Your latest novel, Herald of the Storm, was recently published by Headline. How would you introduce the novel to a potential reader? Is it part of a series?

Herald of the Storm is the first book in the Steelhaven trilogy – an epic fantasy focusing on the lives of several disparate characters as they try and survive in the grim port of Steelhaven – a city on the brink of destruction. To put it more succinctly: it’s David Gemmel’s Legend meets HBO’s The Wire!

Jealousy and envy are my main motivations. I’ve read quite a bit of epic fantasy and been blown away by it. Naturally I wanted to write my own, but make it grittier, bloodier and more potty-mouthed than anyone else’s. I think I’m pretty much there.

As for inspiration – I find I draw influences from everything and everywhere, be it other novels, films, comics, TV or even the news. Best place for gags or convincing dialogue is undoubtedly in the pub, and I’ll fight anyone who says different. 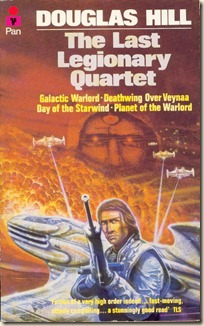 My earliest regular taste of genre fiction came from 2000 AD back in the early ’80s, closely followed by Douglas Hill’s Last Legionary novels. I was also massively influenced by the choose-your-own-adventure books of Joe Dever and Ian Livingstone and later Weiss and Hickman’s Dragonlance series.

It’s what I’ve always wanted to do, so I shouldn’t complain really. I do complain though – long and loud. I wouldn’t recommend it to anyone who isn’t comfortable spending hours and hours in their own company with the constant shadow of self-doubt looming over them.

Being rather ill-disciplined and having the attention span of a Labrador puppy, I have to be quite methodical about the way I work. Everything is plotted out quite intricately and I have a daily word count target, which I almost always fail to hit.

I used to write and illustrate my own comics when I was a kid. It soon became clear I had all the illustration skills of a battered cod, so prose fiction was probably the way to go. It wasn’t until I got some decent feedback from a schoolteacher – Mr. Bontoft – when I was around 11 that I started to think seriously about doing it for a living (before that, I was on track to be an astronaut). Unfortunately, when I left Mr. Bontoft’s class all the positive acclaim ended, and I lost interest in it for quite a few years.

Everyone’s a critic, I suppose.

I think the genre’s never been stronger, and choice for readers never more diverse. There’s been a bit of an online buzz that the grittier writers are steering fantasy away from its origins, but I just don’t buy that – read some R.E. Howard and tell me it’s not gritty. I think my work sits firmly on the back seat of the fantasy bus with all the other cool kids, but that’s not to say I don’t appreciate the nice kids at the front.

Work on book two in the Steelhaven trilogy continues apace. I’ve nicknamed it The-Book-That-Will-Not-Die, but I’ll slay it eventually, you just see if I don’t!

I’ve just finished The String Diaries by the brilliant Stephen Lloyd Jones (and I’m not just saying that because we share a publisher), and I’m about to start The Steel Remains by Richard K Morgan. 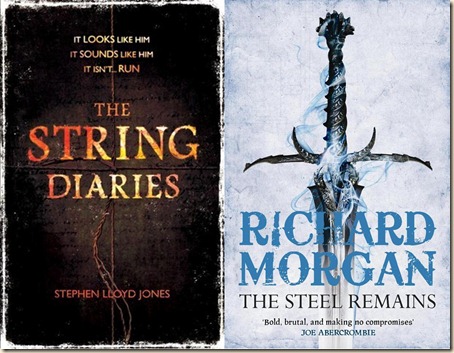 I once locked myself out of a hotel room stark naked, in true Frank Spencer style.

Hopefully I’ll have finished work on Steelhaven Three and the immense pressure and feelings of anxiety I currently experience on an hourly basis will have abated.

Oh, and the endless riches my writing will inevitably bring. I’m quite looking forward to that.

Herald of the Storm is out now, published by Headline.