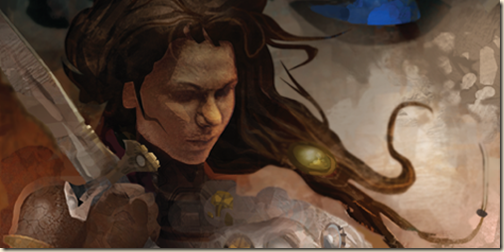 Lenora Rose is the author of The Illusion of Steel (Eggplant). A while back, I got in touch with her and asked if she might be interested in writing a little something for the blog, and she agreed. So, in advance of my review of the novel, here is Lenora on worldbuilding…

It seems that lately, worldbuilding has been coming up on the blogs of writers more than usual; possibly this is the case, or possibly it's confirmation bias, since I’ve been trying to think how to put my own thoughts about worldbuilding into perspective.

Then Ursula Vernon posted this offering, memorably titled Worldbuilding and the Okapi’s Butt, in which she remarks:

The important thing is that the reader get a sense of vast, uncanny history and weird things happening just out of sight. You don’t want to drag the world in and put it on the dissecting table—that way lies Silmarillion-esque prologues—you just want them to catch a glimpse of it, like an okapi’s butt in the rainforest, and go “Whoa. There’s a really big animal over there, isn’t there?” while it glides away into the shadows. … And the truth, of course, is that for me (and I’d guess for many of us) there’s no okapi there at all, it’s basically a big striped butt on a stick that the writer is waving through the undergrowth. Possibly while making “Woooooooo!” noises because none of us actually know what an okapi sounds like.

And this… is true. Any speculative fiction writer, in attempting to present a fleshed out world, will probably several times need to reference something outside the actual story, some past kingdom or mythical animal, some hobby of the lower classes, some religious detail, or a line about, “That time when grandmother got into a drinking contest with a Giant Stoat…” Mostly, they sit in the corners, making the world a bit more solid.

The story where these things are lacking often feels unsatisfying, at least to me as a reader. If there’s nothing past the edges of the map in the frontispiece, if all the people come from the same racial type and same cultural background without a good reason, if the hero isn’t an orphan and yet seems to lack a family, if, to paraphrase Patricia C. Wrede, I can’t figure out who does the laundry (and yet the character’s clothes are always scrupulously clean), my chances of finishing the book decrease. It’s often essential to cultivate the sense that the world is large and has been around a while before the story starts, shifting and changing like the real world does. 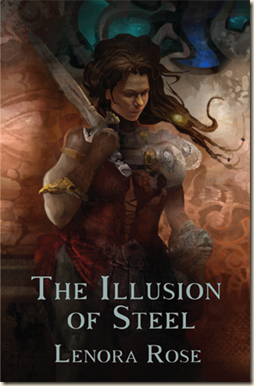 But how much worldbuilding, how much extraneous detail is enough? While some people write so as to have an excuse to world-build (Tolkien being the extreme and obvious example), others write so as to get through a story they love. We’re not all up to spending 40 years inventing our worlds; even more so for those working to deadline. It can be a rewarding game, but it can also exhaust the writer.

Even inventing, and remembering, all one’s Okapi butts can be wearing. They seem small, and they’re quicker and lighter than fully writing out the details of the Okapi in the forest (often for the reader as well as the writer), but they all need to be remembered, because when the writer least expects it, one turns into a key detail in the story. Your hero is surrounded by a tribe of giant stoats, and tentatively mentions his grandmother’s name… next thing you know, the stoat nation’s drunken-fu warriors are an essential part of his plan to defeat the enemy.

My usual workaround is to write mostly in the same world. Not the same country or culture, necessarily, not even the same time period, but a consistent world. This gives me some framework to add details that flesh the world out without exhausting myself inventing every single thing from scratch every time. I know what this character’s grandparents were doing, in that country across the sea. I know what animals are in the woods, at least well enough that when some strange thing moves through the trees, even if all I add in this moment is the flash in the trees, in another story, that animal was out in plain sight, being a big part of the plot. So I can produce the whole animal on demand without needing to invent it yet again.

Sherwood Smith uses much the same technique (with some of the overall worldbuilding that doesn’t fit into the stories appearing on her web site, for those interested enough after a few books).

It has its dangers. Not least, of course, is Tolkien syndrome, where most of his stories never got finished because their creator was refining his world yet again, and rewriting all but random pages rather than sitting down to write a piece start to end. The other is the possibility of too many subplots, too many things the reader needs to know to step into a story – as has happened with some of the multi-volume epics.

So for this, too, I developed a personal workaround.

I leave lacunae on purpose.

As I’ve already mentioned in a comment on this web site, when I read Robin Hobb’s Tawny Man trilogy, it often referred back to an earlier trilogy, the Farseer books, sketching out the youthful years of the main character, Fitz. Some of those early years had direct effects on the current story, so of course, the Tawny Man trilogy is filled with references to it, enough to keep new readers in the know but not so much a reader of the first story would feel bogged down by old information.

The main thing I took away from the Tawny Man trilogy, for all I enjoyed it very well, was that I never actually wanted to read the first trilogy. This was not, as it happens, any doubt that the story itself would be well written. I have read and admired numerous other works of Ms. Hobb’s (particularly those published as Megan Lindholm). However, in this one case, the details as they shone through the second trilogy seemed stronger to me as fleshed-out backstory than they would as a story in their own right. They made the world richer, deeper, and they satisfied any craving I had to learn more.

There are places where I have an idea what happens to the characters. In some cases, these turned into essential backstory. In some cases, they’re foreshadowed in stories that already exist. But I do not intend to write these particular stories.

I can’t say that won’t change at some point. But while there are writers of whom I wish, deeply, that they had told more stories, finished works in their lifetime rather than leaving their heir to scramble through boxes and decades of revisions – or simply leaving things unwritten forever – there are other writers where I have noticed that they’re writing every last story they can, every last side quest or passing mention in their other books. And some of them just don’t interest me. I like the implied story, the story as it is in my mind, more than anything I suspect I would read that they wrote to fill that gap.

Story is, after all, something that happens between writer and reader. Fill in all the gaps, and you leave nothing for the reader to do.

You can read an excerpt of The Illusion of Steel here. And here’s the synopsis:

Not even a shape-shifter can hide from her past forever…

Abandoned by her mother as a child, never knowing her father, Kanna Mendrays understands how to hide. She has used her shapeshifting ability to mask who she is, what she is, even her gender. Now that she has come to Melidan Tower to heal, she finds her defenses crumbling.

Peace is scarce here. Biadei—the friend who saved her life and brought her to the Tower—goes mad at each full moon. The aged Lord Daemon—infamous for having killed the man who abused him—seems to know too much about her. Every room of the Tower presents Kanna with a mystery when all she wants is peace.

And now she has begun to hear a voice: the spirit of Lord Daemon’s victim, whispering to her through a sword named Desecrator. When Biadei is captured by werewolves, it promises, “Give me Daemon, and I will save your friend. Give me Daemon, and you will know the truth about your family…”