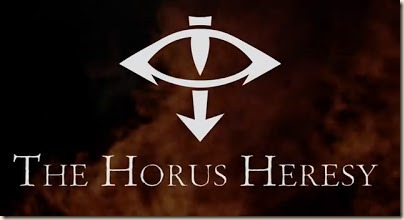 Near the end of July, Black Library released four Horus Heresy short story eBooks through their website. Naturally, as a real Heresy junky, I gobbled these up ASAP. All four are pretty different, offering alternative perspectives on different events and times during the galaxy-spanning civil war that dictates much of how mankind operates in the 41st Millennium (the ‘present’ for the game and system). So, here are four mini-reviews of these excellent stories… 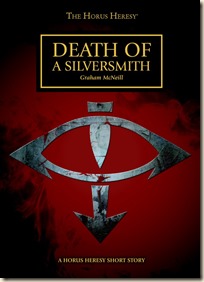 DEATH OF A SILVERSMITH by Graham McNeill

In what should have been the pinnacle of his career, a lone remembrancer meets an unfortunate end at the hands of the Luna Wolves. So close to the heart of the Warmaster’s emerging powerbase, were the signs of Horus’s fall apparent from the beginning, yet heeded by no one?

Death of a Silversmith originally appeared in the Games Day 2011 Anthology, but was then collected in Shadows of Treachery, the third Horus Heresy anthology. I reviewed it then, but here is what I had to say at the time…

This was a pretty good, if very short, story. The significance of the events told, however, I can’t quite pinpoint – it probably refers to something from the original three Horus Heresy books (Horus Rising, False Gods, or Galaxy in Flames), but I read those so long ago that I can’t quite remember them as well as I perhaps should. It was frustrating to not know, I must admit, but this is nevertheless a very good, very-well-written story. 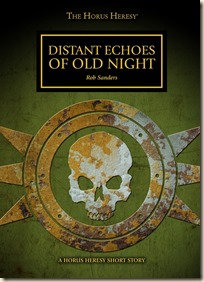 Death Guard Chaplain Murnau has shot down an Imperial Fists vessel on a dismal backwater world, and the forces under his command are closing in on the wreckage. With his mission clear in his mind to leave no survivors, Murnau unleashes one of his Legion’s most deadly units – the fearsome and infamous Destroyers.

This was a very good story. Following the Death Guard, who have always seemed a little broken, we witness a small part of their campaign to destroy and remake a world in some putrid image. It wasn’t clear if the Legion had fallen to Chaos and Nurgle worship just yet (something that hasn’t yet been explained or portrayed to my satisfaction in the Horus Heresy literature). Sanders does a great job of bringing these characters to life, and adding just a shade of black humour to certain events. The end was very good, too. I really hope he writes some more Heresy fiction. 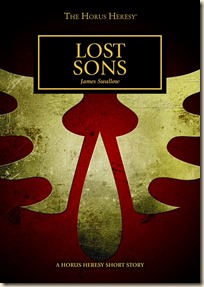 The Blood Angels were lured into a trap at Signus Prime by the most vile treachery imaginable, but not all of them went with Sanguinius on that fateful journey. Keeping the home fires burning on Baal, the remaining honour guard are brought news of their primarch’s death and must decide upon the final course for their Legion themselves.

An intriguing story. The small force of Blood Angels who were left on Baal to hold the fort in their Primarch’s and brothers’ absence. This takes place near the end of Fear to Tread, Swallow’s excellent, brutal Heresy novel of the end of last year. We see a guest appearance from the Nathantiel Garro series of audio-dramas, and the shadow Astartes corps that he has started to build (I’m still not entirely sure which one they actually will grow into…). A very good short story. We see the fierce loyalty of the Blood Angels, and their utter belief in their Primarch’s ability to overcome any obstacle. THE DIVINE WORD by Gav Thorpe

Despite being prohibited by the Imperial Truth, the religious text known as the ‘Lectitio Divinitatus’ has gathered many believers from across the galaxy. Fighting alongside the Raven Guard Legion, Marcus Valerius of the Therion Cohort has long scorned those who seek to deify the Emperor, but a flash of inspiration leads him to question whether or not there are greater forces at work in the universe...

The story focuses not on any Astartes, really. This was a nice alternative, I thought, as the story follows a human commander. The commander, however, has visions and premonitions, and despite his initial scepticism, looks in to the growing cult of Emperor worship. A nice alternative perspective. It would, actually, be quite nice to read more stories that feature non-Astartes characters (interesting as they are, of course).