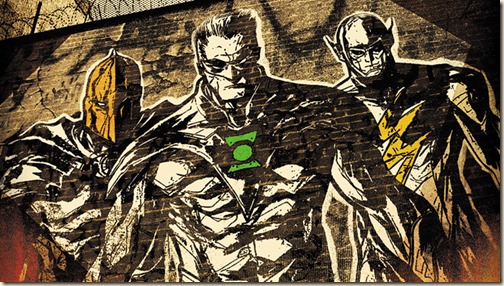 I’ve only read the first volume of DC’s Earth 2. There was some great stuff in it (artwork in particular), but also some things that didn’t quite work for me. I’ve been told by a couple of other reviewers that some of the things that niggled are longer-term plot-points – an example of my approach to reading comics perhaps not being the best for seeing the wider picture.

Regardless, it’s a series I’m intrigued by, offering as it does an alternative DC Universe. The series is written by James Robinson. If I ever needed an excuse to catch up and keep reading it, though, the covers for issues #14-16 are it: 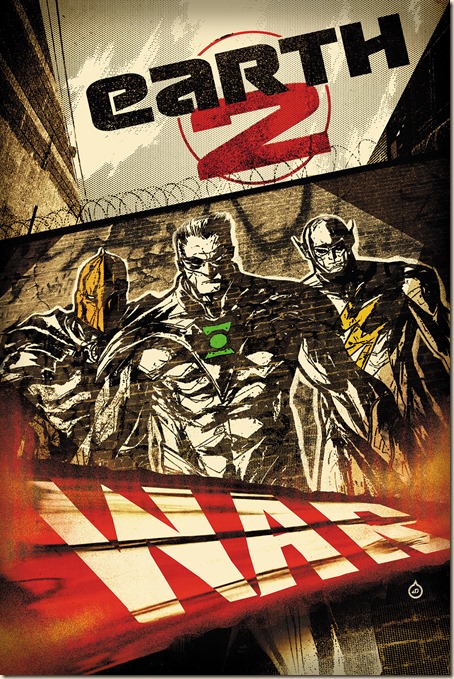 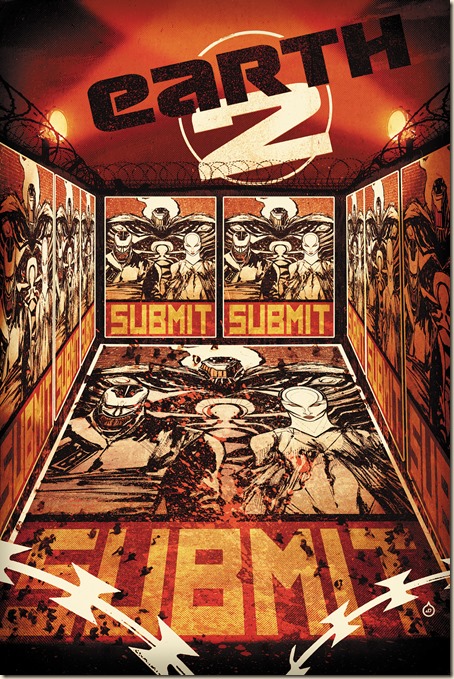 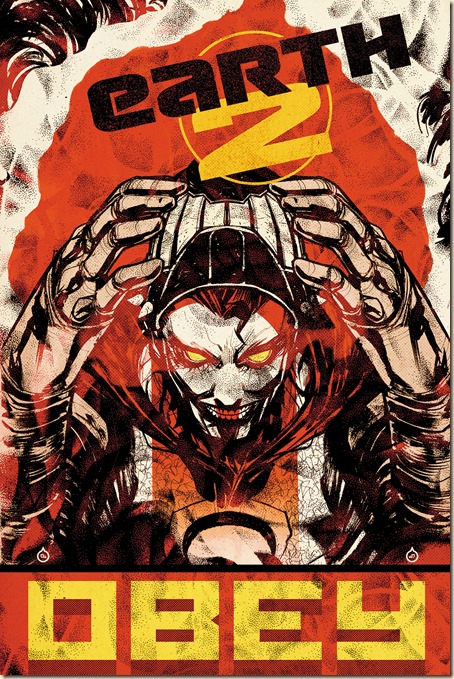 I love these covers! The colours, the weathered-vintage style, the slight Soviet-influence. Really striking. I have no idea what the story is, by this point, but there are the (rather cryptic) synopses for the issues:

#14 – The bells of war ring loudly as Green Lantern, The Flash and Doctor Fate attack Steppenwolf head on – with the future of Earth 2 hanging in the balance.

#15 – Dr. Fate, Red Arrow, The Flash, Green Lantern and The Atom all fall victim to the Hunger Dogs of Apokolips as the war against the forces of Steppenwolf continues.

#16 – The war against Steppenwolf and the Hunger Dogs is over… all hope is lost!

The first two of these issues have been published, and #16 will be published October 2nd 2013. I will start saving up to catch up… now.

Posted by Civilian Reader at 4:01 AM