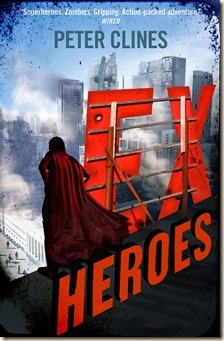 Now, a year later, the Mighty Dragon and his companions protect a last few thousand survivors in their film-studio-turned-fortress, the Mount. Scarred and traumatized by the horrors they’ve endured, the heroes fight the armies of ravenous ex-humans at their citadel’s gates, lead teams out to scavenge for supplies—and struggle to be the symbols of strength and hope the survivors so desperately need.

I had high hopes for this novel – mixing superheroes and zombies seems like such an awesome, perhaps even common-sense mélange, yet it had not been done before. So, when the three books arrived on my doorstep, I was eager to get stuck in. While Ex-Heroes had some good bits – the action-scenes, in particular, are well-written – ultimately, I do not think this book was ready for publication. This was a big disappointment.

Ex-Heroes is very much rooted in the super-hero and zombie apocalypse genres. Clines does a fine job of painting the post-apocalyptic Los Angeles, and it was never difficult to get a sense of the place and atmosphere when he was writing about the city, it’s few surviving residents, and its shambling hordes.

The novel is also, disappointingly in my opinion, equally rooted in comic book aesthetic of, at a guess, 1990s Marvel – all of the women are super-hot, sexually available, adolescent fantasies. There’s even a “dominatrix-ninja” who doesn’t wear very much at all. This character is Stealth, and Clines overdid her introduction: it is filled with such cliché ideas of what makes someone a genius, for example, and also explanations of how much being stunningly beautiful was something that never mattered to her, and that she was endlessly frustrated that people will only ever see her worth in her looks. Fine, nothing wrong with the latter. But then why on Earth would she design an outfit that accentuates her underwear-super-model figure? And yes, she was an underwear-super-model. I think I get what the author was trying to comment on, but he didn’t do it too well at all. And I may be being charitable…

The novel is meant as pure entertainment, and I can certainly see what the author was trying to do. In many ways, he succeeds, but the end result remains not brilliant. It’s a good, even inspired blend of two popular genres – I’d say more rooted in superhero than zombie sub-genre, though, as it lacks the slow-build, sinister tension of the best zombie tales. It does a good job of tapping in to many wish fulfillment needs of super-hero fans everywhere.

Another major weakness, in my opinion, was the writing. I think it could have been much better written. The story lacked depth, but I can’t deny that I zipped through what I read pretty quickly. Sadly, the characters were unsurprising, some of the “psychology” seemed mixed up or garbled. The “relationships” were bland, relying on gorgeous, sexually aggressive women fawning over the menfolk. It lacked tension. Ultimately, I was rather bored. Which is why I stopped reading. 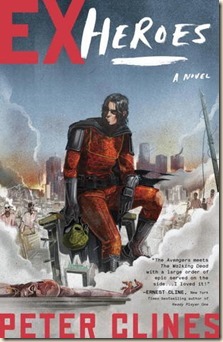 Which is a pity, as I thought there were elements of the narrative and apocalypse-building that were innovative and interesting. For example, the nature of zombism idea is intriguing: the virus/pathogen is actually non-fatal, it just turns people/victims into walking petri dishes, as if they have been “injected with the CDC’s wish list” of the myriad diseases percolating in Los Angeles.

And the action scenes aren’t bad. But the overall momentum, and the level of my interest dwindled quickly, the more I read. Each time I picked it up, I’d easily get through a handful of chapters. But each time it took a bit more effort to pick it back up. I wonder, really, if the novel had been properly formulated before it was written – most of the ideas are there, but I would describe this as an early draft at best. It’s missing development. It lacks chops.

As I mentioned at the start, I was sent the first three novels in the series, which makes me feel a little awkward about disliking it as much as I have, truth be told. Will I read the others? Probably, yes. But I’m in no rush to get to them, so don’t hold your breath for reviews in the near future.

With Ex-Heroes, while Clines has managed to come up with an interesting, original spin (as far as I’m aware) on two very popular genres, the actual story, characters and quality of writing aren’t there. I really wanted to like this, but ultimately, after about 40% of the novel, I just couldn’t read any more. This, in my opinion, was not ready to go to market. A real shame.

Update: The original version of this review included an error. I stated that Ex-Heroes was previously self-published, when in fact it was published through a small-press: Permuted Press. Apologies for the error.

Ex-Heroes – and the sequels Ex-Patriots and Ex-Communication – are out now in the UK (Del Rey) and the US (Broadway). 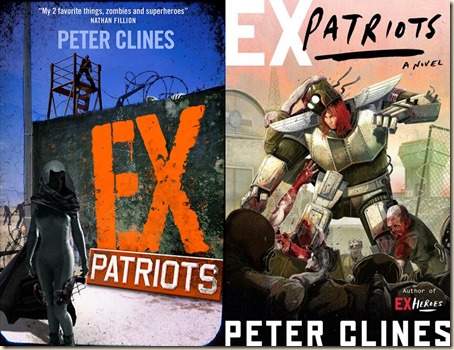 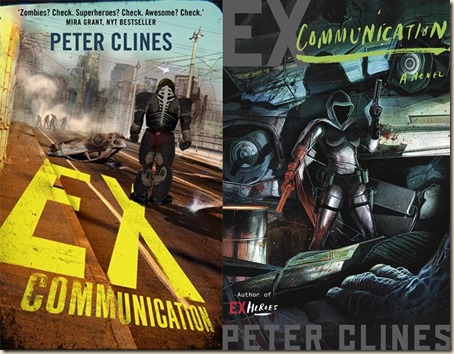 The fourth book in the series, Ex-Purgatory, will be published in January 2014. Here are the covers (UK, US): 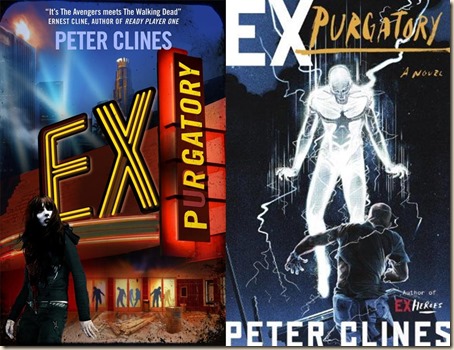