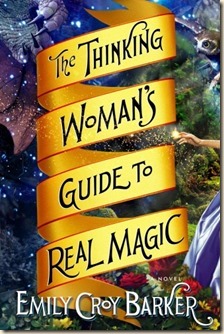 What sort of languages do they speak in other worlds? I gave some serious thought to this matter in writing my novel, The Thinking Woman’s Guide to Real Magic — and was intrigued and inspired to discover, in reading about the life of J.R.R. Tolkien, that the same question had helped spark the creation of Middle-earth itself.

Tolkien was 22 years old and a philology student at Oxford University when he encountered the eighth-century Old English poem Crist by Cynewulf. As Colin Duriez writes in J.R.R. Tolkien: The Making of a Legend, the poem included a couple of lines that Tolkien found intensely evocative:

“Hail, Earendel, of angels the brightest,

Sent over middle-earth to mankind.”

Tolkien was struck particularly by the name “Earendel,” which has roots in older, Germanic languages and which he called “euphonic to a peculiar degree.” It inspired him to write his own poem about a hero’s quest.

Instead of just borrowing the name “Earendel,” however, as a good philologist Tolkien worked out an equivalent in Elvish, the private language that he had been developing from Norse and Germanic roots. Earendel becomes “Eärendil” in Tolkien’s poem – and in the sprawling mythology that would eventually underlie The Lord of the Rings and The Silmarillion.

“…The name could not be adopted just like that,” Tolkien later wrote. “It had to be accommodated to the Elvish linguistic situation, at the same time as a place for this person was made in legend.” Elvish, he went on to say, “was beginning, after many tentative starts in boyhood, to take definite shape at the time of the name's adoption….” In a foreword to The Lord of the Rings, he wrote that the legends and myths of Middle-Earth were “primarily linguistic in inspiration and was begun in order to provide the necessary background of ‘history’ for Elvish tongues.” For Tolkien, the creation of a fantasy world, its history, and its language were inextricably intertwined. 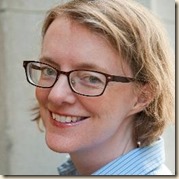 Creating my own fantasy world, I kept that lesson in mind. In my novel, Nora, a graduate student in literature, wanders into an entirely different world, where she ultimately begins the study of magic. Before that, however, she has to learn the language.

Luckily, she’s able to pick up the basics of the common tongue, Ors, while under a translation spell. But it still takes her a while to grasp the nuances of the language and to develop real fluency, not to mention to lose the unfortunate accent that she accidently acquired while under the spell. As she masters Ors, she also learns more about the strange, often frustrating new world in which she finds herself. There are 12 different words for sheep. Given names in the ruling class are all patronymics. Women are supposed to speak slightly differently—more hesitantly—than men. Nora learns just what some of her new friends think of her when she overhears them referring to her with a pronoun used for inanimate objects, animals, or servants.

I want to be perfectly clear: In inventing a language, I was nowhere near as rigorous, analytical, or sophisticated as Tolkien was. There’s no Ors dictionary or grammar. But including just a few details of how the language worked added interesting texture to the world that I’d imagined.

It also helped me show how foreign this place initially seems to Nora. More than once, she’s frustrated because there’s no Ors equivalent for the English word she has in mind. For an academic like Nora, being suddenly illiterate is quietly terrifying. The first time that she even begins to feel at home in this alien world is when she picks up a child’s lesson book in Ors and realizes that she can teach herself to read.

Language is what we build stories out of. We can also use it to build worlds.

Emily Croy Barker is the author of THE THINKING WOMAN’S GUIDE TO REAL MAGIC, published by Penguin US this month. To find out more, be sure to follow Emily on Facebook and Twitter.

Nora Fischer’s dissertation is stalled and her boyfriend is about to marry another woman.  During a miserable weekend at a friend’s wedding, Nora wanders off and walks through a portal into a different world where she’s transformed from a drab grad student into a stunning beauty.  Before long, she has a set of glamorous new friends and her romance with gorgeous, masterful Raclin is heating up. It’s almost too good to be true.

Then the elegant veneer shatters. Nora’s new fantasy world turns darker, a fairy tale gone incredibly wrong. Making it here will take skills Nora never learned in graduate school. Her only real ally—and a reluctant one at that—is the magician Aruendiel, a grim, reclusive figure with a biting tongue and a shrouded past. And it will take her becoming Aruendiel’s student—and learning magic herself—to survive. When a passage home finally opens, Nora must weigh her “real life” against the dangerous power of love and magic.

The novel has been described as perfect for fans of Lev Grossman’s Magicians and Deborah Harkness’s A Discovery of Witches.