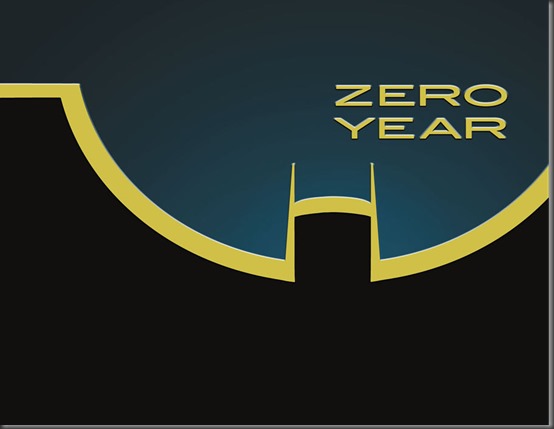 Witness The New 52 origin of The Dark Knight in BATMAN: ZERO YEAR! Twists and turns are around every corner as Bruce Wayne takes the final steps toward his destiny! And in the backup story, learn more about how different Gotham City was at this dangerous point in time.

The second chapter of “Zero Year” delves into Bruce Wayne’s past with the Red Hood Gang and his run-ins with aspiring District Attorney Harvey Dent! And in the backup story, a secret moment from Bruce’s training abroad is revealed for the first time!

These three issues comprise the beginning of a new, larger Batman story-arc. I thought I’d pick up with my comics reviewing, again, and this seemed like a perfect place to start. This storyline, “Zero Year”, focuses on Bruce Wayne’s evolution into the Batman. “Wait, hasn’t this been done before?” you may ask. Well, yes, it has. But Scott Snyder seems to have decided to go even further back, and take a little more time investigating Bruce’s change and development of the idea of the Batman. 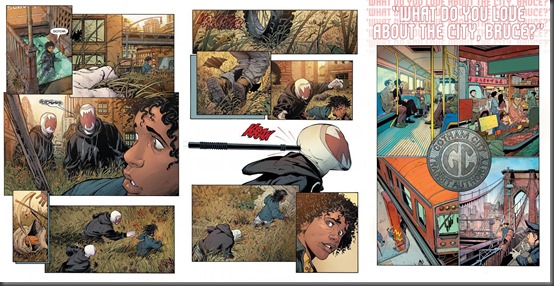 The first of these issues starts off with what appears to be a dystopian Gotham City, not dissimilar to a post-apocalyptic New York (think of NYC in the I Am Legend movie), overrun by thugs. I hadn’t expected that. (See images, above.) The story then jumps to a different time, leaving all of my questions unanswered. We learn that Bruce has only been back in Gotham for a few weeks, and Alfred is struggling to understand and accept his ward’s approach to cleaning up the city. Bruce’s Uncle Philip Kane has tracked him down, though, and wants his nephew to take over Wayne Enterprises. Which, of course, Bruce doesn’t want to do. He’s waging his battle against the Red Hood Gang (doing some pretty crazy stunts), which I last read about in Alan Moore’s The Killing Joke. 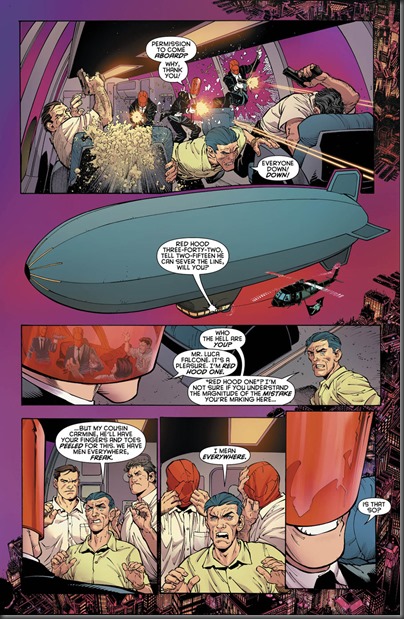 In issues #21-22, the story is really only being developed. Bruce is outed by his uncle, Alfred is pushing him to come out of the shadows, to revive the Wayne name and status, and to honour his parents’ legacy and memory. Bruce meets Edward Nygma. And that’s about it, really. A bit tricky to really say much more, as we’re still only seeing the opening moves in a much larger storyline. There will be some cross-over into the other Bat-Family titles, too.

These two issues are pretty good, it’s true, but I think we’re still way too early to be able to write much more than that. As can be expected, the artwork is also top-notch, and I had no complaints in that department at all. 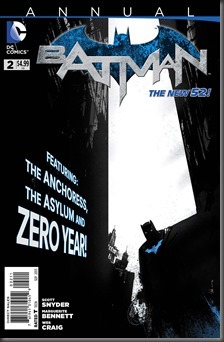 Despite broadcasting on the cover that this is connected to “Zero Year”, it isn’t, really. There is some mention of Bruce’s early days as a vigilante, as he broke into Arkham Asylum and bumped into the Anchoress. That being said, this is a really good issue – at just six pages longer than a normal issue, I’m not sure it justified its higher price-tag, but I think Bennett (a protégé of sorts of Synder’s) does a great job with the characters and story. Batman has been invited to test the security of an all-new, super-high-tech wing of the Asylum, which is intended to hold the worst of the worst. Unfortunately for Bats, the Anchoress blames him for Arkham’s change in purpose (it really did used to be focused on curing and treating the inmates, rather than merely incarcerating them). 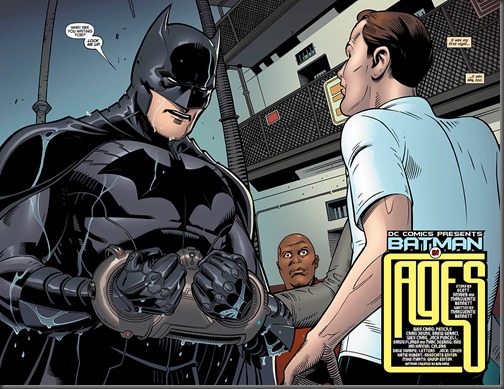 A solid issue, and certainly well-worth reading, but don’t be fooled by the mentions of “Zero Year”. It is tangentially connected, and not in a way that will be essential to the overall storyline. (Unless something weird happens later, I suppose…)  I certainly look forward to reading more by Bennett.

Posted by Civilian Reader at 10:32 PM