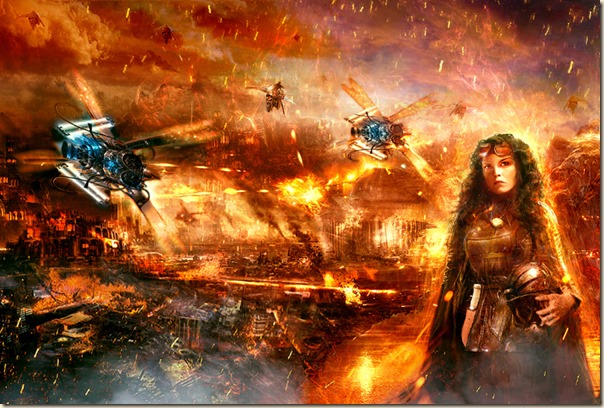 In this guest post, Adrian Tchaikovsky looks back on the nine books in his Shadows of the Apt series available to date (the tenth and final book in the series, Seal of the Worm, will be published next year, by Tor UK).

It seems a lot longer ago than 2008 when the first of the Shadows of the Apt books came out. Maybe it’s that the actual setting and a lot of the characters, most definitely including War Master Maker, came from a role-playing campaign I ran back in the early 90’s, and have been rattling about in my head ever since. But mostly I think it’s just the very different pace my life has had ever since the first book got taken up by Tor UK. “Roller-coaster” is a fair description: highs and lows.

Ten books. Ten books is a lot, frankly. Even nine books is a lot, and we’ve still got Seal of the Worm next year. A lot, but not unprecedented. Steven Erikson’s Malazan Book of the Dead, George R.R. Martin’s Game of Thrones. A certain species of fantasy does lend itself to the grand and epic sweep of invented history. I don’t think that I could have told the story I wanted to tell in less. In fact it’s been a job to fit it in the space I’ve had.

The first four books – Empire in Black and Gold through to Salute the Dark – are the story of the first war, covering Stenwold’s hard-won rallying of the disparate Lowlands cultures to fend off the Wasp-kinden’s advance, and at the same time the equally key political tangle of the Imperial court, and the covert struggle for dominance between Alvdan and his unassuming sister. 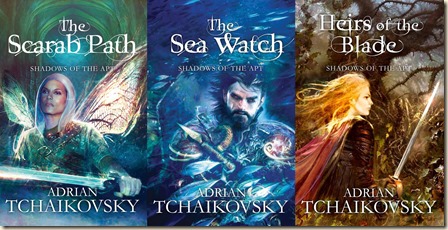 Books five to seven are set between the wars: the Lowlands falls apart, the Empire makes the political and technological adjustments that will allow it to return to the campaign. Most importantly, several characters have their moments of forging and testing: Cheerwell in The Scarab Path, Stenwold in the Sea Watch and Tynisa in Heirs of the Blade.

Heirs of the Blade nearly sunk me, in fact. As well as Tynisa’s adventures in the Commonweal, this turned out to be the pivot-point for the whole series: here was where the stories from the previous volumes came to be tied up, and the foreshadowing for the next came to loom. No other book in the series gave me quite as many fits, or got edited and shuffled about so much. One entire subplot just had to be cut entirely because it was less than essential, and because by then the book was very long. 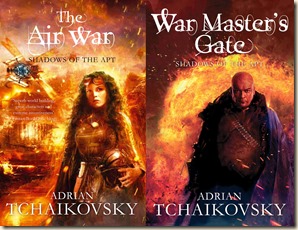 And then we hit the final leg: the Empire, in fact, striking back, starting with the blitzkrieg of The Air War, and continuing with the new War Master’s Gate that has our man Stenwold on the cover and in the title. Readers who have followed the series to date will know that since Salute the Dark the books have followed two different plotlines – the political/technological (“Apt”) line through Sea Watch and Air War, and the mystical (“Inapt”) plot of Scarab Path and Heirs. Well, War Master’s Gate is where it all comes together. It’s just about the whole gang back together again in one volume (if not one place): Stenwold, Che, Tynisa, Thalric, Tynan, Seda and the new characters from the Air War. Everything comes together; everything falls apart. There will be blood, magic, killer war machines, characters will die like flies (or, indeed, Flies). And then, after the smoke clears, there will be the Worm.

The first nine books of the Shadows of the Apt are out now in the UK, published by Tor (War Master’s Gate is published today, in fact). The first four novels in the series are published in the US by Pyr Books.

For more information about the series and the author, be sure to visit Adrian Tchaikovsky’s website and follow him on Twitter. Naturally, of course, what you really need to do – if you have only recently been introduced to this author – is go out and buy the series! And I need to catch up! With the final book on the horizon in 2014, I think I may actually be able to catch up, if I read roughly one every month or two…

Who else has read some or all of the Shadows of the Apt? Feel free to share your thoughts in the comments thread, below.