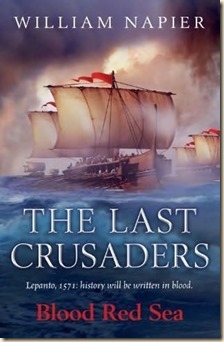 Just back from a week sailing round Corsica and Sardinia. Gorgeous weather first four days, swimming, snorkelling, and a lot of cheap rosé. I read Alison Weir’s book on the Wars of the Roses. Highly recommended. Then, on Thursday afternoon, the sky turned black and a huge wind got up. We headed fast for what should have been safe anchorage in a north-east-facing inlet at Spalmatore, having been told the usual stormy August westerly was on its way… Big mistake. The storm came straight out of the north east, and the boat started to buck around like a wild mustang with behavioural issues.

We’d tied up to two buoys for extra stability but now the waves were broadside on, the boat rolling terribly, and we had to stagger out in the big swell and loose off one of the buoys so the boat could at least swing round and pitch into the coming sea.

Around 1am the storm broke and it was spectacular. Lightning over the mountains of Corsica that went on for a good two hours, truly retina-scorching, then hailstones the size of marbles. A full Mediterranean summer storm, astonishingly violent. The next day, the sky was blue again, the seas still pretty big but a fine wind and a whole day of brilliant sailing, the deck at 45° all the way.

At times during the night it had been genuinely frightening, as well as exhilarating. Danger survived always makes you feel more alive. But it also made me think how the old mariners, those who sailed the Mediterranean in Homer’s time, or the time of Lepanto, must have coped. No wonder they believed in monsters, prayed so fervently to their gods. We might have been badly chucked around for a while, but we had lifejackets, SatNav, radio. There was never any real danger. If you’re a writer, then all experiences, even the hard ones, are good material, and this was a powerful reminder of just how tough and courageous our sailing forefathers were.

During the Battle of Lepanto, in October, the weather was also pretty rough. Hard to imagine how the Christians and the Turks managed not only to control their galleys in those big seas, but handle the guns with relative accuracy as well. No wonder they had to come so close and fire at such close range. The result was the most terrible carnage, with a casualty rate on that single day, 7th October 1571, of some 40,000: a figure never again equaled until the First World War. And as for historical significance, I would argue that Lepanto’s was greater than either Hastings or Waterloo. The future of much of Europe, not just the Balkans, might have been far more Ottoman and Muslim had it swung the other way. It should be better known.

And there are many reasons why we might remember the desperate bravery of the men who fought on both sides, from the dashing aristocrats like Don John of Austria, to the hard bitten captains like Uluch Ali, to those indomitable warrior-monks, the Knights of St. John, to the poor emaciated bastards chained to the oars down below. And our mild little summer storm last week was another reminder of that.

The Last Crusaders: Blood Red Sea is part of Napier’s Clash of Empires series. It is out now, published by Orion in the UK. Here’s the synopsis:

1571. Chained to a slave galley in the heart of the Mediterranean, it seems that English adventurers Ingoldsby and Hodge might have finally run out of luck. But as former Knights of St John, they’ve survived worse, and while the men around them drop dead at their oars, they’re determined to escape.

By a miracle of fate, they find their way back to dry land and freedom – but unable to return home. With the Ottoman Empire set on strangling the crusading Christian power before it can take root, hostilities between East and West – Muslim and Christian – are vicious and deadly.

And as the sun rises on one day in October, five hours of bloodshed will change the course of history. Once again, the two Englishmen find themselves living on borrowed time...