I don’t really know what’s going on with “Villains Month” (I haven’t been following comics news as closely these past couple of months, partly because I’ve been reading my favourite series a couple months behind). It seems to be a way to release three extra issues of certain DC comics in a month. Not sure if they’ll tie in directly to the main series story-arcs, or if they’ll work as interesting asides, or side-stories for fans who would like a little bit more.

Whatever the reason/purpose of these issues, I was browsing DC’s press site, and found some interesting artwork, which I thought I’d share here. 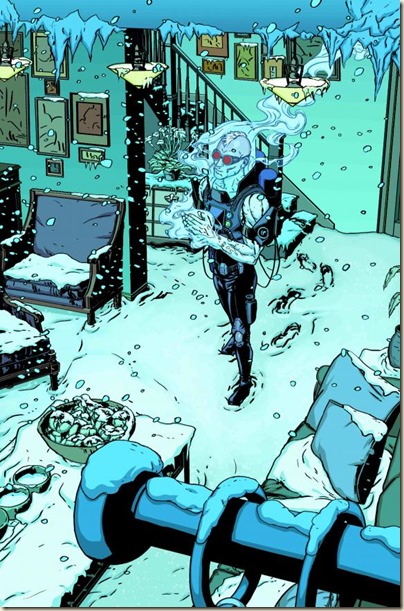 Next, two twisted and intriguing pages featuring the Joker and the Ape House, from Batman #23.1 – Joker… 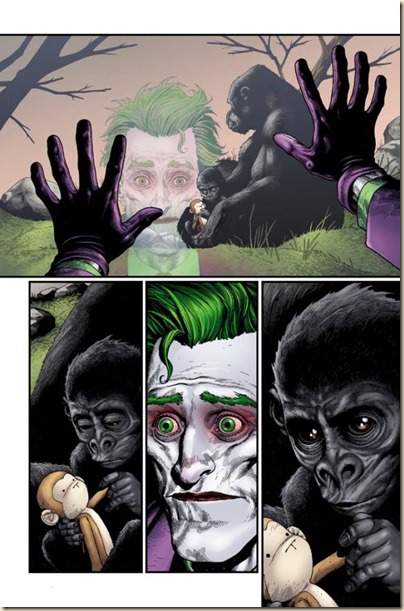 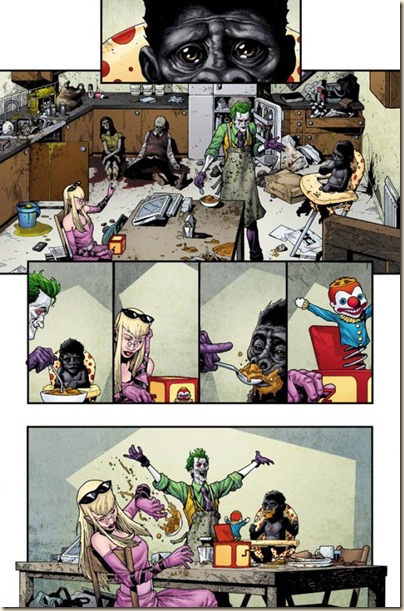 And finally, this very moody, sinister page from Batman & Robin #23.2 – Court of Owls: 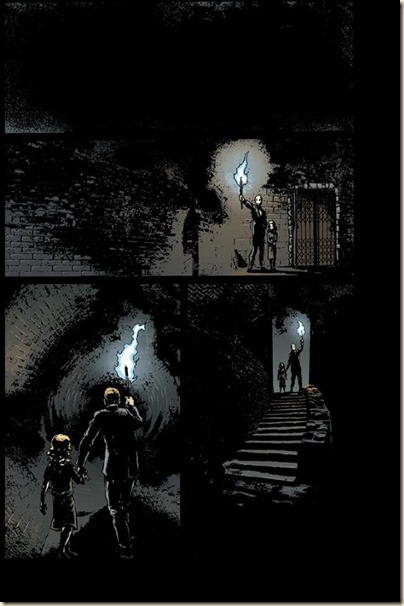