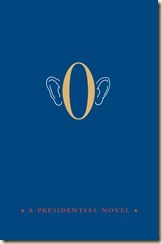 Among them are: Cal Regan, a rising political star who takes over the president's 2012 re-election campaign after O’s veteran campaign chief is forced to resign because of an affair with a teenage prostitute; Maddy Cohan, a dazzling young journalist whose sharp reports for an upstart website are a frequent source of conversation among the political elite, and whose relationship with one of her sources could complicate her career; Walter LaFontaine, one of O’s earliest Chicago supporters, who despite being left behind when O went to Washington, yearns for a larger role in his hero’s re-election campaign; Tom “Terrific” Morrison, a one-term governor with a military background, who is emerging as the likely nominee and a formidable opponent. Privately derisive of O, Morrison seeks to run a classic change campaign similar to O’s historic march to victory in 2008; Allen Knowles, a wealthy Silicon Valley campaign donor who gives Cal Regan secret information which could be damaging to Morrison’s campaign.

Meanwhile, O is chafing under the demands of the presidency. His senior aides are running him too hard and, to his irritation, have advised him not to play golf on the weekends. To win re-election, he realizes he may have to adopt political methods he had once denounced.

President Obama is fast becoming the most written-about (modern-day) president. Following on in a new sub-genre, we get O: A Presidential Novel (henceforth, O:APN) – an anonymously-penned fictionalisation of Obama’s campaign for re-election in the upcoming 2012 presidential election. Filled with insider detail, and satirical jabs at Washington culture and many familiar faces from the Obama White House (all given different names, of course), O:APN is a novel of mixed strengths and weaknesses.

The author is someone who clearly has a negative opinion of Washington, DC, and its creatures (in itself, not unique or particularly exceptional), and this cynicism for the capital’s culture crops up frequently. Some of the characterisations are a little cliché or heavy on the tropes, but I suppose that can be forgiven. The author drops comments about “Washington’s self-obsessed nature”, the universal arrogance that one’s opinions are fresh and essential and therefore must be shared with a professional campaign staff, the inanity of so many campaign “issues” that arise when journalists have nothing better to write about, and the difference between friends and “Washington friends” – “those utilitarian, affectionless acquaintanceships prevalent in the nation’s capital”. The description of DC and American political culture seems spot-on, from what I’ve read and seen, and the novel certainly benefits from the insider information and experience the author must have had at his fingertips.

The book is written in a rather peculiar style. At times, particularly during scenes of dialogue, it feels natural and brisk; while at other times, it feels disconnected. The lack of a single unifying narrator can sometimes make it a bit difficult to follow – though, in truth, this might be a combined slip of both author and editor for not catching the few chunks that have innumerable uses of “him” and “he”, but few names to indicate which man is being referred to, spoken of, or actually doing something. Sometimes, the story will shift from one camp to another with such suddenness that if you're paying much attention, you might miss it. A minor complaint, perhaps, and one that’s only really a problem near the beginning, but it all added to the rather odd style (I can’t quite put my finger on what was off about Anon’s style).

The first handful of chapters read like a string of Vanity Fair profiles of the key characters we’re going to be following through the novel. There’s also something Woodward-esque about the writing, although not as fluid. Each time a new character is introduced, we get what feels like an entire bio dropped on us. These are interesting, sure, and certainly realistic, but they have a tendency to ruin the flow of the story – especially when you take the lack of clear breaks in chapters. In any other novel, these would be described as “info-dumps” or clunky exposition. They were well written, and read almost exactly like profiles in VF or Newsweek and Time might read, which is fine, but not really the best way of introducing characters in a novel. When the novel finally settles down (after Morrison’s primary victory, which comes about a third into the book), and the campaign starts in earnest – complete with fixers, scandals, and dirty tricks – then the story gets going and the flow picks up and everything starts to feel a little more natural, a little more like the campaign episodes of The West Wing, populated by a more dysfunctional group.

“O” himself, when he actually features in the novel (which is not as frequent as we might think) appears trapped by the presidency. In one article about the book, a journalist complained about the characterisation of “O” was terrible because he complained about not being able to play golf. While it didn’t match the image most people have of Obama (something the fictional “O” mentions), I didn’t mind it so much – I have no difficulty believing that a president would get frustrated by the ‘bubble’ of life in the White House.

The president is portrayed as a rather unhappy man, aloof, but trapped in an “exhausting” system that won’t let him do his job properly, or live even a vaguely normal life, beset by “maddening” intrusions on his privacy – “the promise with which he had begun his administration, that he could elide the polarities of American politics, had vanished in the clashes and concessions of governing.” Morrison, as O’s opponent, paints the president’s travails in a different light:

After recognising that he’s attempted too much too soon in his first term, “overloading” the system with pushes for meaningful change, “O” considers the reaction to and critics of his presidency, and comes across as increasingly bitter:

“Well fuck them... Let the mouth breathers question my patriotism. Mt patriotism is more demanding than theirs. I don’t use it to inflame people’s prejudices. And fuck the professional Left, too. Let’s see them try to do what I’ve done. Let them try to make the history I’m making.”

There’s a character clearly based on Arianna Huffington, ‘Bianca Stefani’, who runs the Stefani Report:

“the news-aggregating, occasionally muckraking, blogger free-for-all website that became in the last campaign the cybernewspaper of record for leftist activists, intellectuals, and dilettantes from Williamsburg to West Hollywood”

In Stefani’s output, we get a recreation of the liberal disappointment in Obama (as can be found on the opening page of Eric Alterman’s Kabuki Democracy):

“The choice of Caleb Regan to run the president’s reelection campaign is the latest example... of how the progressive candidate elected on a message of hope and change has become another president captive to the reactionary and corrupt culture of Washington.”

The travails of eternally-spurned, yet ever-loyal Walter LaFontaine are quite endearing, amusing, but also sad – Walter has the undying loyalty of a puppy, and about as much awareness of subtext and condescension. Cal Regan’s constant need to respond to Walter’s requests for more responsibility in the campaign and his thoughts on strategy and policy will be familiar to anyone who’s ever had to deal with a subordinate you think little of, but the boss has a soft-spot for.

Perhaps it is because the author makes little-to-no-effort to hide who’s being satirized, that the novel feels awkward. True, the book would have received far less attention, but it might have been a better read if the author wasn’t straight-jacketed by his own gimmick or desire to remain true-to-life. I’m assuming – perhaps unfairly – that the author’s male, because of the way he portrays and writes women, which at times can be lacking in nuance. For example, Maddy Cohan is disappointingly cliché – she ticks every box a cardboard-cut-out, driven female journalist should.

In other instances, the author uses real-life clichés to illustrate how unoriginal, unimaginative, and lacking in ideas Republican attacks on Obama are (for example, Obama’s use of teleprompters, and the joke/belief that he’d be ‘useless’ without them).

The Republican candidate, Tom Morrison, is reminiscent of no current, likely GOP contender for 2012: he’s articulate, intelligent, likeable, sensible, and so forth – basically, everything Democrats see in and love about Obama. This could suggest the novel is a sad indictment of the Republican field, and an author despairing for the fractious buffoonery and love of pageantry, anti-intellectualism and sound-bite idiocy that has come to define ‘mainstream’ Republicanism discourse thanks to the Tea Party.

There was much ballyhoo on the internet a few weeks back when people suspected that Mark Salter was the author of O:APN – sometimes referred to as McCain’s double, the Senator’s frequent co-author of non-fiction work, and long-time political aide and campaign manager, some of the views expressed in the novel would appear to mesh with Salter’s. That being said, they mesh with what I imagine are a lot of Republicans’ private wishes and opinions of certain factions of the Republican political ‘tent’. For example, the religious right:

“Wasn’t it better, many evangelicals argued, to keep their distance from all aspiring Caesars and their own souls free of contamination by the duplicitous bargains that politics always involved? But temporal power, however transitory, is intoxicating even to the virtuous. And every four years, in Iowa’s abstruse and clannish Republican caucuses, evangelicals had power and found hard to resist the elaborate attention they received by exercising it in their exacting scrutiny of the candidates who courted their support.”

The candidate laments that he doesn’t have evangelical support, seeing it as the greatest weakness with which his primary opponents could take him down. Whenever the religious right comes up (which isn’t frequently), one gets a sense that the author is disappointed by the GOP’s religious-Stockholm Syndrome. Morrison also ponders the glee with which Democrats recognise that the “Tea Party’s support for the most controversial and ill prepared candidates in Republican primaries” works in their favour by scaring off independents and the ‘sane’ vote (my phrase), and also how the Tea Party’s pull might lure “the Barracuda” into the race – yet another transparent nod to Sarah Palin, who the author clearly doesn’t like or approve of, as evidenced by Morrison’s own thoughts on this Tea Party darling:

Ultimately, I think the novel will appeal most to political junkies and Washingtonians. Otherwise, it might come across a little strange and too like political journalism, which means most people would probably prefer to read actual news about Obama, his policies, and his staffers – of which there is plenty (it’s sometimes amazing how many volumes have already been published about Obama and his administration – some might say it’s overwhelming, even excessive). O:APN doesn’t have the style and panache of Primary Colors (the previous most-famous-anonymous-novel based on a real-life president), but it’s still an interesting and well-written novel (after it settles down), with a few amusing and eyebrow-raising moments. As a political junky, I also enjoyed the “who’s who?” element of reading the novel.

And, damn it, I really want to know who wrote it...

Posted by Civilian Reader at 9:55 AM