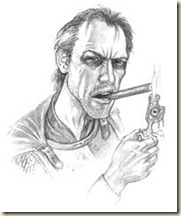 The next Discworld novel to be a new Vimes novel!

It feels like an age since Sam Vimes was the focus of a Discworld novel, but he is back as the star of Snuff, published in October 2011. Snuff is the ninth novel in the City Watch/Guards series, following on from the excellent Thud! (2005); and it will be the 39th Discworld book overall.

No artwork available as yet, but I’ll keep an eye out for it, and feature it on the site as soon as possible. Needless to say, the Guards have always been my favourite series-within-the-series, and I can’t wait for Snuff.

In other Pratchett news, The Long Earth series is going ahead (two books – one an omnibus of two novellas, one full-length novel) – a collaboration between Pratchett and well-known and successful science-fiction author Stephen Baxter, the first book should see an early 2012 release. 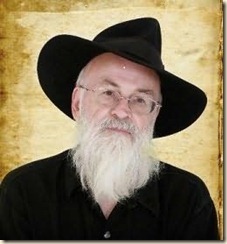 Posted by Civilian Reader at 12:09 PM