Long-time readers of this blog will know that I am quite fond of Dan Abnett’s writing – indeed, I have reviewed seven of his novels (not including short-stories featured in anthologies), making him the most-featured author on this blog, I believe.

From his highly successful and long-running Gaunt’s Ghosts Warhammer 40,000 war series, his three contributions to Black Library’s New York Times Bestselling Horus Heresy series, and his stand-alone humorous alternate-history novel Triumff, there seems to be no end to the man’s talent for writing engaging, thoughtful speculative fiction. I do not know his comic work as well as I think I should, but I do know that I’ve read a good deal of his work for 2000AD, which I read when I was younger. 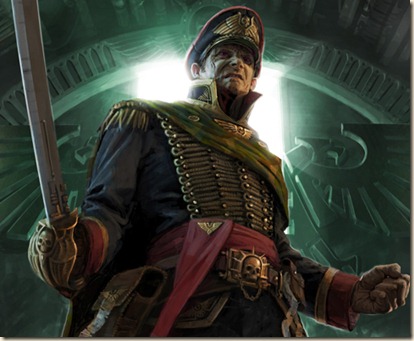 This past week, I was lucky that both Dan and his partner-in-all-things, Nik Vincent, were able to take some time from their busy schedules to answer some questions about their work. So without further ado, here’s what they had to say…

First off, some questions for Dan...

Prospero Burns, your latest novel in the Horus Heresy series (and New York Times Bestseller) was recently released. How would you introduce it to newcomers and also long-time readers of the series?

It’s the next epic chunk of the mythology, but it works as a stand-alone novel too. It’s about one (human) man’s interaction with the most savage and strange (post-human) Space Marine legion, and the truths he discovers about the heresy as a result. It’s about witnessing history. 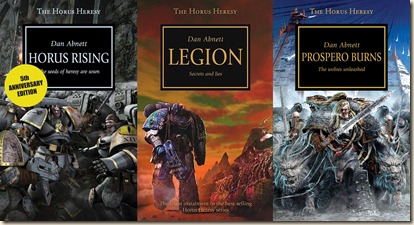 What’s it like working on such a large project with other authors, and how did you find the writing process for this novel? Are there any Horus Heresy storylines you’d like to pursue?

It’s enormously satisfying collaborating with the other BL writers, throwing ideas around, spit-balling. We push each other in interesting ways. And there are certainly events and legions I’d want to write about. Some of the most exciting are the ones that I’m doing next – which I’m not supposed to talk about!

Who would you say is the biggest influence on your work?

Undoubtedly Nik, as my first reader.

One of your most popular series is Gaunt’s Ghosts. Do you have any plans of revisiting the series in the future, and – after 13 novels (including Salvation’s Reach) – how much longer do you see it lasting? Any interesting observations about the development of that series (past and future)?

There’s a good way to go yet, at least four or five more novels before I foresee an end. I love the fact that, at nearly a million and a half words, it’s become so character driven and interwoven, and that people care about the characters – deeply.  I think it’s still staying pretty accessible though. It’s a proper, old-fashioned adventure.

Black Library is about to publish a collection of your Warhammer fiction: Thunder & Steel. What differences do you find, writing Warhammer and 40k fiction? Is there a big difference in your working practice? Do you think you’ll return to Warhammer-writing at any point soon?

I’d love to, but the demand is less. 40K is much more popularly taken up by the readers, and so that’s where Black Library likes to focus my efforts.  But I’d love to do some more. I have a splendid idea for a chunky Warhammer novel, and fantasy is a great change of pace.

What was it like being the writer for Games Workshop’s first movie? 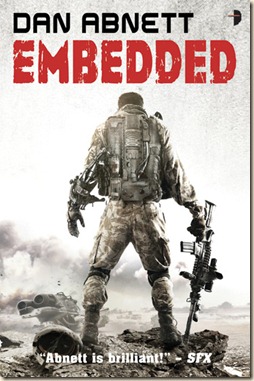 Embedded, your next novel through Angry Robot, is being released this year – what can we expect from it, and how did you come up with the premise?

It’s combat SF, so sort of the kind of thing I’m known for from Gaunt, etc. But this is a closer future, and the context is more political. It’s more of a tough-edged military thriller. It’s harder and less of a glossy adventure. It’s about a reporter who is literally embedded in a front line soldier to observe a war.  He sees through the soldier’s eyes, feels what the soldier feels. I’m not sure where the idea came from – it was just there one day. I’m extremely proud of the novel.

You wrote Hammers of Ulric and Gilead’s Blood with Dan (both are included in the Thunder & Steel omnibus). How do you feel about them, a decade on? Might we see more of Gilead and the White Wolves in the future?

I just re-read Gilead’s Blood and thought that it stood up rather well. I have a great fondness for those early Warhammer novels, and often wonder why we didn’t write more of them. There is some talk of revisiting Gilead, although nothing is written in stone yet. I’d certainly like to give him another outing, and it’s always a pleasure to write with Dan. 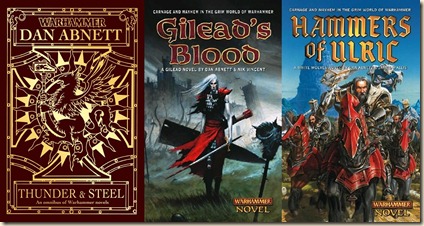 What was it like writing with Dan? Any artistic disagreements?

I’ve been working with Dan virtually every day for a long time, certainly since before the first Black Library novels. Writing is a solitary occupation, but I’ve always been Dan’s first reader and sort of PA, and I’ve regularly helped him brainstorm ideas and work up plots. Writing together is an extension of that process. We brainstorm the plots and then divide up the work. I think it’s made even easier because we live together, so Dan would only have to look up from his work and say, “Can you put a skin of good elf wine in your first chapter, so I can use it later”, and there it would be.

After your short story in the Sabbat Worlds Anthology, there have been hints that you might be returning to writing: can you confirm anything? (Truthiness of this statement, project details, etc.)

I was thrilled to be asked to contribute to the Sabbat Worlds Anthology, alongside three New York Times bestselling authors, and even more thrilled when readers seemed to like what I’d done. There is talk of a possible novel set on the same occupied planet, and I’d love to get to grips with it. Nick Kyme, who also contributed a great story to the collection, and who is on the publishing team at Black Library, is working with me on the plotting right now.

And questions for you both...

What were your first forays into writing? How do you feel about it/them today?

Nik: I wrote a novel when I was about 14 as a school project. It makes me cringe now, of course. Sadly, I no longer have those exercise books, but perhaps that’s just as well.

Dan: Probably writing and drawing my own comics, aged nine or ten. They probably do still exist, in an attic somewhere. That’s worrying.

How do you enjoy being a writer and working within the publishing industry? How do you find the differences working in fiction, comics and shared universe fiction?

Nik: I love to write, but, actually, I tend to think of myself more as a copy editor. I guess that’s all those years spent as Dan’s first reader.

Dan: I love my job, and I am very grateful for it. If I wasn’t doing it for a living, I’d be trying to find a way to do it. I really enjoy – and, creatively, benefit from – the variation the specific challenges of those different things offer.

What projects do you both have in the pipeline (novels, comics, etc.)?

Nik: I’m looking for an agent for three novels that I wrote over the last couple of years, so that takes up a chunk of time. I have three more novels that I’m working up research for, and, of course, I’m working with Nick Kyme and Christian Dunn on more Gilead and that occupation-word novel, so I’m pretty busy.

Dan: A new Gaunt’s Ghosts novel, a new Horus Heresy novel, a movie and two other book projects I can’t talk about, plus comics: Sinister Dexter, Heroes For Hire, Soldier Zero, The Annihilators...

Who are you reading at the moment (fiction and/or non-fiction), and which books/movies/etc of 2011 are you most looking forward to?

Nik: Right now, I’m reading Traitor General by Dan, as research for my 40K  novel, and I’m loving it. I rarely have the time to reread material, so this is a bit of a treat. I try to read a lot of the novels published by Angry Robot, as their output is very impressive, and I always look forward to anything new from Kaaron Warren, Lauren Beukes and Trent Jamieson, in particular. I also like to keep an eye on which art exhibitions are coming to London. Anything that stimulates the mind is grist to the mill when it comes to the work.

Dan: I’m reading a book on the siege of Byzantium, like you do. Then I fancy re-reading Foundation, and Alan Moore’s From Hell. 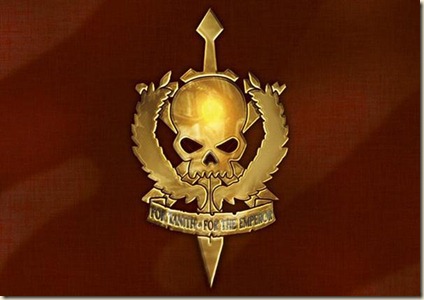