Geek Exchange got the exclusive for this cover reveal (this past Wednesday), but given how much I enjoyed the first two novels in the Shadow Ops series, I thought I’d share the cover for the third novel on here, too. So, without any further ado, here is the cover for Myke Cole’s BREACH ZONE… 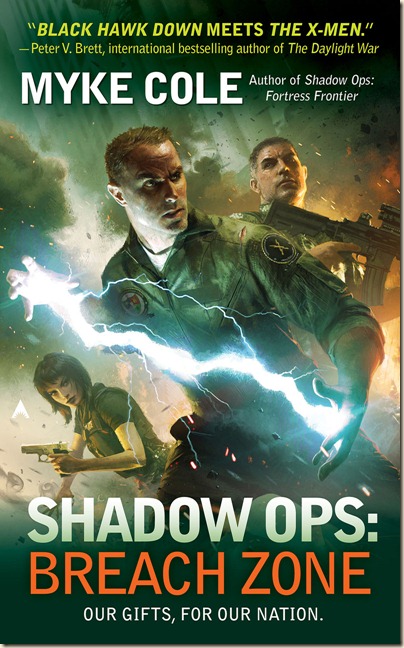 Personally, I think this is my favourite of the three US covers, now. I also really like the way the fella up front’s eyebrow is raised in an “I don’t think so…” manner. A nice touch. I like the green hue, too. Can’t wait to see what the UK cover looks like.

Breach Zone will be published in the US by Ace Books (Penguin) in late January 2014; and Headline in the UK, in mid-February 2014.