Not sure why, but the cover art for Robert Galbraith/JK Rowling’s The Cuckoo’s Calling makes me think of Vertigo Comics’ John Constantine/Hellblazer covers. 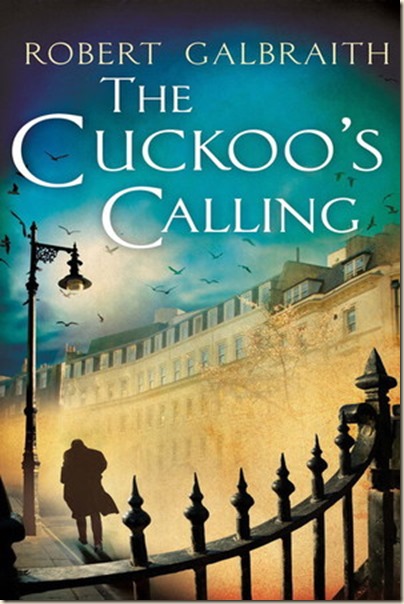 The shadowy figure scuttling away, the antique lamppost, the fire-like smog/smoke, the iron wrought fence, London… Ok, so the colour palette is a shade more chirpy than John Constantine’s covers, but if you were to darken it and swap out the birds for bats… Think it would work brilliantly. Below is the closest Hellblazer cover I could find after an admittedly very brief Googling session (by Simon Bisley)… 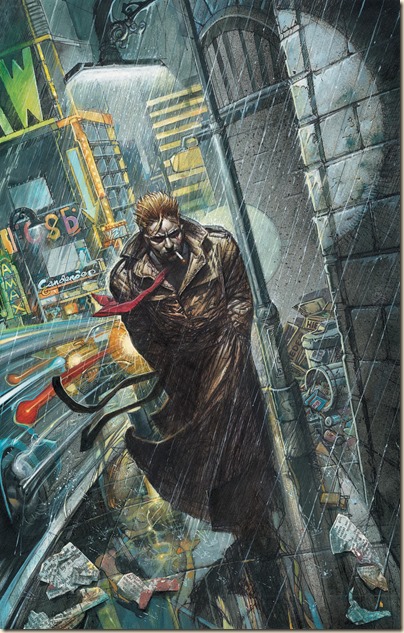 Incidentally, we were finally able to get a copy of The Cuckoo’s Calling (since the big reveal, all of my local booksellers have an abundance of copies), and Alyssa blitzed through it in a single day. She said it was really good. I’ll try to get to it in the next couple of weeks, but I can’t promise anything. (Too. Many. Awesome. Books. To. Read.)

Also, in related news, the article in last week’s Sunday Times about the revelation that “Robert Galbraith” was really JK Rowling was the worst bit of journalism I’ve read in a long while. The article is behind the pay-wall, but here are two choice bits that irked me. First of all, the author of the piece was really scraping the barrel, claiming Rowling-as-Galbraith was an elementary deduction, making the article little more than a piece of I-Am-More-Awesomely-Deductive-Than-Thou puffery. The “killer clue” that tipped them off? Yeah, someone told her outright! But after that, the journalist insists,

So, a nice spot of celebrity name-dropping, and a single-handed writing off of 99.99% of female authors who may wish to ever write about high society in the UK. The Sunday Times has spoken: you will never do it convincingly. If you are male? Well, forget it, too. According to the author of the ST piece, men can’t write women well enough or convincingly. The idea that a debut author couldn’t have done this? Unbelievable. The article got worse, however:

“It all became so obvious: the themes of the books are Rowling’s and are subjects she addressed in last year’s The Casual Vacancy – and in the Harry Potter books: noble small people; ghastly, spoilt wealthy ones; social injustice; race; poverty; being in the wrong family…”

So, going by this ‘logic’, Rowling also wrote Gossip Girl… These are universal, as-old-as-time literary themes, and are not the sole (or even rare) province of Hogwarts…