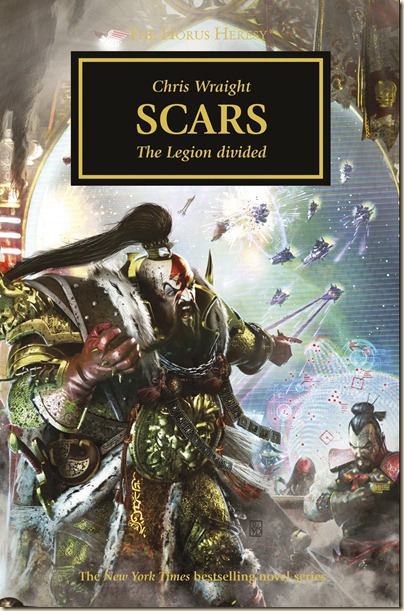 So, while I was googling about for information for my previous post, about Aaron Dembski-Bowden’s upcoming Abaddon: Talon of Horus novel, I also stumbled across information about this novel by Chris Wraight, one of Black Library’s best authors. Long-time fans of the Horus Heresy series will finally be getting what many of them have always wanted: a novel featuring the White Scars legion! Here is an early synopsis for Scars (I also don’t know if this is the final cover, by the way):

Jaghatai Khan and his White Scars Legion must choose - the Emperor or Horus?

Fresh from their conquest of Chondax and the discovery of Horus’s rebellion, Jaghatai Khan’s warriors stand divided. Long considered one of the less trustworthy Legions, many of the White Scars claim to owe their loyalty exclusively to Terra, and others still to the Warmaster and his warrior lodges. But when a distress call from Leman Russ of the Space Wolves brings the wrath of the Alpha Legion to Chondax, the Khan’s hand is forced and the decision must be made – in the great war for the Imperium, will he side with the Emperor or Horus?

I can only assume Black Library will use the release of this novel to also release Wraight’s Brotherhood of the Storm (a formerly limited edition White Scars Horus Heresy novella) in a new format, too – as they have done with Nick Kyme’s Promethean Sun in advance of Vulkan. I’m really looking forward to this one, too – it is apparently due for publication in May 2014. Some particularly intriguing titles coming from Black Library in the next twelve months or so. Watch this space for more. 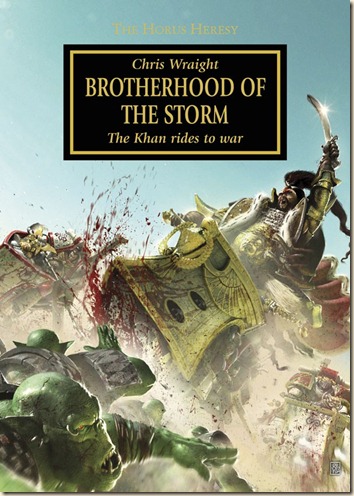