Guest Post: “The Yesterday That Never Was” by Aidan Harte (Jo Fletcher Books)

Today, I bring you a guest post by Aidan Harte, author of the historical fantasies Irenicon and The Warring States. Here, he discusses how authors perceive and play around with the historical periods they can write in…

THE YESTERDAY THAT NEVER WAS 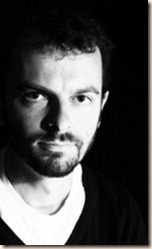 Fantasy and Historical Fiction are in essence extreme forms of Travel Fiction. They take us to destinations that can’t be otherwise reached. Historical Fantasy is a hybrid for brave souls looking for untraveled paths in unmapped lands. Its terrain is more expansive than it was – as the world tilts, reorienting itself to an Eastern pole, the West is no longer the default setting.

1. Immerse the reader in another era.

2. Keep him from drowning in it.

The same onus falls on the writer of Historical Fantasy but he has an extra challenge – after building a believable world, he must test it to breaking point by introducing unbelievable elements. Happily, that’s not as difficult as it sounds. Privately, each of us believes that everyone who died before we were born was a sucker. They don’t know what we know and we can never forgive them for it. Just as the untraveled believe absurdities of foreigners, we patronise to people imprisoned in the past’s dusty mausoleum in a way we’d never treat those lucky enough to cohabitate the same point in time and space as us.

All this is to say that the average reader, whatever he tells himself, really has no trouble believing that citizens of olden times were credulous as slow-witted children. Given that, the introduction of supernatural elements is a doddle. Dragons are only marginally less improbable than the Charleston. Our condescension is not altogether without wisdom. The fact is that people living in pre-scientific societies did not delimit the supernatural from the everyday as rigorously as we Moderns. The average medieval chap would be surprised to see a unicorn, but not nearly as much as you – I’m assuming that you’re not reading this blog from an explored tract of the Amazon. 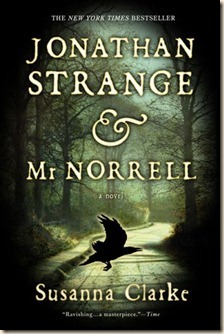 In the end, the fantastical elements in any novel are distracting fireworks that count for little if the bedrock of character, plot and storytelling is absent or faulty. The art is to find an intellectual and emotional connection between the reader and the past. I’ve praised Jonathan Strange & Mr Norrell before, but some things bear repeating. Susanna Clarke inhabits her chosen milieu completely. Her infectious wit and generosity draws us helplessly in. The manner she treats the squabbling magicians bursting into Regency England as kindred spirits to the Romantic poets is inspired. It’s not the spells we remember so much as the awkward double act of Strange and Norrell, the noble manservant Stephen and the masterful Duke of Wellington.

That effortless marriage of voice and subject was a continuing inspiration for my Wave Trilogy, although the tone is very different. Irenicon and its sequel The Warring States are set in Etruria, an Alternate History Italy. The most challenging part of realising this medieval world was not creating the mysterious Waterfolk, or the flamboyant martial arts, or the baroque arch-villainy of Bernoulli. All that was pure imagination and came easy. What I really sweated over in the first book was rendering the conflict that was tearing the small town of Rasenna apart. It wasn’t that I lacked inspirational material; anyone perusing a history of medieval Italy will find conflict aplenty, but all the research in the world doesn’t help when you can’t see the living people underneath. You have to be able to smell their breath. It took me a while to understand why the Guelphs and Ghibellines keep quarrelling. The minutia of titles, dates and details obscured the human passions. The truth is that it wasn’t an abstract quarrel for primacy between the Holy See and the Holy Roman Empire that kept the city-states boiling. The factions’ banners were pretexts, vaporous as the shadow battles over “hinge issues” that animate the election years of our democracies. What was and is at issue was power. Who holds it. Who wants it. Once I realised that, realising the inherent drama was easier, though I still had work making a world of guilds, priests, contessas, and strange Italian names inviting to modern readers. 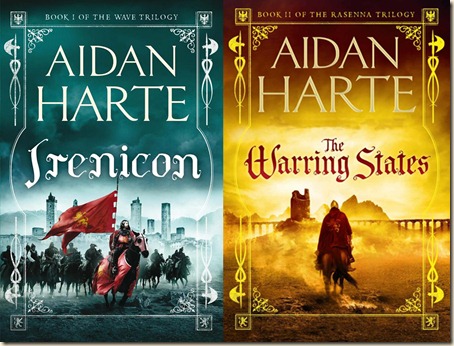 This business of making readers at ease can be taken too far. The past remains another country. The average medieval person had views on morality that make the Taliban look easy going. Saints and relics occupied a space in 14th century Italy filled by iPads and smart phones today. I’ll buy just about any anachronistic mechanical contrivance in my Steam Punk novel, but nothing jars more than Victorian characters with the mores of 21st century hipsters. Why ever leave the sofa if we’re all the same?

We travel to experience the world’s variety but some contemporary authors, certainly those writing Literary Fiction, tip toe and genuflect around the issues of race, gender and age. This is patronising in a terrible new way. The joy of traveling is to see strange sights, people we’re not used to, smells that make us dizzy, flavours that make our tongues beg for mercy. Victorian authors, God bless their jodhpurs, had none of this pusillanimity. When Ryder Haggard had a yarn to spin, he waded into the unknown with aplomb – sensitivities be damned – and readers love him it. 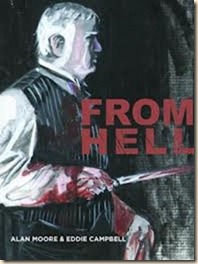 The sense of discovery is part of Historical Fantasy’s continuing appeal. It’s increasingly hard to imagine life Before Google, that benighted era we left behind in 1996. The world BG was a world where ignorance, speculation and rumour were the rule. The past is a place where the most fantastical things are routinely accepted. If an unmapped world could contain Australia and the Americas then why not unicorns and dragons too? The most ambitious Historical Fantasies pull us over the borders into the unknown. Peter Ackroyd (in Hawksmore) and Alan Moore (in From Hell) take the reader on tours of two very different Londons and make a convincing case that doers of dreadful deeds make their own reality. Cormac McCarthy’s Blood Meridian can be read as Historical Fantasy. Its setting is clearly the 1850’s Mexican borderlands but the villainous Judge Holden – polyglot, immortal, alchemist – is an ogre direct from the Grimm’s fairy tales. Or perhaps he’s just a flamboyant fraud. Or perhaps he’s a figment of the narrator’s imagination. McCarthy’s expansive, elusive prose allows for many interpretation.

At its best, Historical Fantasy pits its constituent parts – History and Fantasy – against each other. That inner tension, that vast uncertainty, is why we love it. Ultimately none of us are quite as sure of ourselves as we pretend to be. How pleasant to go somewhere now and again, where absolutely nothing is certain.

Aidan Harte’s IRENICON and THE WARRING STATES are both out now, published by Jo Fletcher Books in the UK.

Also on CR: Interview with Aidan Harte, Excerpt of Irenicon