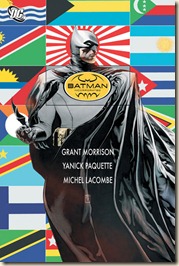 The next stage of evolution of the Dark Knight. Bruce Wayne publicly announces that he is the financial backer of Batman and establishes a worldwide franchise of Batmen that will protect the entire globe.

This is the beginning of a stunning new direction for the world’s greatest detective that will team him with Catwoman, Batwoman and Batman Inc. representatives on international crime fighting missions against Lord Death Man in Japan, South America and Argentina.

So, Grant Morrison. We meet again... I honestly don’t know what to make of him. I can’t tell if he’s taking the piss and just falling flat, or if he’s a subpar writer who happens to have a massive following that allows him to write this drivel.

The book is littered with cringe-moments. The first villain they square off against (in Japan) is the “Mighty Lord Death Man. At one point, while driving through Tokyo in a rare-fancy-looking super-car, he says,

“I read somewhere that violent, antisocial crime’s almost unheard of in Japan. How’s about we take them to school? LORD DEATH MAN! I AM THE HEADMASTER!”

Are you serious? There’s an quality to his writing that could (if we were being charitable) be argued to be classic-camp, but rather than being endearing or amusing, it’s just plain irritating. Batwoman resorts to tired hyperbole when she faces off fleetingly against The hood, informing him that “an orbital maser cannon is targeting your spinal column.”

Along with Catwoman and Batwoman, we also meet Batwing (now with his own series), Nightrunner (features in Gates of Gotham graphic novel as a back-up story), and a selection of other new members of Batman Incorporated. And some silly villains.

I think the best line in the book came from one Mr. Albion: “You’re not funny or provocative or whatever it is you think you are”. I’m afraid I could not agree more. 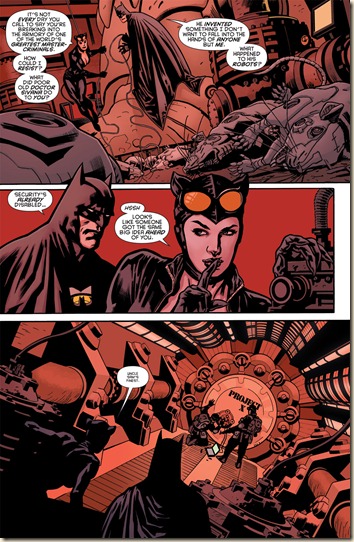 The artwork's pretty good throughout, but I particularly liked Paquette’s and Stewart’s. They were cleaner, and just looked better. In chapter four, Burnham does a nice job of re-creating the classic Batman comics-look for some flashback scenes. That’s not to say the book is without ridiculous, contortionist Catwoman poses (they’re compulsory, right?). The CG chapter was intriguing, but got boring quickly – the premise was pretty solid (internet 3.0, there’s a virus, and apparently Batman Inc. has software for that…), but again it just failed to deliver on its promise. 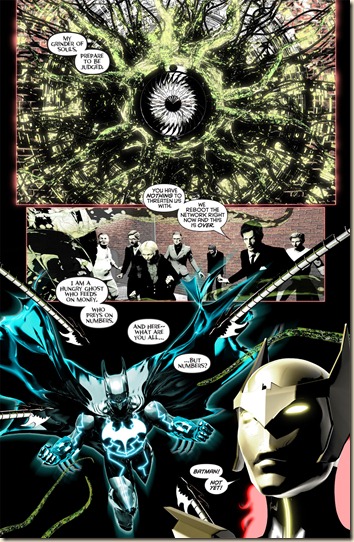 One again, it’s seems to be a case of a worthy premise, lousy script-execution and dialogue, but married with some very good artwork. This is better rendered than All-Star Superman (which I still think is terrible), and Paquette and Stewart’s artwork is consistent and very well done. I almost stopped reading it quite early on (about three chapters in), but the artwork kept my attention.

One for completists. Otherwise, I’d say skip it.

Posted by Civilian Reader at 4:50 AM