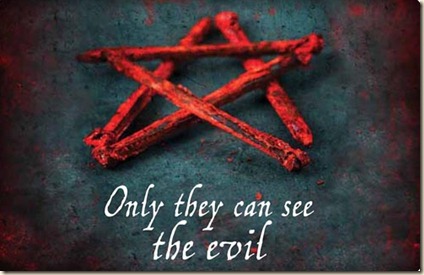 Paul Cornell has written some great comics (Demon Knights and Saucer Country most recently, but also Action Comics and more), as well as for Dr Who and other fiction. With the release of his latest novel, London Falling, I thought it would be a perfect time to ask him about some of his recent work. In this interview, we learn more about Paul’s writing, his thoughts on genre, and I also discover that he’s no longer writing one of my favourite series…

Let’s start with something relatively straight-forward: Who is Paul Cornell?

Like that’s straightforward. I’m a writer because I failed at being a scientist. I’m married to a priest. I’m deeply suspicious of agreement in any form. 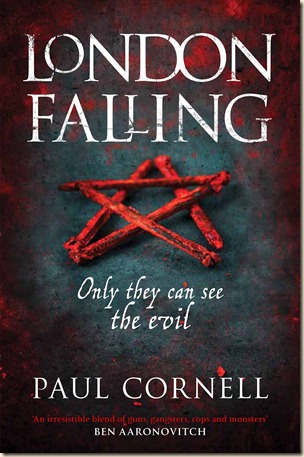 I thought we’d start with your fiction: Your latest novel, London Falling, was recently published by Tor. How would you introduce the novel to a potential reader? Is it part of a series?

It’s “The Wire do Buffy”, a modern day London Metropolitan Police undercover team gain, accidentally, the ability to see the monsters and the magic, and decide, after freaking out for a while, that they have to use real police methods against it. It is indeed part of a series, but a single case is closed in every book.

It was an idea I'd had for the longest time, and I wanted to find a way to talk about modern life through fantasy. Everyone gets inspiration for fiction. Writers are just the ones who carefully write it down rather than forget. 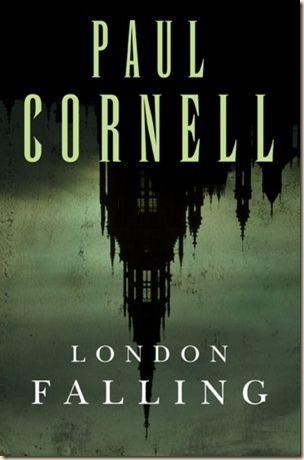 You are also a comics writer, recently working on Saucer Country (Vertigo) and Demon Knights (DC). 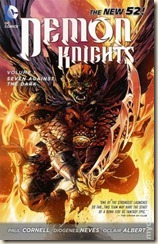 As part of the larger DC Universe, how have you approached Demon Knights, and where do you see the story going in the future?

Well, I’ve left Demon Knights, so I see that going exciting places under a new writer…

That is very sad news, as Demon Knights was one of the stand-out New 52 titles, thanks in large part to Cornell’s scripts. Moving on…

As an original series, what inspired Saucer Country, and what plans do you have for the series in the next few months and/or year? 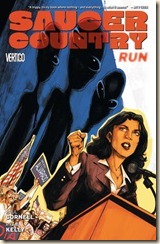 I wanted to write about my life-long interest in UFO mythology: how varied and interesting it is, how much a reflection of American life. We’ve got a one-off issue coming up that involves fairies, which I’m very proud of, and then we go into a three-parter set on the day of the election, when Arcadia finally finds out if she’s going to become President.

How were you introduced to genre fiction and comics?

My older brother, off in Australia, left sealed boxes of SF books and magazines in the loft. I opened them, and found all sorts of exciting things. Dad always bought me comics, and his purchase of Avengers Weekly rather changed my life.

What are the biggest differences between and challenges of writing comics as opposed to prose fiction?

It’s technical stuff, about how you use time and space. Prose is really the default where you can do anything, comics and TV are odd media that require alterations to what one would naturally do in prose.

I love what I do. I’m very fortunate to be able to make a living like this, but getting here was insanely hard. I don’t think most people get how hard professional writers have worked. There’s always an interesting trade off between audience needs, finance and art, but that’s what makes it interesting. 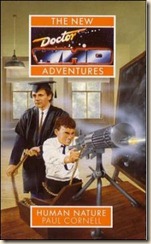 I dropped out of University College London, where I was studying Astrophysics, and had to find some way to make a living. I’ve been writing since school, but my first cheque came for a review in Starburst magazine. I won a contest to get a play on BBC2, and then came my big break into Doctor Who books, based on a spec manuscript submission. I never like my old work, but I’m glad it all happened.

What’s your opinion of the genre (both prose and comics) today, and where do you see your work fitting into it?

I think the nature of SFF is changing, quite swiftly, that it’s being embraced by a mainstream audience, and that only the forms that cater to that, rather than hide in genre assumptions, will survive. I’m quite pleased that’s happening, because I’m hugely fed up with the genre ghettos. The mainstream public have a much better idea of what an actual future might be like than SF Fans do now, and that’s both a crying shame and a good moment to open the doors and say let’s get some air in here. Comics, in the sense of super hero comics, comic shops, that whole mechanism, is coming to an end. But comics as a medium is flourishing.

I’m working on loads of stuff I can’t tell you about yet. There’ll be a sequel to London Falling in December, and new Hamilton and Wild Cards stories this year.

What are you reading at the moment (fiction, comics, non-fiction)?

The publication of the sequel. Seeing how my son Tom develops.