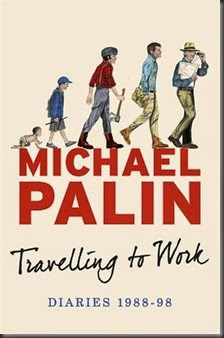 After the Python years and a decade of filming, writing, and acting, Palin’s career takes an unexpected direction into travel, which will shape his working life for the next 25 years. Yet, as the diaries reveal, he remained ferociously busy on a host of other projects throughout this whirlwind period.

Travelling to Work opens in September 1988 with Michael travelling down the Adriatic on the first leg of a modern-day Around the World in 80 Days. He was not the BBC’s first choice for the series, but after its success and that of the accompanying book, the public naturally wanted more. Palin, though, has other plans.

Following the tumultuous success of A Fish Called Wanda, he is in demand as an actor. His next film, American Friends, is based on his great-grandfather’s diaries. Next he takes on his most demanding role as the head teacher in Alan Bleasdale’s award-winning drama series GBH. There is also his West End play, The Weekend; a first novel, Hemingway’s Chair; and a lead role in Fierce Creatures, the much-delayed follow-up to Wanda.

Michael describes himself as “drawn to risk like a moth to a flame. Someone grounded and safe who can be tempted into almost anything.” He duly finds time for two more travel series – Pole to Pole, in 1991, and Full Circle, in 1996 – and two more best-selling books to accompany them.

These latest Diaries show a man grasping every opportunity that came his way, and they deal candidly with the doubts and setbacks that accompany this prodigious word-rate. As ever, his family life, with three children growing up fast, is there to anchor him.

Travelling to Work is a roller-coaster ride driven by the Palin hallmarks of curiosity and sense of adventure. These 10 years in different directions offer riches on every page to his ever-growing army of fans.

This is yet another excellent instalment in Michael Palin’s series of diaries. Unlike the first two audio editions, this one is unabridged. This series is a real must for fans of any of Palin’s work: Palin is genial in his delivery, and there is plenty of gentle comedy. It was a welcome ‘more of the same’.

Much of what I said about the previous two books is true again here: Palin’s performance is excellent – clear and welcoming; the humour is light; and Palin is unfailingly polite and loyal towards his colleagues. In this third volume we get learn about his travel programs, and a bit more about his family life and other non-Python projects. As before, it’s nice how often the other Pythons appear in the diaries in social situations.

Strangely, the one thing I really wanted with the first two volumes ended up being a bit of a weakness here: the fact that this is unabridged makes it much longer (roughly four times as long, actually). While this did allow for a lot more exploration of Palin’s thoughts on the various projects he was working during the years covered, as well as his impressions on news and people who entered his orbits… It also felt just a little over-long. That being said, it was still an enjoyable listen. I’m not as familiar with the work he discusses in this collection – my experiences with his work have been predominantly Python-related and A Fish Called Wanda. There were times when I zoned out just a little bit, and it wasn’t too difficult to pick up Palin’s thread again upon my return.

Overall, this whole series has been great. You’ll learn a lot about Palin’s character and his work, and it has made me really interested in revisiting Monty Python’s movies and A Fish Called Wanda, and also check out his other work that I haven’t yet seen. Or read – I’d like to read his novels, too.

Certainly recommended, although if you love the brevity of the first two audiobook, you may find this a little bit long-winded. If, on the other hand, you’re up for a long, gentle listen, Travelling to Work will suit your needs perfectly.

It’ll be really interesting, now, to read/listen to John Cleese’s new biography and compare the two actors’ recollections on the Python projects. I see much more Python reading and listening in my future… 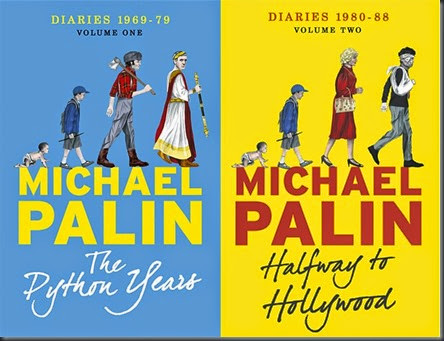