Just a very quick post. I went out to an exhibition of some of John Wayne’s possessions (the family are auctioning off a bunch of it, because there’s just so much stuff). While there, I managed two geek sightings and I thought I’d share them up on here.

First up, proof John Wayne had good taste in books: 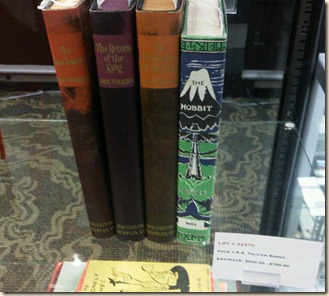 Yup, those are the John Wayne’s copies of Tolkein’s The Lord of the Rings trilogy and also The Hobbit.

And secondly, one for Supernatural fans (among which I am most definitely to be counted): 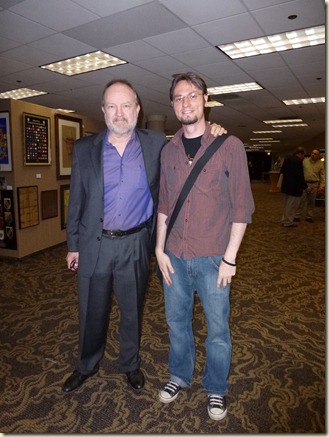 That’s me and Jim Beaver, who plays Bobby Singer! In the show he usually looks something like this, about to kill a beastie: 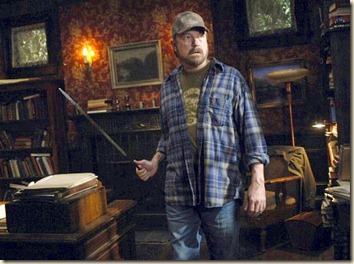 He was very friendly, and he was very gracious about my intrusion on his time.