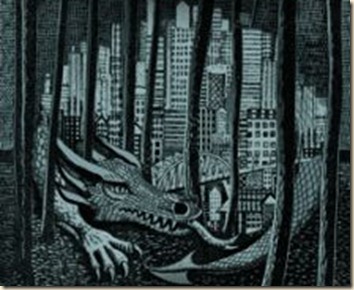 Next month, Jo Fletcher Books will publish the first in a new fantasy trilogy by award-winning Australian author William Elliott (his debut novel, The Pilo Family Circus, won the ABC Fiction Award). After reading the press release, I was intrigued by the premise of his first fantasy novel, and wanted to find out more. Will was kind enough to answer my questions about his series, writing and more. And it’s possible that I made up the genre “Portal Fantasy”, or at least misunderstood what it is…

The Pilgrims falls into the category of portal fantasy (I believe). What is the attraction of this sub-genre for you, and how did you come up with the idea?

To be honest I don’t even think in such terms, and this is the first time I’ve heard of “portal fantasy”. I’ve enjoyed working with fantasy which begins in our world then encounters a new world. Why this appeals, I’m not entirely sure... I suppose to make the fantasy world have some opportunity at relevance to our world, or to draw parallels to our world.

The idea was one of those “just came to me” things, because I was trying to find a plausible way to make worlds collide/interact, and stretching my mind to do so. Then just thought, “fuck it, how about they go through a door”. The rest of the book was complicated enough that this simple device really appealed. That initial idea was just the way into the story, then it was a case of trusting intuition with the rest of it. 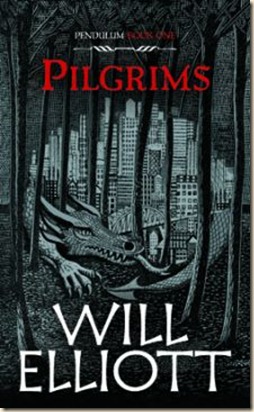 I don’t enjoy it at all, and wish there was something more useful and lucrative that I was good at. We are entering, I believe, a time in history when made-up stories are not going to be in particularly high demand, for one reason or another. Re: writing practices, yes, I’ve got a pretty established formula now for coming up with long stories, mainly involving coffee, complaints, shaking a fist at the heavens and cursing my fate. In between all this, I somehow get some words down. 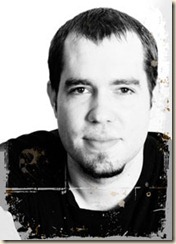 I knew as a child where I was headed, but it was subconscious and barely something I thought about at all. I do not look back fondly on my foray into this craft – my apologies, but I have to be honest here, to the extent that it’s possible to be.

I have a low opinion on fiction writing in general, books which look deeper are what interest me, and in fantasy, not much seems to do that anymore. I rarely finish a book these days. Gene Wolfe in my view is head and shoulders above all other  spec-fiction practitioners, and I cannot see that changing any time soon. The rest just appears to be cotton candy entertainment. As for my own books, they’re just more literary cheeseburgers for feeding and distracting people from reality. Chow down.

You’re from Australia. Australia seems to be producing an incredible number of gifted genre authors. Is there something in the water?

I may or may not review some half-finished manuscripts, but I’m in no hurry to do it. Won’t be writing any new novels any time soon.

When possible, I research hidden histories, which I find far more interesting than books we’re sold in book stores.

You’d have to ask the readers, I have no idea what may surprise them.

I’m looking forward to more surprise acts on the world stage. It’s one hell of a show and it’s just getting interesting. There may still be time to make popcorn before the main act begins.

The Pilgrims will be published towards the end of November in the UK. The other novels in the series, Shadow and World’s End, will follow soon. Here’s the artwork: 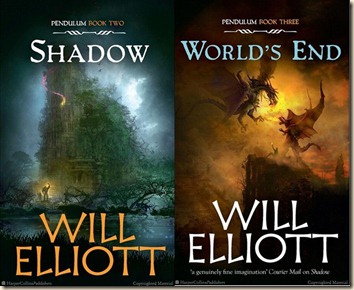