Now that there’s a UK cover, I thought I’d take this opportunity to mention the second novel in Django Wexler’s flintlock fantasy series, The Shadow Campaigns: THE SHADOW THRONE. Interestingly (to me, anyway), this time I think I prefer the US cover over the UK artwork: 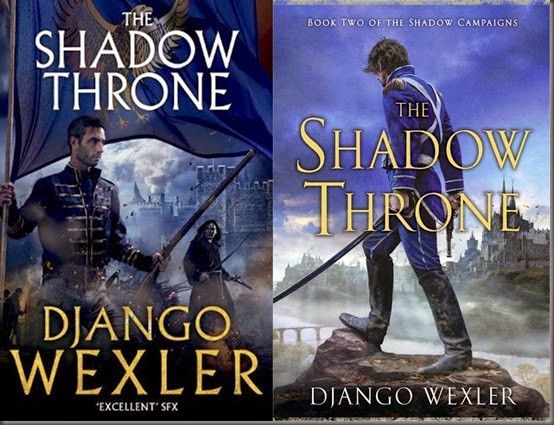 The Shadow Throne is due to published in July 2014 by Del Rey UK and Roc Books in the US.

Posted by Civilian Reader at 8:31 PM