An Interview with CRAIG CORMICK 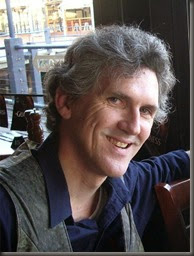 Let’s start with an introduction: Who is Craig Cormick?

To misquote Miley Cyrus, “I’m just a guy.” Well, my kids think I’m just a guy, but they don’t know that I actually live a secret life creating wild new worlds, and sword-fighting evil villains and saving them from catastrophic harm.

Otherwise, I’m an author and science communicator. I’ve published over 20 books and over 100 short stories and about 20 academic journal papers and I love playing with genres, mixing fiction and non-fiction, playing with history and creating new things out of it.

I have several different lives and I know some people have Googled me and then asked, “Hey do you know this other Craig Cormick guy who has been to Antarctica/writes about biotechnology/is a social scientist/won this prize/etc.?” They are all me.

Your novel, The Shadow Master, is due to be published by Angry Robot Books in July 2014. How would you introduce the novel to a prospective reader? Is it part of a series?

I’d tell them that it’s a kick-arse tale of alternative history, love and conflict, madness and magic.

Yes, it is going to be part of a series, and I’m just completing book two right now.

For a bit more info on the book, imagine a city something like Florence. A walled city, to protect it from the plague that is ravaging the countryside. Then imagine two warring houses, the Medicis and the Lorraines. Both are battling for control of the city. And next imagine each House has in its employ a learned man – Galileo and Leonardo, who are versed in the arcane arts of science, that can control time and space and the very laws of nature. So science works like magic in this world.

Then imagine two lovers – Lorenzo and Lucia, who discover that together they too can change the natural laws of the world. But each belongs to a different warring house that refuse to let them be together.

And amongst all this there is a mysterious stranger – the Shadow Master. He is a hooded man that carries technologies not known in this world. He seems to understand all the mysteries of the Walled City, and even the long-lost secrets of the ancients, who built the walled city. And he possesses the knowledge as to how Lorenzo can save Lucia - and save all of civilisation while he is at it.

It’s got sword fights and mad clerics and bombs and magical shape-changing people and an army of plague victims and fire and water and a wise-arse mystery figure. It has everything except a car chase! 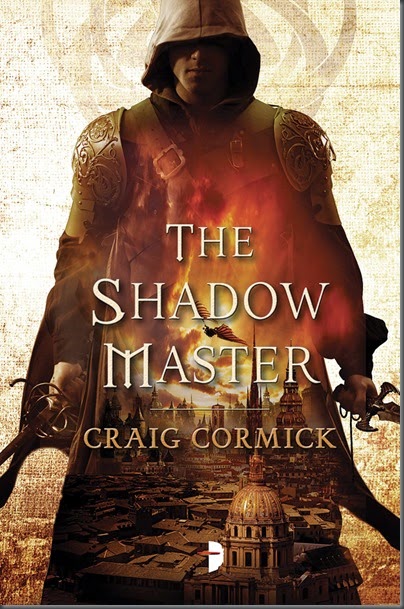 I have been lucky enough to have travelled a lot in my work as a Science Communicator, and I was a conference in Florence a few years back, and while walking around the Galileo museum that I got this idea – what if science behaved like magic. So what if when Galileo invented the telescope it actually transported you across to what you were looking at – and what if the early chronometers actually slowed down time? And it all started forming out of that magical moment. 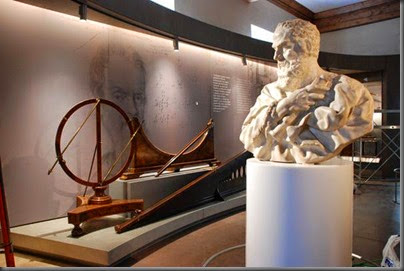 For most of my life I’ve been what might be described as a writer of ‘Literary Fiction’ – but I crossed over from the dark side after meeting people who were writing SF, and attending some of their conferences – and I have to tell you the SF or genre fiction community is a lot less bitchy and more supportive than the literary crowd (oops – did I say that out loud?)

Like many authors I think it fair to say that I love writing a whole lot more than she loves me back. I’ve had some good successes, publishing over 20 books, but I’ve had a few spectacular failures too. The publishing industry itself is an arcane beast, I find, that is best kept on a chain, for you need to keep an eye on it, but if you get too close you’ll not only see the ugly side up close, but you might even get gobbled up and spat out.

Good question, though I find that each different book I’m writing seem to have a different path to completion. Some I’ve just sat down and started toying with ideas and seen where they take me, and others I’ve meticulously planned and plotted out. I had a rough idea where I was going with the Shadow Master and let it take me on a bit of a voyage, but the sequel has been more carefully plotted out.

My general writing plan is to just get the words down first. (Novels are written by doing a few pages a day.) And then, when I’ve got those words down I can look at them and start reworking them. My general claim is that I’m not a great writer – but I’m a really great rewriter!

I still have my first book – it was called The End of the Second Eon and was a hand-written fantasy book, that I wrote and illustrated when I was about ten-years old. It had knights and ravens and magic and... hmmm, I’d better go and dig it out and look it over and see if it was truly atrocious as I fear, or whether there might actually be the gem of a good idea in there.

I actually don’t spend too much time dwelling on the genre, nor the sub-genres and where things fit into it, as I think that can get in the way a bit of what you’re working on – striving to fit a genre rather than let the story wander a bit.

There’s always quite a bit in my pipeline and I’ll probably need to call a plumber around to clear it out – but there’s Shadow Master and the Floating City (the sequel), a novel about Adolf Hitler having been found hiding in a small fishing village in Australia during the Falkland’s War, and I’m also finishing up a book on the science of the Australian Bushranger Ned Kelly. I’m editing a collection of pieces from all the different scientists who have worked on identifying Ned Kelly’s bones and remains that were recently located at a prison cemetery. It involves forensic pathology and DNA testing and archaeology and detective work through the records and is absolutely fascinating story. Watch this space!

Next to my bed are several books calling out to me, “Read me! Read me! Please read me!” Those calling the loudest are Gillian Flynn’s Gone Girl, Robin Hobb’s The Royal Assassin, and a Smurf comic book. 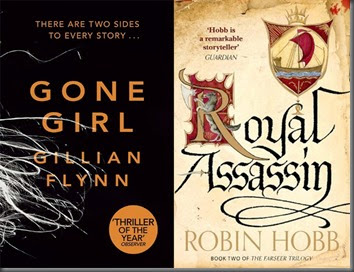 I have a twin brother (“My Evil Twin” we both describe the other as). He’s a medical doctor, I’m a PhD doctor. We both have fairly similar tastes, though like many twins – when we’re living close to each other we tend to be buying different clothes and books and things – but when we aren’t in close contact it is like we revert to type rather than try and assert our differences, and start buying the same types of things as each other.

I’m sometimes asked, what’s it like to be a twin – but I have to ask, “What’s it like not to be?” (And it’s nice to have someone who will NEVER forget your birthday!)

The Shadow Master will be published in North America and in eBook on June 24th 2014, and in the UK on July 3rd 2014, by Angry Robot Books.